The rising cost of carbon dioxide could add £1.7bn to the cost of UK groceries, affecting ‘everything from beer to bacon’ – a new analysis revealed today.

Research by the Energy and Climate Intelligence Unit (ECIU) suggests the UK’s food and drink sector could foot the huge extra bill for liquid CO2 if gas prices remain high. 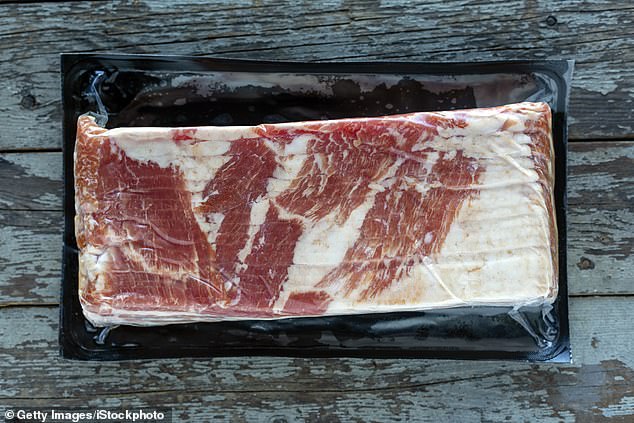 CO2 used to carbonize drinks, stun and kill animals, and refrigeration. Pictured is a pack of bacon

Commercial energy prices in the UK have exploded over the past year, accelerated by the Russian invasion of Ukraine. The move has severely impacted industries dependent on carbon dioxide, with production also disrupted due to rampant inflation.

Rising prices led CF Fertilizers to propose in August to stop production at its ammonia location, where CO2 is formed as a by-product.

CO2 is used in many sectors, but mainly in food and beverages, including pig and chicken slaughter, to add effervescence to beer and soft drinks and in the safe packaging of food.

There are fears that gas prices will rise further, or even cut supplies, causing the price of liquid CO2 to rise further or a repeat of last year’s deficit.

Companies in the food and beverage sector are already paying significantly more for energy than even a few months ago.

In the first quarter of 2022, companies such as pubs, farms and supermarkets paid 71 percent more for gas than in the first three months of 2021. 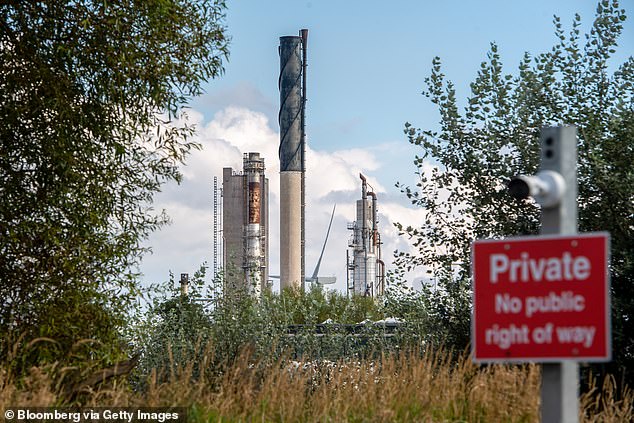 Rising prices led CF Fertilizers to propose in August to stop production at its ammonia site in Chester (pictured), where CO2 is created as a by-product.

Fay Jones, MP for Brecon and Radnorshire and chairman of the Farming APPG, said: ‘The price of gas adds thousands of pounds to household energy bills.

“Like last fall, it could affect the supply of CO2 and fertilizers and drive up the price of everything from beer to bacon.”

Matt Williams, leader of the climate and land program at the Energy and Climate Intelligence Unit (ECIU), said: ‘The UK’s reliance on fossil fuels affects more than just household energy bills. It could bring the food and drink system to its knees.

Rising energy costs add hundreds of millions of pounds to the food and beverage industry that customers may find difficult to avoid.

“If high gas prices, or even blackouts, force factories to close, it could pose major problems for farmers and the food and beverage industry.”

“The most significant impact has been seen in carbon dioxide, where skyrocketing energy bills have led to plant closures predicted as gas prices make fruitful production unfeasible and drive carbon dioxide prices above 400 pc,” she said. the Telegraph.

‘This has a knock-on effect on the costs and supply of an important part of food production and will further increase prices for the hospitality industry and its customers.

“It is a further indication why in the hospitality sector, energy support alone will not be enough to cover the costs of doing business and that more will be needed to protect consumers from further inflationary price increases.”