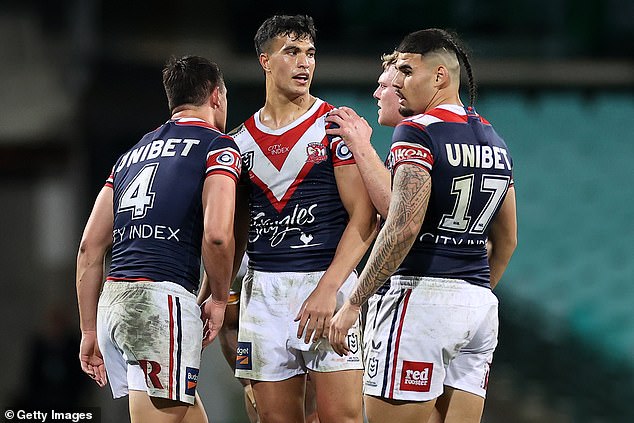 Rugby Union launches a stunning attack on the NRL’s biggest stars with Rooster Joseph Suaalii ‘offering a staggering $10 MILLION in five years’ – so is your club on the hit list?

Suaalii, who is out of contract in 2024, played rugby at The King’s School as a boy and was in the first XV aged just 14, while also being in the Rabbitohs’ books.

He joined the Souths’ arch-rivals last year amid much hype – and the youngster has performed on the wing for Trent Robinson this season.

His form is so impressive that he is being tipped to be an asset to Mal Meninga’s Kangaroos squad for the World Cup in the UK later this year. 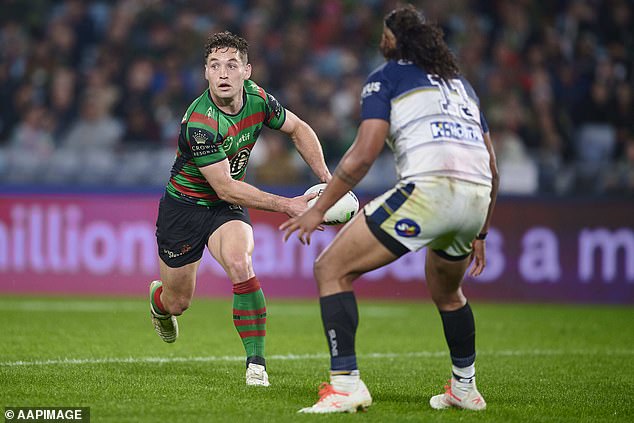 Rabbitohs star Cameron Murray is also in the crosshairs of Rugby Australia, having captained the first XV . from Newington College

With captain James Tedesco, the long-term fullback for the Tricolours, the young shooter could be considering a code switch, especially with the huge money reportedly being thrown in his direction.

In May, Suaalii said: Code Sports he was happy to forge a career in the biggest game of all.

“There was no temptation,” Suaalii said after it was revealed that he had spoken with Wallabies coach Dave Rennie.

“I love it here (Haantjes), I love everyone at the club – the staff and all the players. I’m happy to be here.

‘I feel comfortable. I love playing footy and being at the highest level. When I’m on the pitch, I want to be one of the best players on the pitch and help the team win.”

Just three months later, Suaalii’s thought process may have changed, given what’s on the table now. 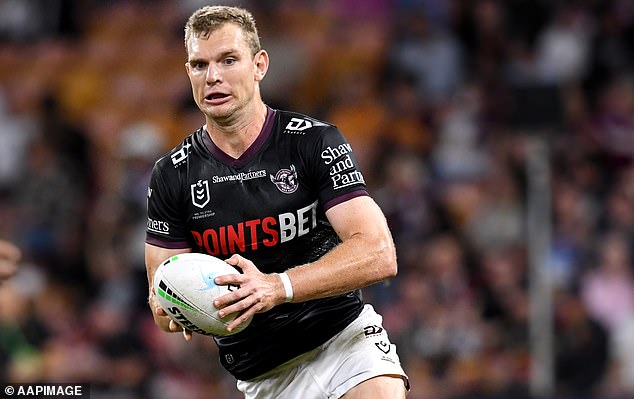 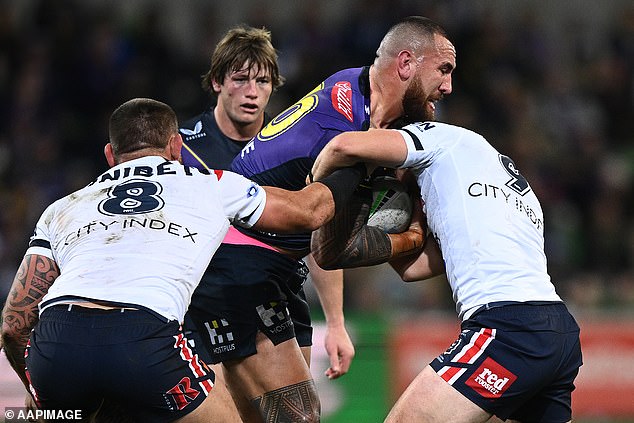 Suaalii’s reported $2 million per season deal with RA will be well beyond what the Roosters can match, with their salary cap currently at $9.118 million to accommodate 30 listed players.

Aside from Suaalii, RA is believed to prioritize NRL players who have previously played the sport.

Rabbitohs star Murray was the rugby captain of Newington College, Papenhuyzen represented Oakhill College in Sydney’s northwest and Asofa-Solomona was a standout teenager in rugby-crazy New Zealand before signing with the Melbourne Storm under-20s team in 2014. .

Rugby Australia’s relentless attack on the biggest game of all won’t be a first – ahead of the 2003 World Cup on the local coast, Lote Tuqiri, Mat Rogers and Wendell Sailor all jumped into the water with lucrative deals.

The trio were successful with the Wallabies, but eventually all returned to rugby league.

RA’s war chest is with the 2027 World Cup in mind, but if Suaalii and other NRL stars disembark, they’ll also be lining up for roster when the British and Irish Lions series are played in Australia in 2025.