Russian conscripts revolt after being treated like ‘cattle’ and given ‘no training’ as they head to war in Ukraine.

A video shows the men publicly complaining about their treatment in “cruel, absolutely appalling conditions” after being mobilized by Vladimir Putin.

The shocking footage is just the latest evidence of the utter chaos over Russia’s reservist call that has left even the Kremlin cheerleaders in despair.

The desperate recruits risk their punishment by expressing anger at their plight after arriving by train in the Belgorod region, which borders Ukraine.

One of the soldiers, acting as a spokesperson for the wretched men, tells the camera: ‘We are about 500, all armed. Yet we are not registered with any military unit. 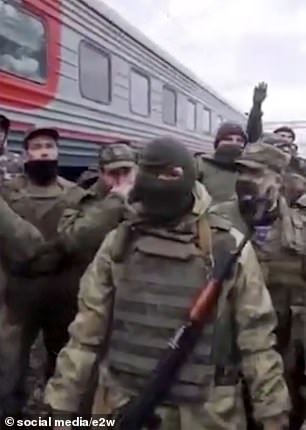 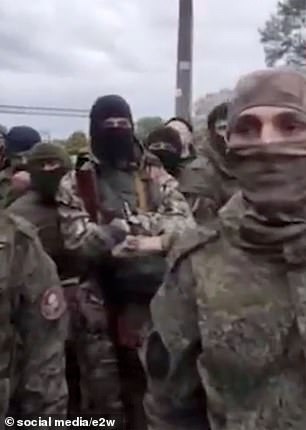 A video shows the men publicly complaining about their treatment in ‘cruel, absolutely appalling conditions’ after being mobilized by Vladimir Putin

“We spent a week in brutal, absolutely appalling conditions. We had no provisions, no money – nothing at all.

“We have no idea who is going where, which military unit. Our guns are not registered on us.

“No machine gun is registered with a military ID….[against the Russian criminal code.’

He continues: ‘The attitude from the officers is to treat us as cattle. No-one needs us, there is zero training.

‘We eat what we buy ourselves. We spent an awful amount of money just to get food.’

The soldier then mocks the weaponry they have been issued. 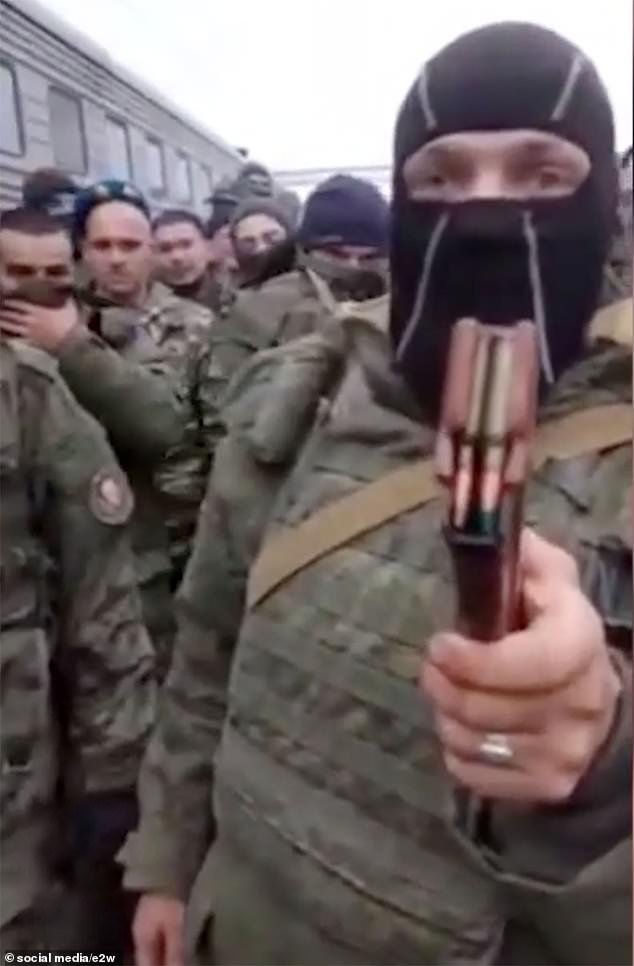 The soldier then mocks the weaponry they have been issued, showing the ammunition found lying on the ground 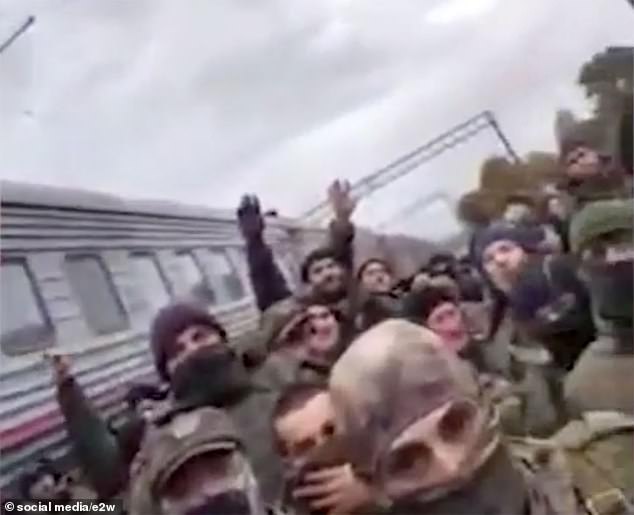 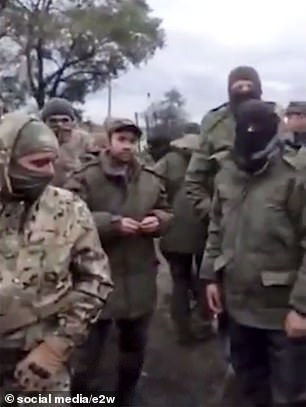 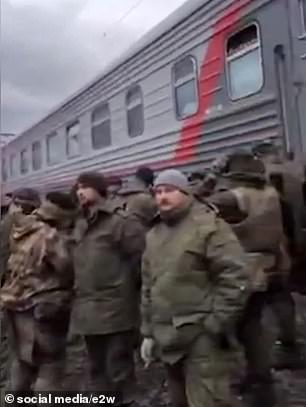 ‘It was found lying on the ground of the military unit.’

A military source quoted by state media RIA Novosti claimed the men were not moving directly to the war, but to training, and denied there were any problems.

‘The issued small arms are assigned to the personnel and accounted for,’ said the source.

‘The soldiers are provided with individual rations en route to the training area, and medical personnel are part of the team.’

Even former Kremlin loyalists are joining the chorus of dissent, with a top Putin general and ex-deputy defence minister demanding an end to the Russian ‘lies’ over the war.

General Andrei Kartapolov lambasted the Moscow military chiefs for their performance over the war. 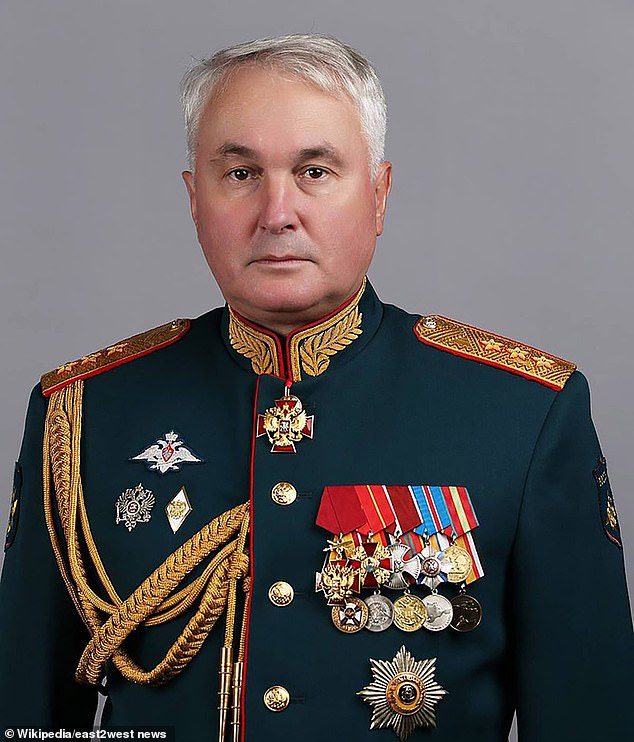 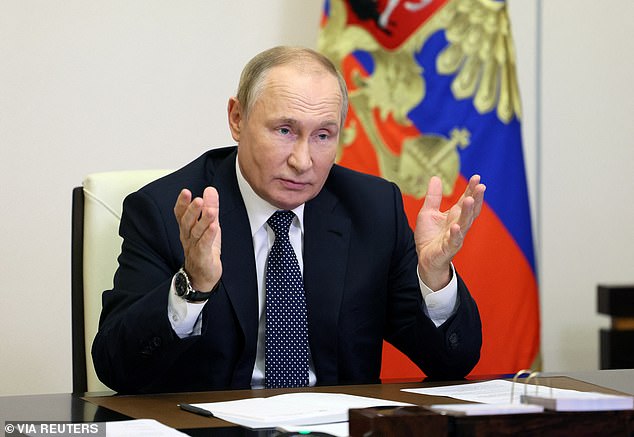 Now an MP in charge of the parliamentary defence committee, his outburst is the latest example of a vicious blame game over Russian losses in the war.

He ripped into the defence ministry headed by close Putin friend Sergei Shoigu.

The Kremlin leader is now under fierce pressure to sack Shoigu and replace him with a hardliner, even though the critics are ignoring the fact that many of the Russian problems stem from Putin’s inept invasion plan and his constant insistence on micromanaging the war.

‘First of all, you have to stop lying,’ said Kartapolov, who has commanded Russia’s western military district – whose forces are central to the Ukraine campaign – and Putin’s army in Syria.

Even in World War Two, the Soviet people were better informed, he said in his withering attack. 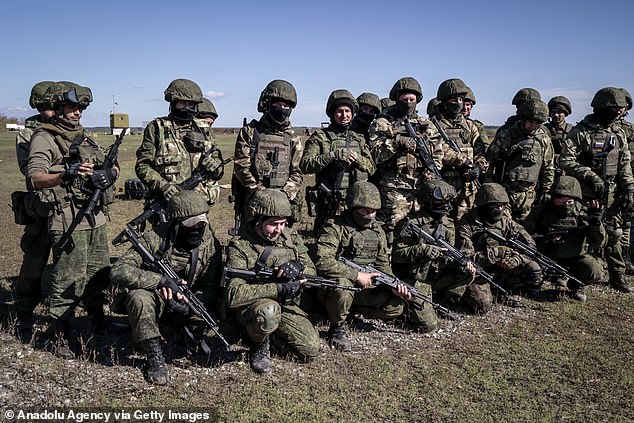 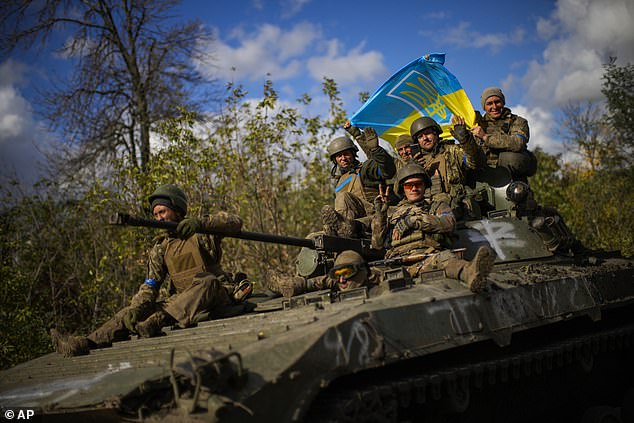 ‘[People need to] to understand [like during WW2 from military communiques] that the situation is dire and that our motherland is in danger because the enemy is on our land,” he said.

He accused the Ministry of Defense of lying about Ukraine’s successes.

“Now we also have an enemy on our land,” he said.

‘And I haven’t even mentioned the newly acquired ones’ [invaded territory in Ukraine].

‘Almost all border villages of [Russia’s] The Belgorod region has been destroyed.

‘We have the Russian city of Valuyki – a fortress city, by the way – that is constantly being shelled.

“But we learn about this from the… [regional] governor, from… Telegram channels, from military correspondents, and no one else.”

He scoffed at: “The Defense Department’s reports change virtually nothing in their content.

“Ten grenades have been shot down, 50 targets have been hit, hundreds of Nazis have been killed. And that’s it.’ 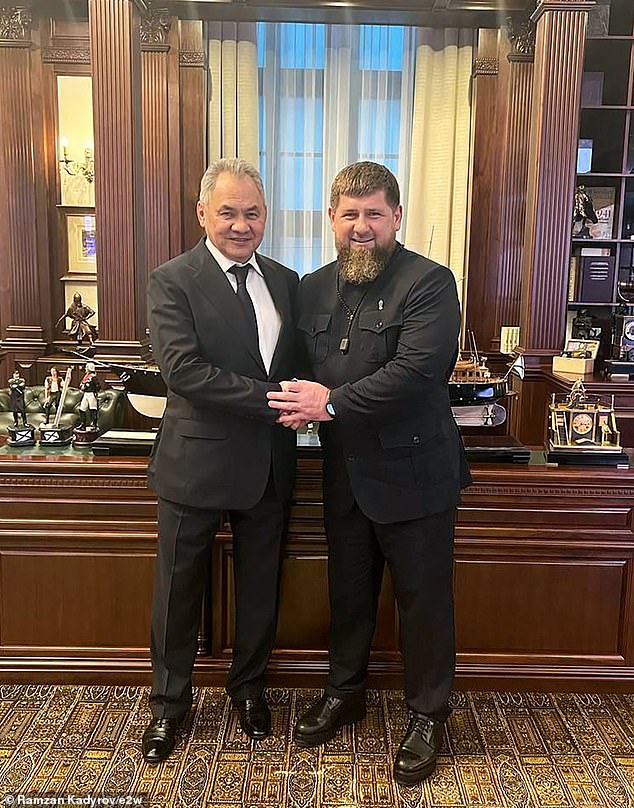 But he warned: ‘People know’ [what is really going on].’

“I don’t understand how an active Defense Ministry training unit can be in such a condition,” he said.

‘A dilapidated canteen, broken and rusty showers, a lack of beds…

“There is a shortage of uniforms, the parade ground seems bombed.”

The respected independent journalist Alexei Venediktov said: ‘This mobilization is not going well.

‘It’s not allowed, just like the special’ [military] operation, but it happens.

“People who are not allowed to be mobilized even under this law are being… [conscripted].

“This needs to be addressed.”

Kremlin propagandists were confused because “this wave of mobilization hit some of Putin’s own supporters who are outraged,” he said.

There is a crescendo of criticism from hitherto staunch Putinites and military experts about the war and the mobilization mess. 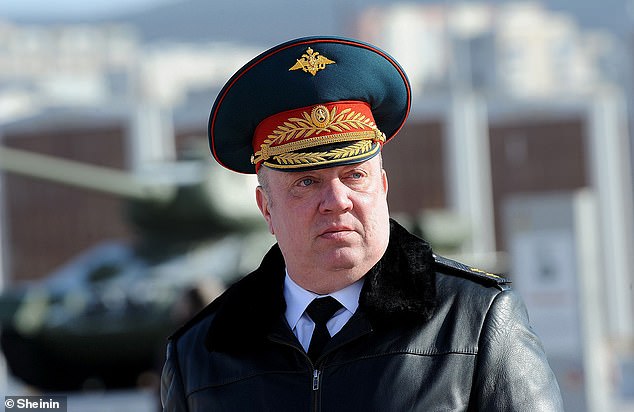 Kartapolov’s blitzkrieg matches another military commander and regular loyalist MP Andrey Gurulev, who recently said of the loss of the Lyman stronghold in Ukraine: “I cannot explain this surrender in military terms.

“It is probably a milestone, not only militarily, but also politically, especially now.…

‘The problem is a system of lies, reports of a good situation’ [when the reality is bad].

“This rot comes from top to bottom.”

Among the vultures circling is Putin’s friend Ramzan Kadyrov, chief of Chechnya, who is seen as monitoring Shoigu’s job or the role of a senior war commander.

A father of 14 children and three polygamous women, Putin promoted him to Colonel General in the National Guard yesterday.

The move was apparently a 46th birthday present.

“The president personally congratulated me,” he boasted, calling himself a staunch “foot soldier” of Putin.

“I give my word that I will honor this trust.

“This is an advance for me.”

A photo from earlier in the war shows him in Shoigu’s office advising him on how to wage the war.

He apparently believes that Putin is now listening to him and other critics of war strategies.

He garnered praise from the Kremlin by personally recruiting tens of thousands of “volunteers” to fight in Putin’s war.

“We will do everything we can to complete the special operation quickly,” he promised.

“There is no war without casualties. This is war.