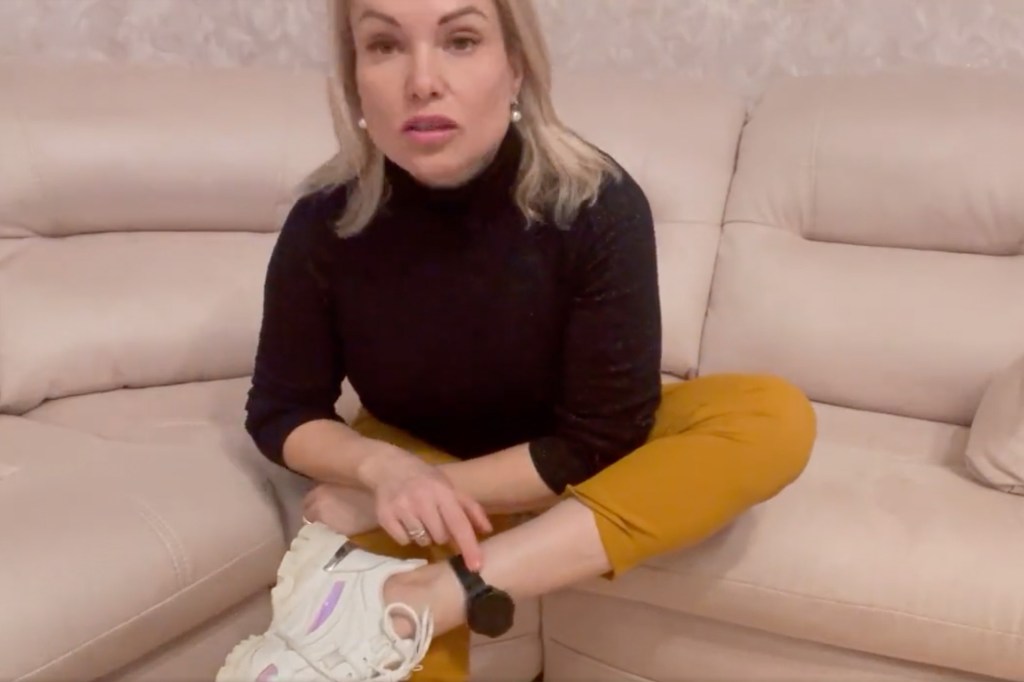 Russian TV journalist Marina Ovsyannikova, famous for organizing an on-air protest against the Russian war in Ukraine, confirmed she had escaped house arrest on charges of redistribution of fake news, saying she had no case to press charges. answering.

“I consider myself completely innocent, and since our state refuses to abide by its own laws, I refuse to abide by the measure of restraint imposed on me from September 30, 2022 and free myself from it,” she said on Telegram.

Her lawyer said she was due to appear at a hearing in a Moscow district court at 10 a.m. Moscow time, but investigators were unable to establish her whereabouts.

Ovsyannikova, 44, was placed under house arrest for two months in August over a protest in July when she stood on a riverbank opposite the Kremlin and held up a poster calling President Vladimir Putin a murderer and his soldiers fascists.

She faces up to 10 years in prison if found guilty of spreading fake news about the Russian armed forces.

Her house arrest was scheduled to last until October 9, but state-run Russia Today news outlet reported on Saturday that she had fled with her 11-year-old daughter and her whereabouts were unknown.

How she left and where she went is still unclear, but on Monday her name appeared on the Ministry of Interior’s online list of fugitives, accompanied by a photo.

In Wednesday’s statement on her Telegram social media feed, she confirmed her escape, criticized the criminal code article used to prosecute her and said she was being prosecuted “because she told the truth”.

Russia passed new laws on March 4, eight days after the invasion of Ukraine, against the discrediting or dissemination of “deliberately false information” about the armed forces.

Ovsyannikova later gained international fame in March by walking in front of studio cameras during an evening news broadcast on the flagship Channel One with a placard reading “Stop the war” and “They’re lying to you.”

Most Popular Baby Names in England and Wales Revealed