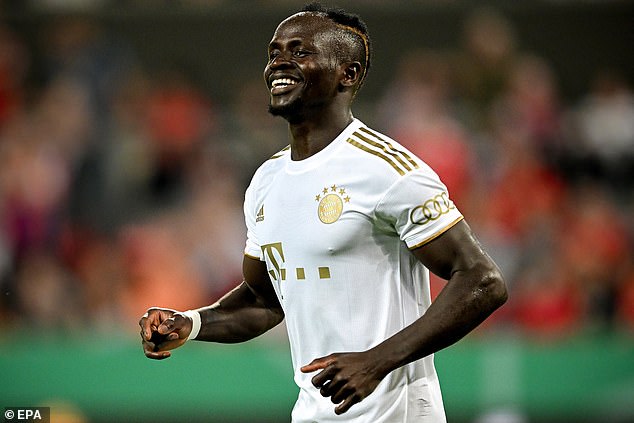 By Reuters and Abdi Rashid for Mailonline

Sadio Mane continued his fast start at Bayern Munich, as he scored his fifth goal in just six appearances on Wednesday night.

Bayern advanced to the second round of the DFB-Pokal after a 5-0 win over third tier Viktoria Koln away from home.

Sadio Mane scored Bayern’s third with a simple tap after being pummeled from the right by Leroy Sane.

It marked his fifth goal for Bayern since moving from Liverpool for £28.8 million earlier this summer.

His previous goals were against RB Leipzig, VfL Bochum and Frankfurt in the German Supercup and Bundesliga respectively.

Coach Julian Nagelsmann has made seven changes to the team that tied for Borussia Monchengladbach this weekend ahead of their Champions League game at Inter Milan next week.

His team needed time to settle in and new signing Ryan Gravenberch secured a deserved lead in the 35th minute, despite a brave performance from the hosts. 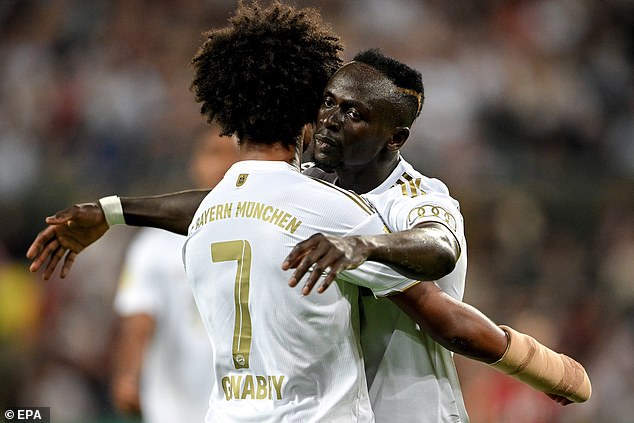 The Senegelase star scored his fifth goal in six games against Viktoria Koln. 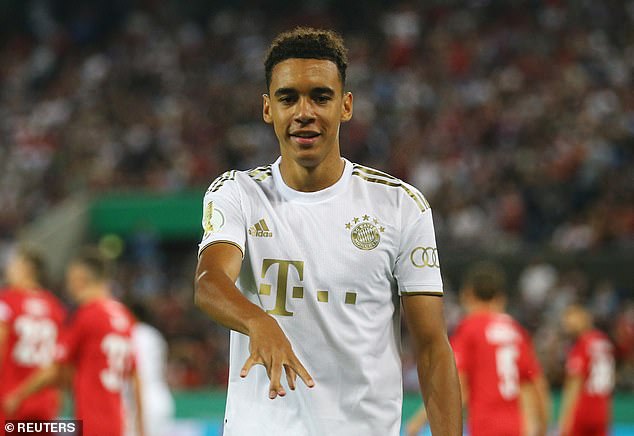 French teenager Mathys Tel, who also arrived this season, confirmed his status as one of the most exciting prospects in European football as he landed a fine solo effort just before halftime.

Tel should have scored again when he was sent off with only the Viktoria keeper to beat, but Ben Voll held out, denying the 17-year-old.

Substitute Jamal Musiala did better four minutes later and came in from close range before fellow substitute Leon Goretzka, who was coming back from injury, completed the defeat.

Bayern return to Bundesliga action on Saturday when they face Union Berlin before turning their attention to the Champions League next week.