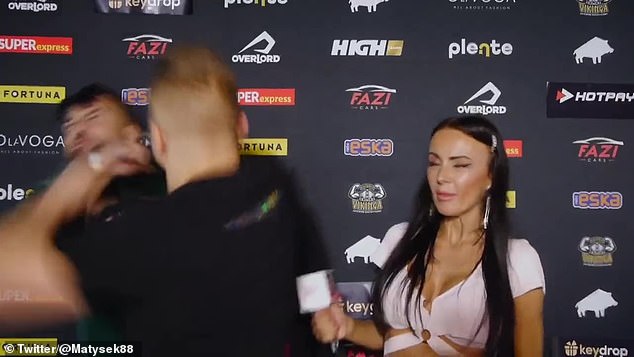 A man has been left dazed after being brutally attacked by a professional MMA fighter during a TV interview in Poland.

The YouTuber known as Sadek was answering questions from journalist Monika Laskowska when Polish mixed martial artist Amadeusz ‘Ferrari’ Roslik sensationally ran into the frame and punched him in the face without warning.

Polish MMA fighter Amadeusz Roslik attacks a YouTuber known as Sadek while doing a live TV interview. Sadek was left dazed and bleeding from the attack – but amazingly, he continued with the interview 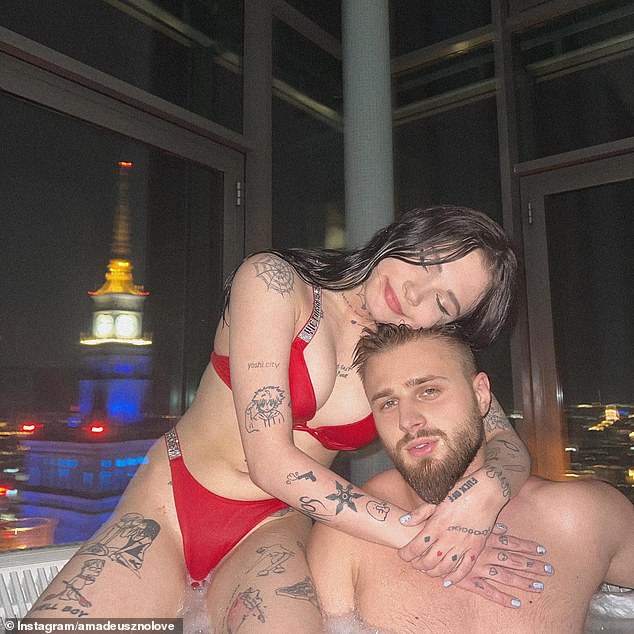 In the video clip, Sadek is knocked out by the attack, but he quickly jumps back to his feet while looking around confused. Amazingly, he regains his composure and ends the interview with blood dripping from his mouth.

According to the Polish media, Sadek has been an outspoken critic of Roslik for a long time and had apparently made disparaging comments about his family, prompting the fighter to lash out at him publicly.

Roslik, who fights in the FAME promotion, has a history of controversial behavior and fans of the sport are not surprised by this latest incident.

In 2020, ‘Ferrari’ knocked out and kicked an opponent in the face while being grounded – an illegal tactic under FAME rules, disqualifying him.

Roslik also caused controversy in March 2022 when he got into an argument with a fellow fighter while doing the press for an MMA event. 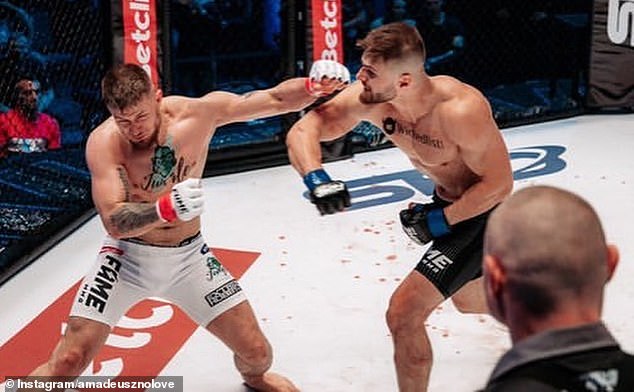 Many MMA fans are calling for Roslik (right) to be banned because of his behavior. The Pole has another fight scheduled for Saturday and was recently disqualified for kicking an opponent in the head while he was on the ground.

“He should be banned from the sport and arrested. Has happened more than once now,” said one Twitter user.

“Dude has to literally wait a few days to get paid for that,” said another.

“This man should be banned from all good organizations. absolutely unprofessional attitude,” wrote a third.

It is not known whether there will be legal consequences for Roslik, who will fight next Saturday.

Ex-New York Jet Rontez Miles charged with ‘attack on woman at home, punched her in the face and head’