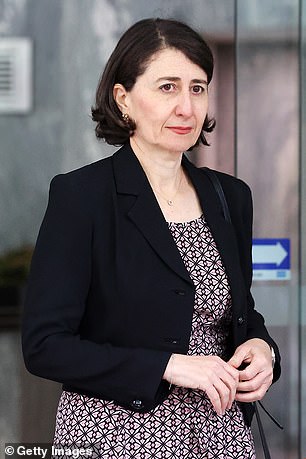 Ms Berejiklian prior to the ICAC investigation

Scott Morrison has called the treatment of Gladys Berejiklian by the NSW corruption watchdog ‘an absolute disgrace’.

In his first major remarks on the inquiry into the former NSW Prime Minister, Morrison said she had been “dismissed” and “humiliated” by “shameful attacks”.

Ms Berejiklian resigned in October after investigators said they were investigating whether she encouraged or allowed corrupt behavior from her secretive ex-boyfriend and former MP Daryl Maguire between 2012 and 2018.

Speaking in Parliament about his plans for a federal integrity commission, Mr Morrison said he would avoid repeating the NSW Independent Commission Against Corruption because of what happened to Ms Berejiklian.

“The opponents want to support the kind of show in NSW where the most shameful, shameful attacks on former New South Wales Prime Minister Gladys Berejiklian have taken place,” he said.

“What was done to Gladys Berejiklian, the people of NSW know, was an absolute disgrace. And I’m not going to allow a trial like that, that wants to publicly humiliate people on matters that have nothing to do with the cases before such a committee… and diminish the integrity of people like Gladys Berejiklian.”

Morrison said the über-popular former prime minister was “done by a bad trial and abuse.”

“I’m not going to get a kangaroo court in this House,” he said. 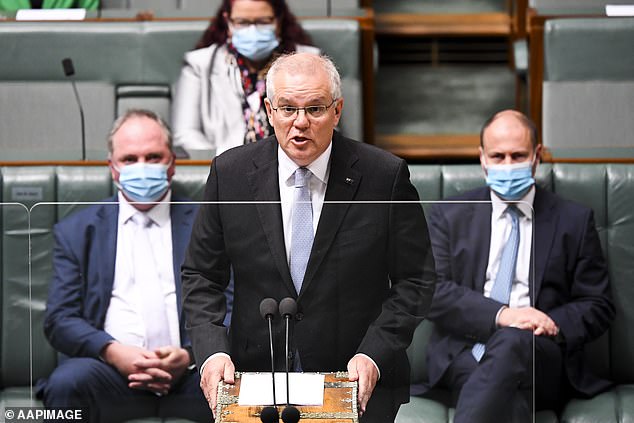 Scott Morrison criticized the ICAC for its investigation of Ms. Berejiklian. Pictured: Mr Morrison in Parliament on Thursday 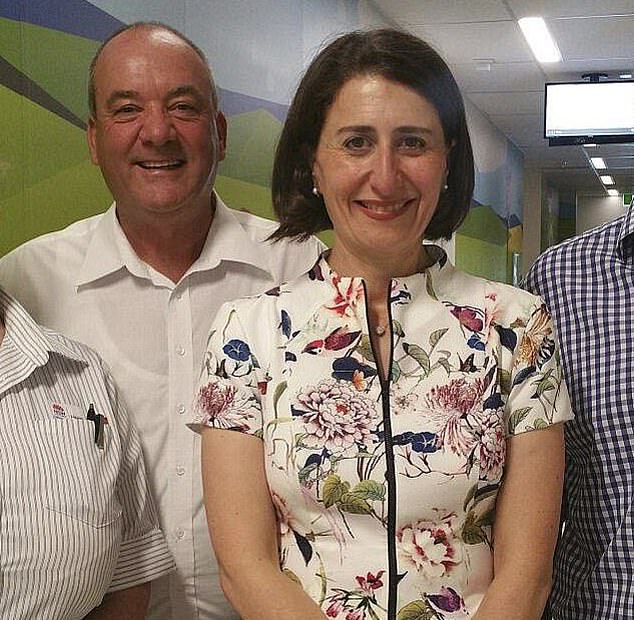 The ICAC probe also investigated whether Ms Berejiklian had breached public trust by failing to report suspected corrupt behavior and examined what role she should play in two government grants awarded in Mr Maguire’s electorate.

It heard taped telephone conversations between Ms. Berejiklian and Mr. Maguire in which they referred to each other affectionately by nicknames such as “hawkiss,” meaning “my beloved” in Armenian.

“These things, these cases should look at criminal behavior, not who your friend is,” Mr Morrison said.

The inquiry heard Ms Berejiklian said she would “throw money” at Mr Maguire’s electorate and said she secured him $170 million for a new hospital in “five minutes”.

Ms Berejiklian has denied any allegation. The outcome of the investigation is expected early next year.

Her popularity dropped by at least 10 percentage points during the survey, but has now recovered to its previous high level, according to Resolve Political Monitor.

Morrison made the comments after he came under pressure in parliament to introduce a federal corruption watchdog.

In the photo, Ms Archer was talking to Mr Frydenberg about her controversial decision following Thursday’s parliamentary vote. 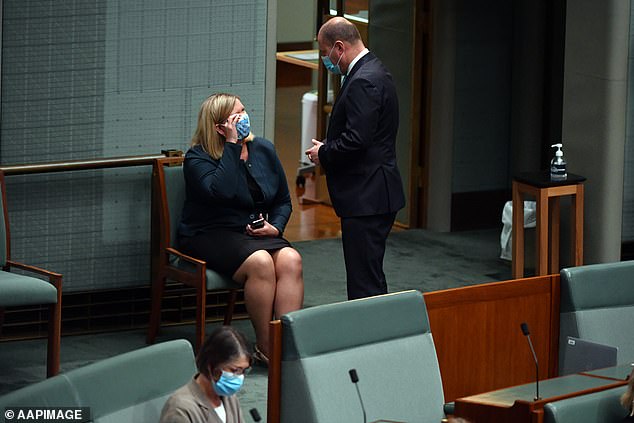 Ms Archer said it was a “difficult decision” to vote against Scott Morrison, but said it had taken him too long to introduce a corruption watchdog he promised in 2018.

Mrs. Archer van Bass’ seat is the Liberals’ most precarious seat, by a margin of just 0.41 percent.

Earlier this week, Tasmanian Senator Jacqui Lambie – who also wants a federal corruption watchdog – said the Liberals would lose their two fringe seats in the state over the issue. 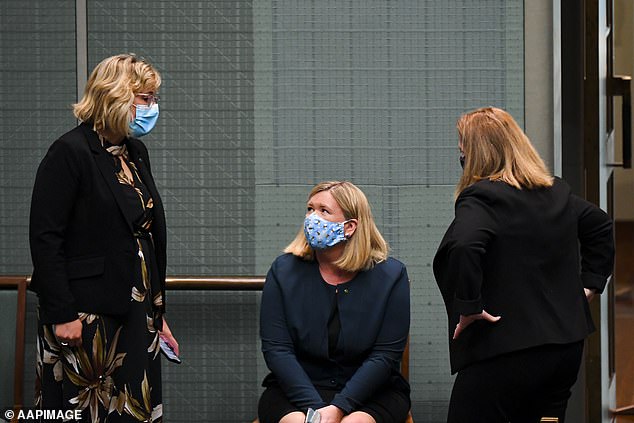 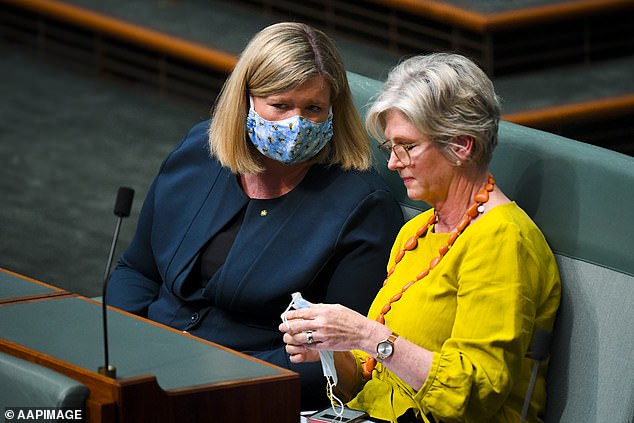 Together they defeated the government by 66 votes to 64, but the debate fell through because an absolute majority of 76 votes required for procedural motions was not reached.

Ms. Haines described Ms. Archer as a “hero” and a “lioness.”

“She walked down the aisle to make sure her voters knew that, that the nation knew, that she stands for accountability, transparency, decency and honor in Parliament. She really is a hero.’

Ms. Haines denounced the “technical nature” that prevented her bill from being discussed.

‘We were hindered by an undemocratic technicality. The prime minister and the government are now standing in the way not only of the will of the people, but also the will of parliament,” she said.

‘I think this is a special moment in the history of the House of Representatives. That we can have a vote of 66-64 to start a debate on the most important bill this country needs and that we were defeated because of a technicality, a technicality of the Prime Minister’s hands.

“It is now perfectly clear that this prime minister, this government, does not want to set up a federal integrity commission.” 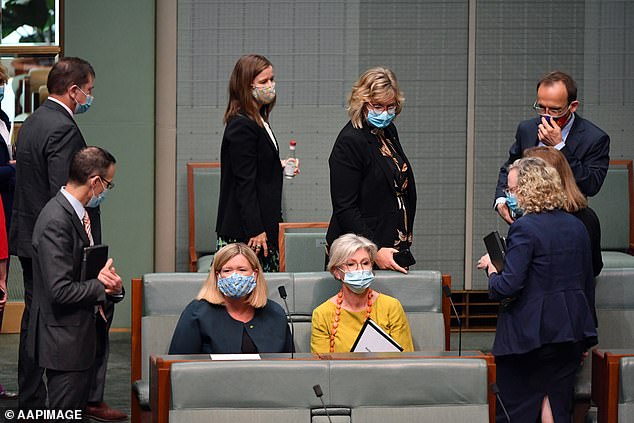 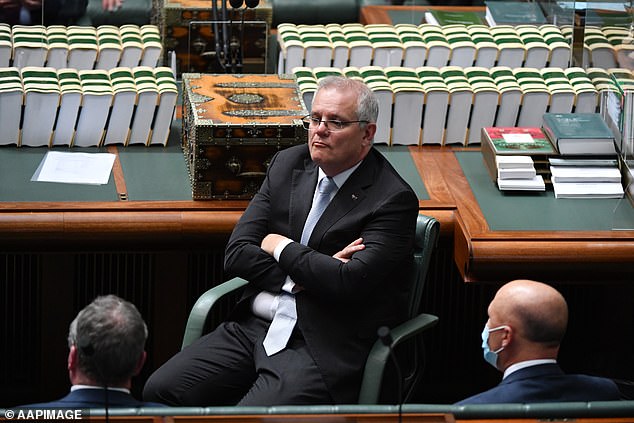 The government has previously halted debate on Ms Haines’ bill, with Communications Secretary Paul Fletcher saying an alternative proposal is in the works.

The opposition says a federal corruption watchdog – similar to the NSW ICAC that toppled Gladys Berejiklian – is urgently needed to stop rorts.

Calls for the integrity commission increased as the federal government faced scandals, including the so-called parking nuisance and sports nuisance in which subsidies for sports facilities were channeled to marginal seats.

Overall, 73 percent of projects approved were not recommended by Sport Australia. 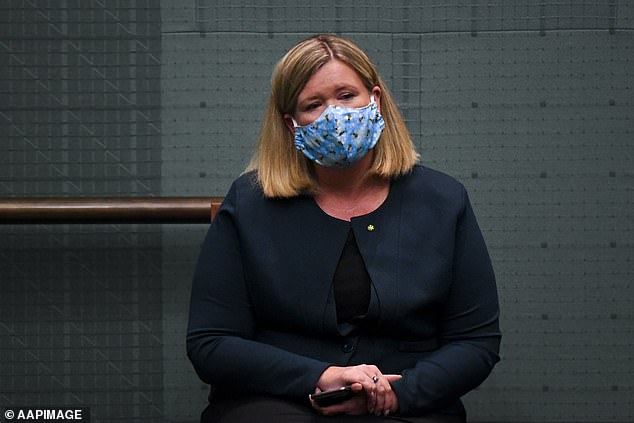