Up to a third of border guards in Scotland and Northern Ireland could be transferred to English airports this weekend to avoid further disruption to flights.

The emergency measures have been taken to deal with a wave of families returning from a six-month holiday in the coming days.

However, travelers have been warned that they could still face queues of several hours at the border.

And chaos could also ensue in the baggage claim halls, where the staff shortages faced by airlines are greatest.

The lack of workers causes bottlenecks in baggage halls, which can affect waiting times at the border.

Staff shortages have led to long delays at passport control, check-in, and baggage drop-off and collection 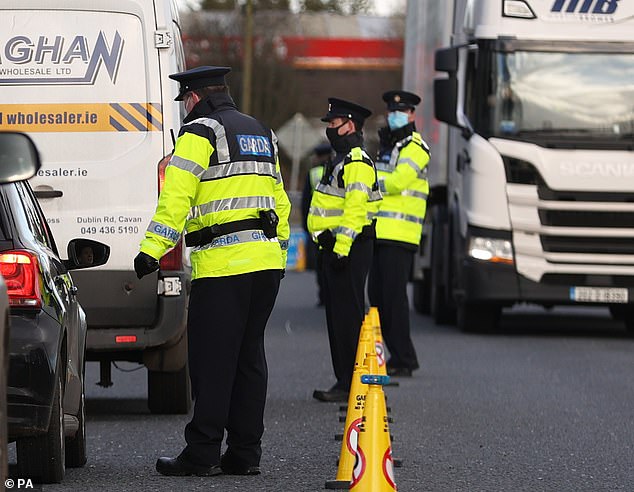 Nearly 11,000 aircraft with a total capacity of 1.9 million passengers will have landed in the UK over the extended Bank Holiday weekend, according to aviation analytics firm Cirium.

Lucy Moreton, from the Immigration Service Union, said queues at the border this weekend were “inevitable” and could last for several hours – a problem compounded by the number of families returning at the end of the holidays.

Children under 12 cannot use electronic passport gates, which can lead to longer queues at manned booths. A spike in the number of migrant boats crossing the Channel could also create bottlenecks as border guards have to be diverted to the southeast coast.

Miss Moreton said: ‘You will certainly see queues of over an hour and possibly more than two at particularly busy points.

‘Of course it depends on border resourcing, but it also depends on whether flights are bundled. Some airports, especially those that operate short-haul airlines, will bundle arrivals to cut costs so that everyone will arrive within a short time frame, compounding the problem.

“Children under the age of 12 also cannot use the passport e-gates and many families will likely be traveling. That will be a pressure point.’

She said a smooth operation “depends on people being called in from elsewhere to support the operation.”

When asked how much could be relocated from Scotland and Northern Ireland, she said: ‘It’s probably about a third. They get travel time, travel allowances, hotel costs… all of them.’

Hundreds of flights have been delayed or canceled in recent weeks and passengers have had to wait several hours at check-in gates and baggage handling areas.

To ease the pressure this weekend, airlines have removed flights from their schedules.

Budget airline easyJet has canceled 200 flights in the past week and TUI is canceling six a day from Manchester Airport until the end of the month.

Due to such scheduled cancellations, there are likely to be fewer at the last minute, reducing disruption in departure halls.

Eek! The way you move your computer mouse can reveal your personality type, scientists find