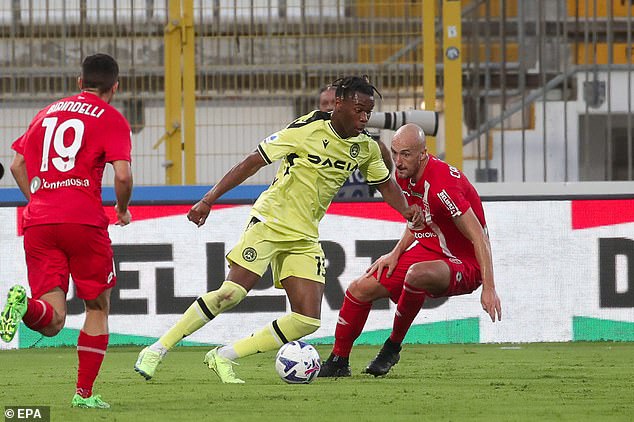 The third weekend of the Serie A season ended with no fewer than six teams tied on seven points at the summit and all still unbeaten.

AC Milan returned to winning ways against Bologna, while Lazio emerged on top in the big game with Inter Milan and it was honours even before Juventus and Roma.

In the latest installment of our weekly review, Sportsmail’s ALVISE CAGNAZZO takes you through 10 things we learned.

1. TOTTENHAM’S UDOGIE CAN BECOME ONE OF THE BEST ITALIANS EVER IN THE PREMIER LEAGUE

The goal scored against Monza was a masterpiece that confirmed Destiny Udogie’s quality in playing box-to-box, passing from the role of left-back to that of wing in a simple and fast way.

Udogie is a great signing for Tottenham and in 12 months Antonio Conte’s team will be able to have the best Italian full-back among all the millennials involved in Serie A today.

For the Italy national team, he is not in Roberto Mancini’s squad list because he does not play in a top club and, above all, he has not been selected by Juventus and Inter despite continuous scouting on him.

He runs and fights, has a lion’s body and hardly loses shoulder-to-shoulder duels. Udogie seems ready for the Premier League and Italian football will regret his hasty departure for abroad very soon.

The Udinese full-back is up to now the greatest talent in Serie A and like Gianluca Scamacca he will very soon complete his professional growth in England.

Under Antonio Conte’s guidance, Udogie will be able to become one of the five strongest Italian players purchased from Serie A and taken to the Premier League. 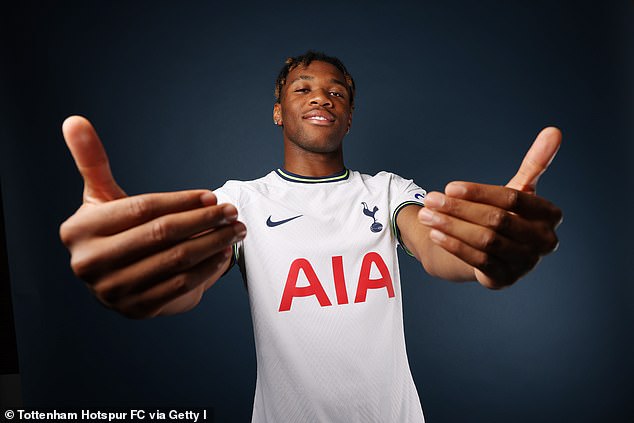 2. GOESENS HAS GONE FROM CRAZY HORSE TO LAME PONY

Where is Robin Gosens, the player full of muscle and speed who established the Serie A goal record for a full back with the Atalanta shirt?

The German player is unrecognisable and seems to have lost dynamism and muscle strength in his legs; he is imprecise and clumsy and some mistakes in controlling the ball have shown the limits of Inter’s defence.

Giuseppe Marotta and Simone Inzaghi are very worried because Gosens in six months has never managed to achieve sufficient performance. 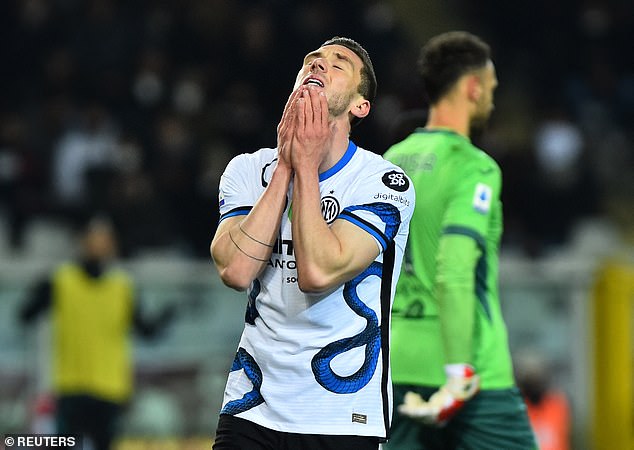 Robin Gosens is struggling at Inter Milan, both in terms of fitness levels and performances

The curse of Atalanta players at Inter continues and after Roberto Gagliardini, Gosens also seems to have lost the first real great opportunity to become a top player.

His poor physical condition has certainly made it difficult to adapt to Inter – Gosens has twice suffered a serious muscle injury to his leg which seems to have jeopardised his career.

In Gian Piero Gasperini’s Atalanta he ran like a horse, in Inter he looks like a lame pony, confused and slow in every position on the pitch and will hardly be able to keep a place in the Germany line-up at the World Cup in Qatar.

He would have liked to leave the city of Rome and Lazio to join Sevilla but in the end the two clubs were unable to find a definitive agreement.

On a warm evening at the ‘Olimpico’, Luis Alberto regained Maurizio Sarri’s respect after they’ve had stormy relations, and the confidence of the Lazio fans who worthily celebrated his extraordinary goal from 20 metres.

All the anger accumulated by the player last season has suddenly vanished and today Luis Alberto is a precious standard-bearer within the Lazio midfield who with Matias Vecino and Marcos Antonio has finally added quality and quantity in the engine of the squad.

The Spanish player could have been given to Sevilla but today he is the player who best interprets the team’s attacking actions.

His relationship with Sarri is not exceptional but this extraordinary start to the season could be the medicine capable of curing the mutual antipathy between the two most important men in Lazio’s game. 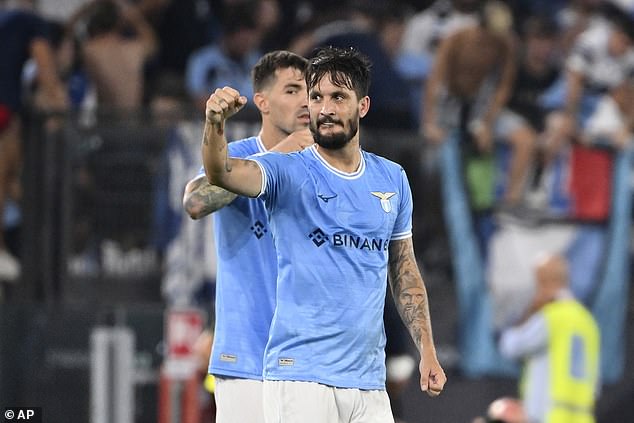 The goal scored by Dusan Vlahovic just seconds from the start of the big match against Roma was fantastic.

After the separation from Paulo Dybala, Max Allegri has established that the free-kicks and penalty kicks will now be taken by Dusan Vlahovic who has already scored three goals in Serie A.

Juventus had not scored a goal directly from a free-kick since the derby with Torino back in 2020. 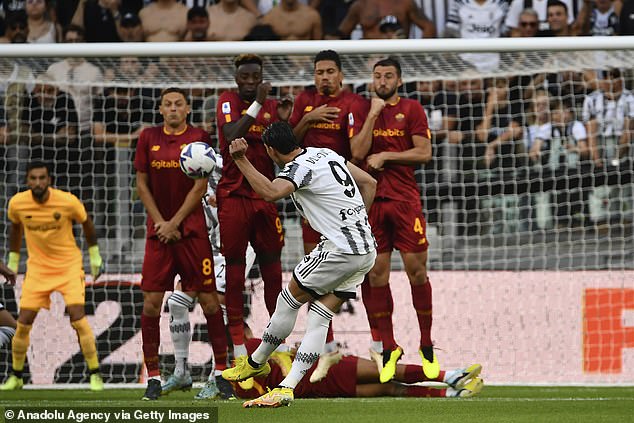 The Serbian striker is a hurricane that knocks out everything he encounters in his path. Vlahovic has become the darling of the team and the fans because he cheers enthusiastically, kisses the club crest and runs to get the affection and applause of the Allianz Stadium Curva after every goal.

If Juventus manage to find the right tactical set-up, Vlahovic will certainly be a protagonist of an exciting year that could give him the victory in the top scorers race.

If he is adequately supplied with assists, he can easily reach 20-25 goals. 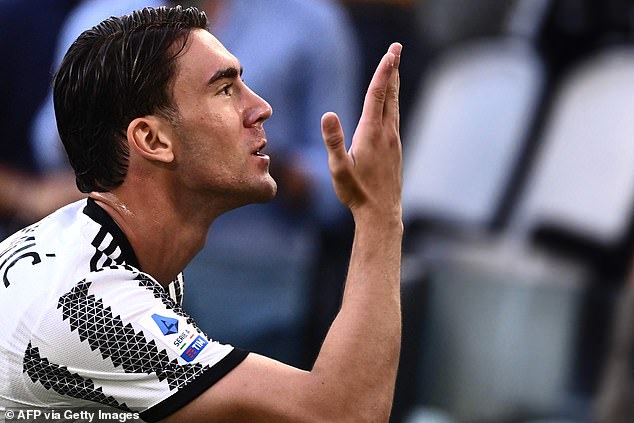 5. BERLUSCONI’S MONZA COULD BE HISTORICALLY BAD

Only in the last match – the 2-1 defeat by Udinese – did Monza show courage and spirit of initiative but during their first two Serie A matches the organisational and qualitative level of the team was embarrassing.

If 12 months ago Monza was a top team feared by all opponents, today it is a small team that is crushed by all the opponents. 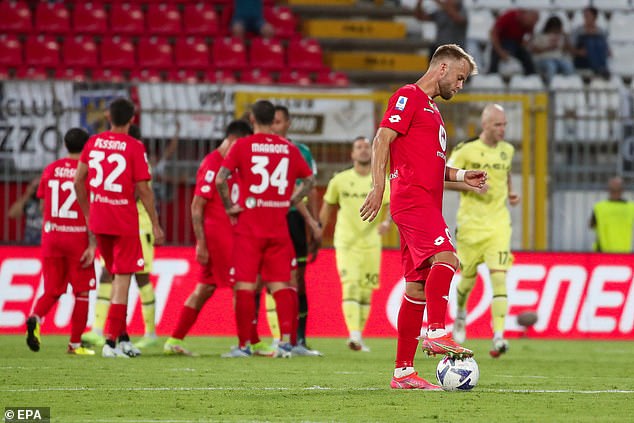 Consecutive record defeats in Serie A is equal to 15 and was set by Brescia in the 1994-95 season, the first historical edition of Serie A with three points for each victory.

The record of the Serie A with 20 teams for the highest number of overall defeats belongs to Pescara, which in the 2012-13 season lost 28 games in the whole championship.

The worst record of points in the 20-team Serie A belongs to Pescara who in the 2016-17 season scored 18 points.

Now the whole city of Monza fears they will inherit the misfortune of Brescia and Pescara by immediately slipping into Serie B without being able to impose itself in a difficult league like that of Serie A.

6. MIRETTI IS HEIR TO MARCHISIO IN JUVE MIDFIELD

Nineteen-years-old, a tall and slender physique without too many muscles… Fabio Miretti is the new mini top player of the Juventus midfield.

The young Italian player is Massimiliano Allegri’s favourite and has definitely overtaken Denis Zakaria, Weston McKennie, Nicolo Rovella and Nicolo Fagioli to become the protagonist in the role of half winger in the midfield.

The club has decided to bet on him and the physical and technical strength of the talent grown in the Juventus youth teams will be more and more brilliant with the increase in the minutes on the pitch. 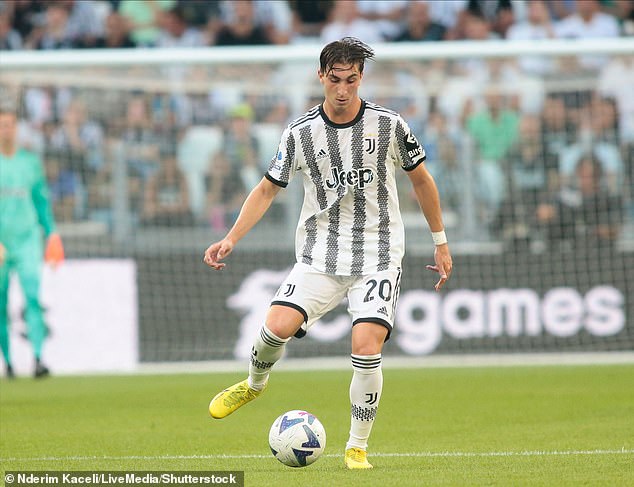 Juventus fans are certain they have found Claudio Marchisio’s heir with whom Miretti shares the same story within the club’s youth teams.

Today the player’s market value is already equal to the number of jersey chosen this season: €20million [£17m].

Allegri has the merit of having discovered and promoted Miretti in this big match and now he has plenty of time to encourage and pamper his brilliant jewel.

7. KOSTIC HAS DISAPPOINTED SO FAR

Serbian national winger Filip Kostic continues not to play exceptional matches despite injuries opening up many opportunities to be consistently deployed in Juventus line-up.

All the crosses sent into the penalty area by Kostic are inaccurate or repelled by the opposing defenders.

His great dedication to work turns out to be useless and even fans are starting to dislike the performance of the boy who has been best assist man in the Bundesliga for the last three years.

About €15m [£12.8m] were paid for Kostic – not a huge amount – but until today the player has not yet shown all his strength and all his quality in last 20m in front of the opposing goalkeeper.

Allegri has asked for goals and assists and so far Kostic hasn’t delivered. 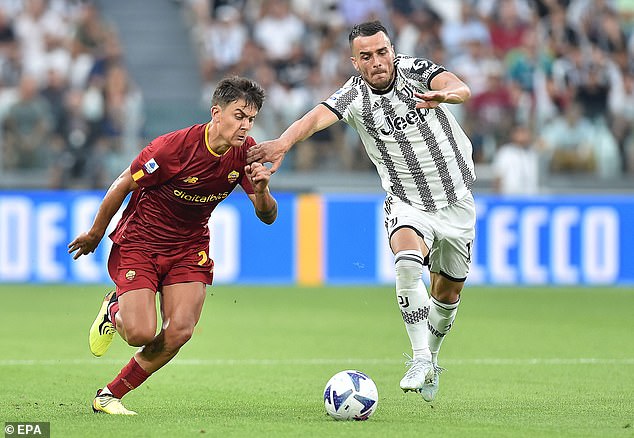 8. IS SAMPDORIA’S RELEGATION TO SERIE B ALREADY INEVITABLE?

Sampdoria are the team that already is most at risk of relegation to Serie B out of the 20 in the Italian top-flight.

Marco Giampaolo’s team lacks quality and men capable of changing the course of a season that seems destined to enter the saddest pages of their history.

Shipping four goals at Salernitana is a wake-up call that is difficult to ignore and tells of a very difficult moment for a team that has been experiencing various corporate and technical difficulties for too many months. 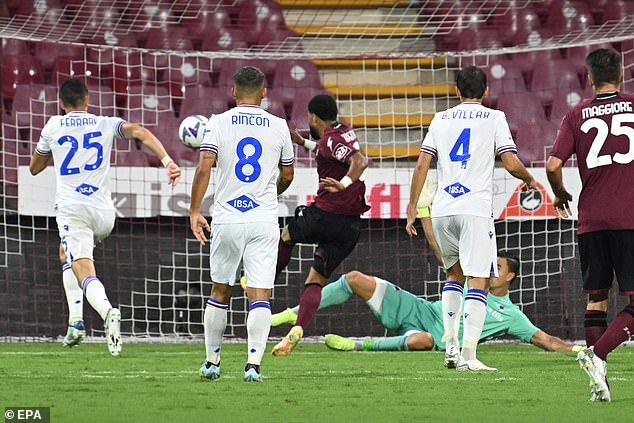 Giampaolo, fresh from disastrous experiences on all the benches on which he sat, does not seem to be suitable to bring Sampdoria to a calm zone in the standings and the 4-1-4-1 scheme is not suitable for a poorly talented team that is full of disorganisation.

Francesco Caputo and Fabio Quagliarella are two grandparents and adding their age together they reach the disturbing total of 75 years of age.

The main problem of Sampdoria is attack and without signings in last few days of the transfer market it will be difficult to avert a disastrous season.

9. MILAN IS A PERFECT MACHINE

Milan are a perfect machine capable of scoring and winning against all the small Serie A teams.

Rafael Leao and Charles De Ketelaere are two fantastic players, perhaps the most technical in the whole Italian league and Stefano Pioli is a master in being able to create a perfect alchemy in a young and talented team.

At 36, Olivier Giroud is still the strongest player among Milan strikers and seems to have definitively ousted Divock Origi as a starter in the team.

It will take some time to understand how to improve a team that plays excellent football but needs to find a real No 9 able to unlock the most difficult matches.

But so far, Ante Rebic and Giroud have replaced the perpetually injured Zlatan Ibrahimovic and Origi very well. 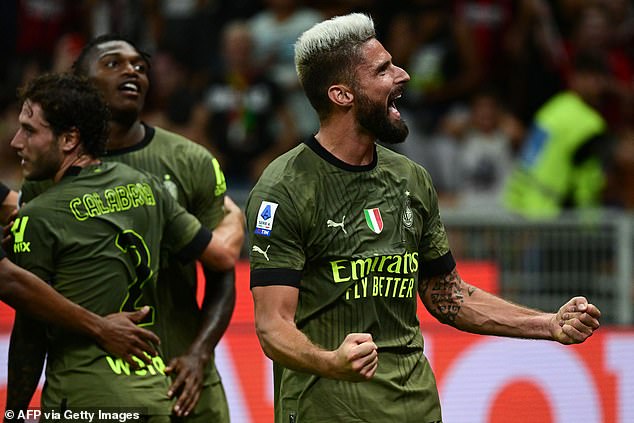 Everyone runs in every area of the pitch, everyone occupies the spaces as if it were a military exercise and all the shirts of the players on the pitch are completely sweaty.

At Chelsea, moments of great quality were glimpsed with the famous ‘Sarriball’. Today, after many years, the big match between Lazio and Inter has made it possible to review a fast, mechanical and full of passing football.

At over 60 you can be revolutionary: Sarri is today the most modern coach of Serie A and Italian football despite his identity card revealing an age very close to retirement. 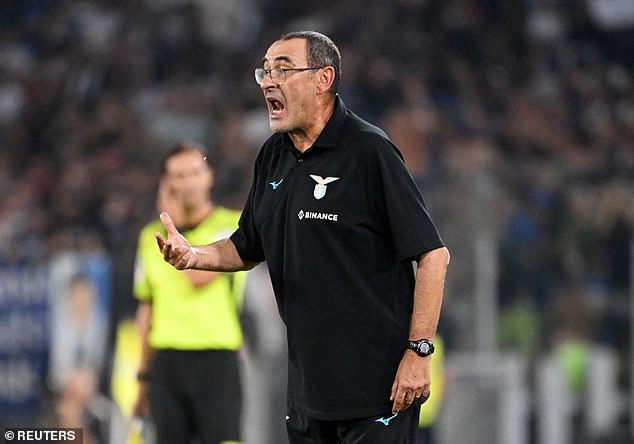