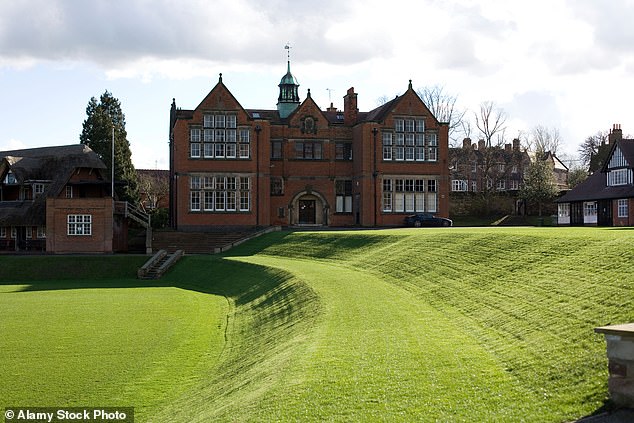 The Derbyshire school, which pays boarders more than £40,000 a year and counts Roald Dahl and Jeremy Clarkson among its alumni, said its handling of the case is backed by two independent expert assessments.

But a letter written by former Nottinghamshire chief constable Sue Fish to the chairman of governors, Mark Shires, said she had no choice but to resign due to the teacher’s continued tenure.

The document, seen by the Mail, said the decision means the ‘protection of past, present and future students of the school is now in jeopardy and lacks credibility’.

Repton has vehemently denied this, following a separate case in which a former teacher was jailed in March for seven years and 11 months for abusing students at the school in the 1990s.

Repton said he was “deeply sorry” that he had not protected his victims, adding that former students who wish to contact the institution “will be taken extremely seriously”.

This led one to claim that a teacher who was still there was having sexual activity with two friends at about the same time.

It is clear that the former pupil did not name these friends, did not want to speak formally with the police and that the school has not received any further evidence.

Ms Fish claims the teacher’s files revealed “a horrendous catalog” of alleged past misconduct. Obviously, Repton believed the allegations she was referring to were unsubstantiated rumors that had been fully investigated.

The school would also have considered any risk to students and legal advice suggesting dismissal would be illegal.

The third governor to resign was Tim Hannam QC. He and Ms Stone did not respond to requests for comment and Ms Fish declined to comment further.