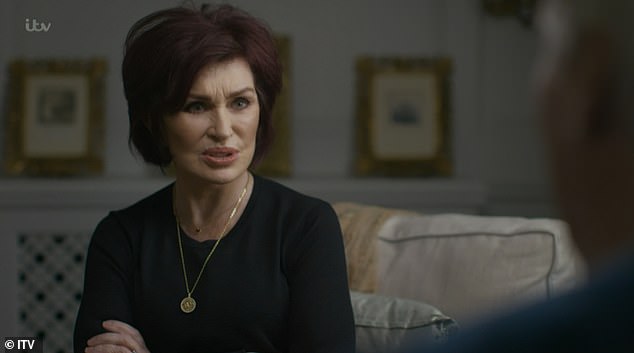 Sharon Osbourne has given a moving account of how her life has changed since her husband Ozzy, 73, was diagnosed with Parkinson’s disease three years ago.

Sharon, 69, was asked about the effect her husband’s diagnosis had on her during a candid conversation with broadcaster Jeremy Paxman, who was diagnosed 18 months ago, in his ITV documentary Paxman: Putting Up With Parkinson’s.

In the documentary, which aired Tuesday night, Jeremy met Sharon to find out what it’s like for the partner of someone who has been diagnosed.

The presenter of the University Challenge asked Sharon if it’s harder for people to care for someone with Parkinson’s than actually having the disease – something she disagreed.

Speaking of Ozzy, she said emotionally, “I only think about my husband, and like you, who was very energetic, loved going for walks, doing a two-hour show every night on stage, running around like a crazy man.

“Suddenly your life just stops—life as you knew it.” 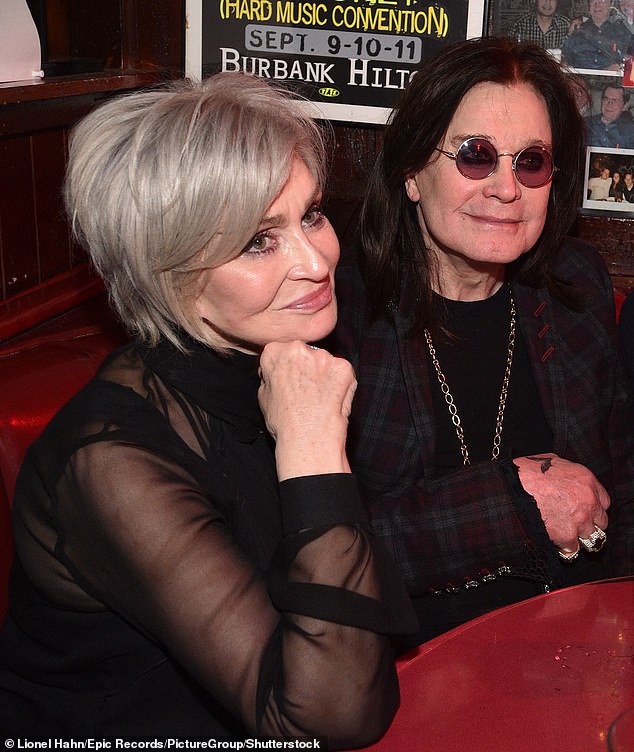 “When I look at my husband, my heart breaks for him, I’m sad for myself to see him like this, but what he’s going through is worse. If I look at him and he doesn’t know, I cry.’

Jeremy also asked Sharon about the positive aspects of the illness, to which she replied, “The good thing is that we spend a lot more time together as a family and I love my husband more than I did three years ago.”

She discussed how the Black Sabbath star uses cannabidiol, known as CBD because, like Jeremy, he has disturbing dreams due to Parkinson’s, before joking that she’ll be sneaking the substance through customs out of the US. 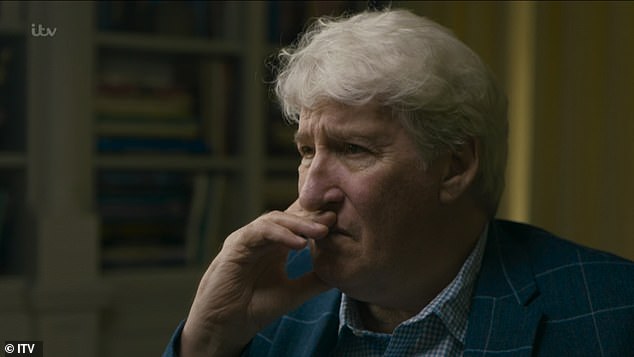 Documentary: Sharon, 69, was asked about the impact of her husband’s diagnosis during a candid conversation with broadcaster Jeremy Paxman, who was diagnosed 18 months ago 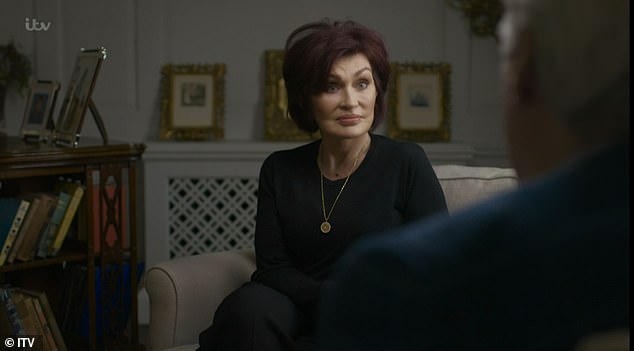 Chat: The presenter wondered if it is harder for the partner of someone with Parkinson’s disease than for the sufferer, something Sharon disagreed

She told Jeremy: “[Ozzy] was always on to something, he always liked to dabble with the old drugs.

“But now he takes this stuff at night. What is that stuff everyone smokes? Marijuana. It’s something of that – Cannabidiol.

‘I’ll bring you some, you’ll love it. I’ll bring it back for you, Jeremy. I’ll probably be arrested when I get through customs, but that’s nothing new.’

The former Newsnight host seized the opportunity, declaring that he’s “for it,” while Sharon insisted he should try physical therapy to get his “a**e into gear.” 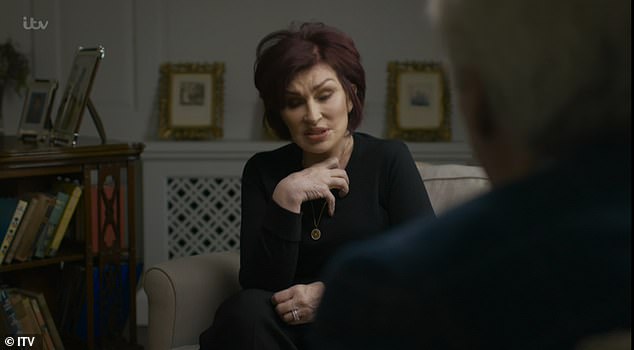 Emotionally: ‘Suddenly your life stops, life as you knew it. When I look at my husband, my heart breaks for him,” Sharon admitted

Viewers were moved to tears after seeing Jeremy Paxman speak in his ITV documentary about feeling ‘depressed’ and ‘frustrated’.

The broadcaster, 72, was diagnosed with Parkinson’s disease 18 months ago and first discussed it on film in the documentary.

The 60-minute program follows Jeremy’s story of living with the degenerative disease, which affects one in 500 people and causes the brain to become damaged over the years.

On the program, Jeremy admitted to taking mood enhancers after suffering from depression and feeling “frustrated” since his Parkinson’s diagnosis. 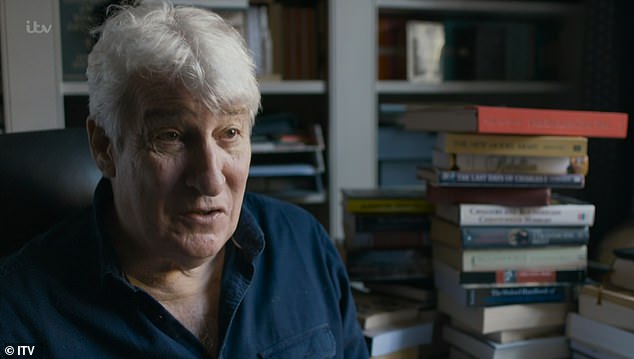 Emotional: Viewers were moved to tears after seeing Jeremy speak of feeling ‘depressed’ and ‘frustrated’ in his ITV documentary Paxman: Putting Up With Parkinson’s

He spoke candidly about his struggle to cope with the disease, saying he felt “beaten and depressed” by Parkinson’s but insisted he doesn’t want sympathy from people.

On Twitter, viewers admitted they were “moved to tears” by his “courage” to speak out about living with Parkinson’s disease in the “powerful” documentary.

One viewer wrote: ‘Virtually moved to tears as they watched #jeremypaxman and other brave souls deal with the life-changing effects of #parkinsons #puttingupwithparkinsons.’

Another said ‘so moving and insightful’ while a third added ‘I must admit I shed a tear, very informative and thought provoking.’ 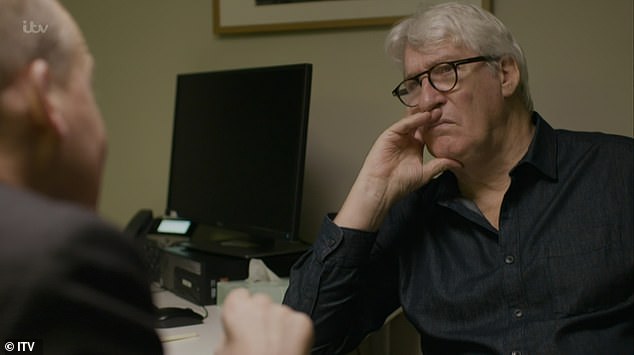 Illness: The 72-year-old broadcaster was diagnosed with Parkinson’s disease 18 months ago and first discussed it on film in the documentary

Also on the show my #RoundBritainQuiz buddy @paulsinha It was extremely moving and congratulations to everyone involved in making it. indispensable. #great courage.’

A fifth wrote: ‘Brave and enlightening documentary by @JeremyPaxman Uplifting, supportive and delivered in true Paxman style. This will have contributed to awareness and understanding.’

WHAT IS PARKINSON’S DISEASE?

Parkinson’s disease affects one in 500 people and about 127,000 people in the UK are living with the condition.

It is a progressive neurological disorder that destroys cells in the part of the brain that controls movement.

Sufferers are known to have a reduced supply of dopamine because the nerve cells that cause it have died.

There is currently no cure and no way to stop the progression of the disease, but hundreds of scientific studies are underway to try to change that.

Heartbreak as dog rescued from Cypriot ‘killing center’ gets terrified by…

Christian Pulisic sends message to US fans before…

Heartbreak as dog rescued from Cypriot…