Sixth grade student, 17, is chosen from the crowd to perform with The Killers 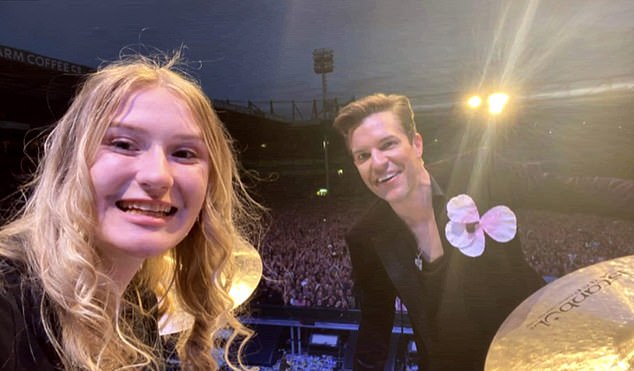 Sixth grade student, 17, is chosen from the crowd to perform with The Killers at their live performance after unfurling a banner asking to play the drums

By Lizzie May and Elizabeth Haigh for Mailonline

A sixth-former played the drums for American rock band The Killers at their sold-out concert, just hours after graduating from AS level high school.

Last Thursday at 3pm, 17-year-old Grace Ellis of Worlingham, Suffolk, completed her final test at East Norfolk Sixth Form College in Gorleston, Norfolk, and left for her favorite band, The Killers, at their performance at Norwich City’s Carrow Road. . stadium.

She brought a banner that read ‘Can I play drums for unknown reasons please?’ designed as a Las Vegas sign to try and catch the eye of lead singer Brandon Flowers, who was born in Nevada.

The indie band is currently touring Europe with two gigs in Ireland next week before heading to Germany, Croatia and Italy.

The band will return to the US later this year, touring the US and Canada before heading to Australia. 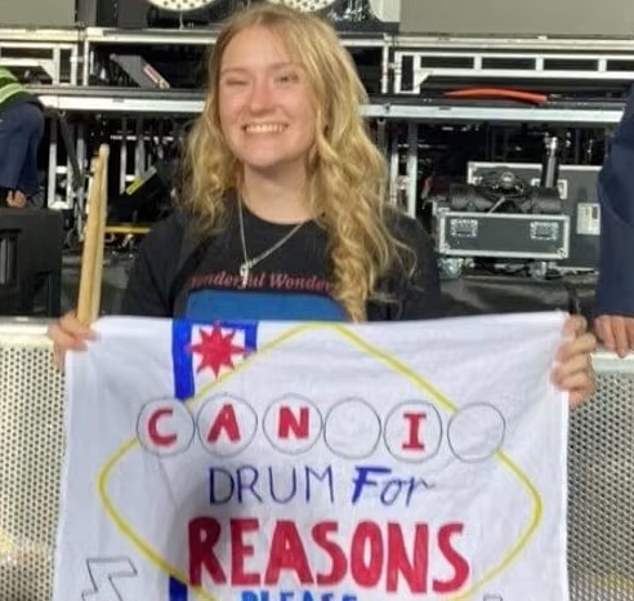 Grace Ellis (17) brought home a homemade banner to get the band’s attention, but said she was “shocked” to be chosen from the crowd 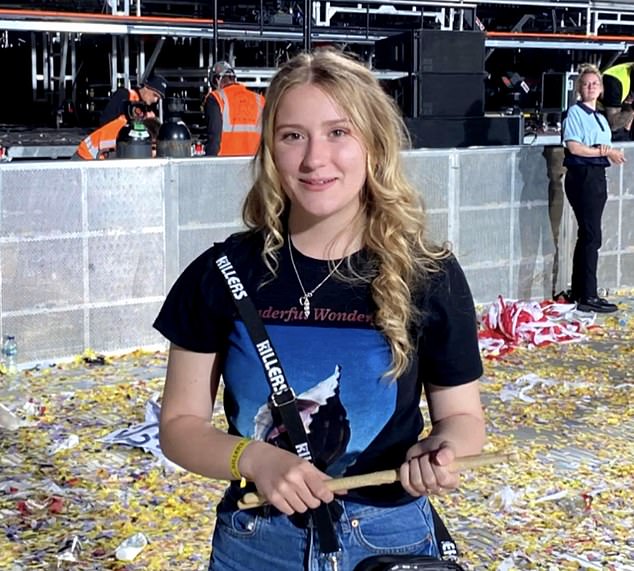 Knowing the band’s tradition of letting a fan join the group onstage for their hit song For Reasons Unknown, Grace said she spent weeks practicing in the unlikely event of her being chosen.

But as the song’s opening riff was played, Grace was startled to see lead singer Flowers motioning for her to come onstage.

‘It was unbelievable. I can not describe it. I am so grateful that I was able to do it and that I was chosen.

Grace, a huge van from the rock group, added, “Everyone was cheering for my name, it was great.

“I was still in shock, you just can’t believe it happened.

“Just being on the gig was a great way to finish my exams and being able to play with it made it even better.”

And the drummer, who has been playing since she was 11, wasn’t the only one who enjoyed her performance. 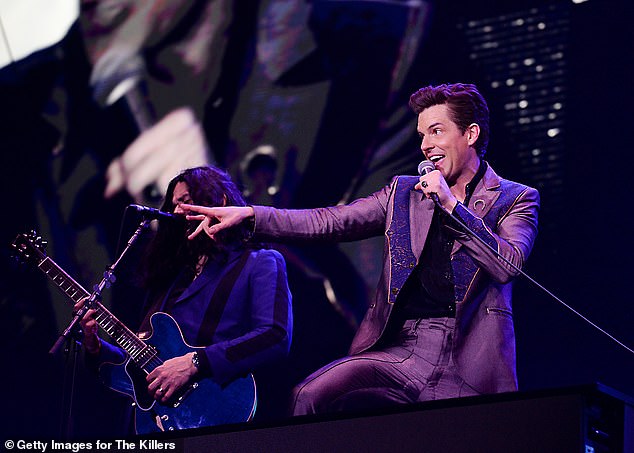 Earlier in the tour, The Killers performed at the Emirates Stadium in London. In the photo: singer Brandon Flowers and lead guitarist Dave Keuning 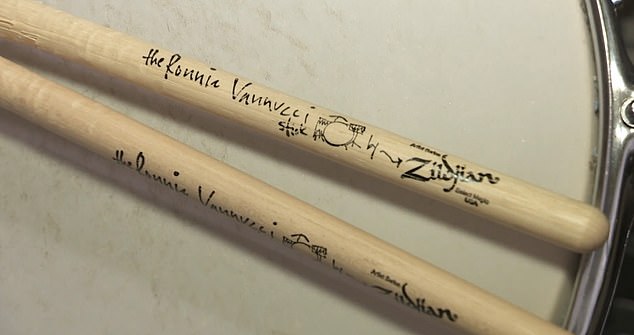 Grace got to use Ronnie Vannucci’s own drum kit, including his iconic personalized sticks 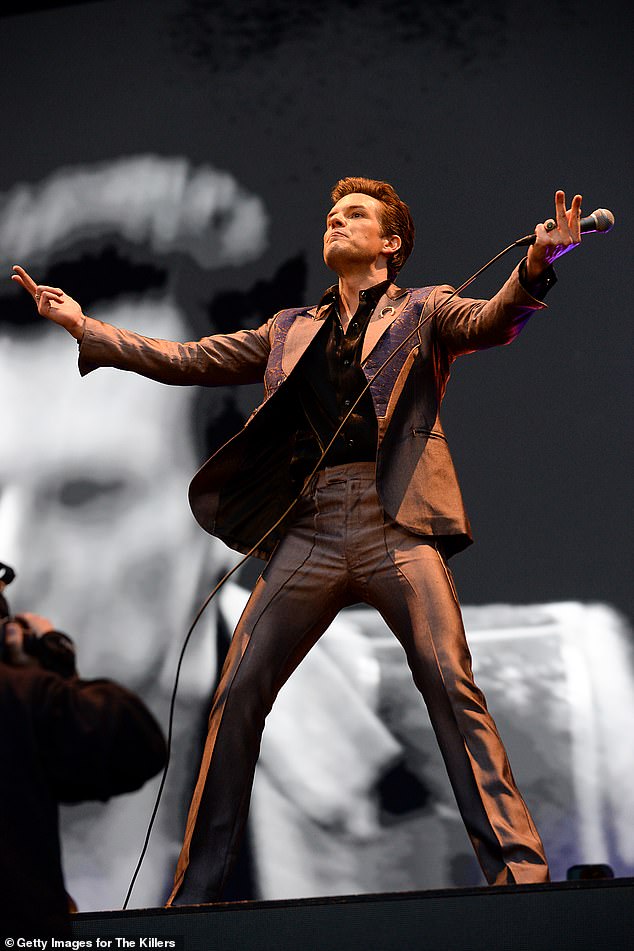 Her university released a supporting statement saying that the 17-year-old’s drumming was “faultless.”

Social media users were quick to praise her as well, with one Twitter user posting, “As gigs go, Today has eclipsed everything I’ve ever seen — The Killers were awesome and Grace killed it.”

Another said: ‘I just love going to a concert again. The Killers were great and Grace from the crowd rocked it on drums!’

A third said, ‘How good was Grace of the crowd on drums, guys, wow! It even made me emotional to see her play like that.’

Meanwhile, many users labeled the concert “the best ever,” with dozens citing how wonderful the spontaneous collaboration had been.

Others asked if they would see her perform with the band again soon, adding that she had made her hometown proud.

The Killers were founded in Las Vegas in 2001 by Brandon Flowers and Dave Keuning.

Having experienced a number of short term bassists and drummers in their early days, both Mark Stoermer and Ronnie Vannucci Jr. joined the band in 2002.

Their top hits include Mr Brightside, Human and When You Were Young.