A slaughterhouse worker who woke up to find his friend was trying to rape him and responded by fatally stabbing him 49 times has been sentenced to six years in prison.

Newcastle Supreme Court Justice Helen Wilson accepted that Jamie Cust had panicked when he was sexually assaulted by Philippine citizen Jesus Bebita and that the brutal murder was caused by extreme provocation.

Justice Wilson said it was clear that Cust, 23, had lost all self-control when he attacked Mr Bebita, 41, in such a ‘frantic manner’.

She said Cust’s “savage response” to sexual assault could have been triggered by an adrenaline rush to the brain to do everything it could to fend off Mr Bebita when he finds himself in a hazy and vulnerable state between sleep and consciousness. was located. 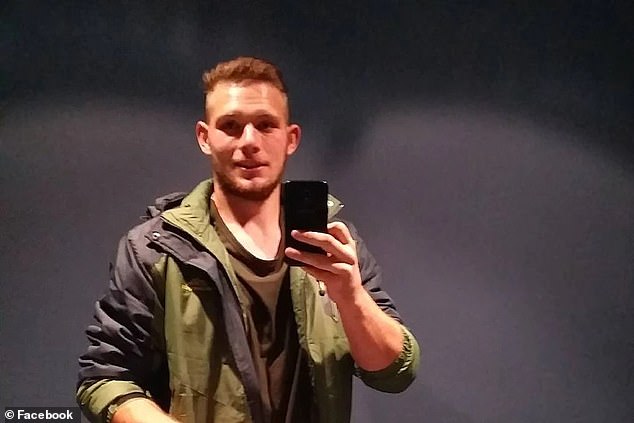 The judge sentenced Cust on Thursday to six years with a minimum of four and a half years and was satisfied with the evidence that Mr Bebita had tried to have sex with Cust when he woke up.

A jury found Cust not guilty of the murder of Mr. Bebita on the basis of extreme provocation, but guilty of manslaughter in the early hours of December 18, 2018.

The two men were friends and colleagues at the JBS Meatworks in Scone when Cust was invited over for a few drinks at Mr Bebita’s unit in town.

Justice Wilson said the two men had taken selfies with Cust’s cell phone at about 9 p.m. on Dec. 17, which resulted in them appearing “smiling broadly and happy” in the kitchen.

Mr Bebita’s body was found lying in a pool of blood in the bathroom the next morning after being stabbed 49 times.

Cust called his stepfather, Vivian Price, at 4:14 a.m. to pick him up, and on the drive back to Muswellbrook told him, “I stabbed him because he tried to rape me.”

‘I think he’s dead. I woke up, my pants were down and he was rubbing his cock all over me,” Cust told his stepfather.

When Cust later turned himself in at Muswellbrook Police Station, a police officer described him as very upset, his words slurred and wiped away tears.

Cust told police, “I killed someone who tried to rape me.”

Judge Wilson said it was likely that Mr Bebita was struggling with Cust, who was planning to catch a train to Sydney the following morning to start a new job as a trainee chef, and fled from the bedroom through the hallway to the bathroom chased by Cust.

“This was a sustained and extremely brutal attack on an elderly, smaller and unarmed man,” the judge said. 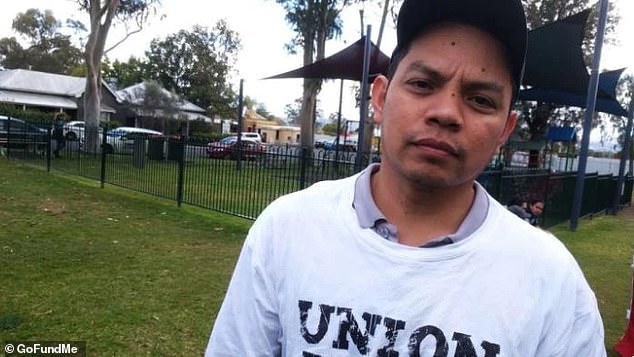 Jesus Bebita (pictured) was fatally stabbed 49 times after sexually assaulting friend and colleague Jamie Cust, whom he invited for drinks after work

She told how an autopsy revealed that Bebita was in a state of sexual arousal before being chased and killed by Cust.

Judge Wilson said Mr Bebita’s ordeal must have been both terrifying and painful, but she accepted Cust’s claim that his friend and mentor had tried to have sex with him when he lost his temper.

The judge said Cust had a right to feel safe in his friend’s home and that Mr Bebita’s actions were a clear breach of trust.

Referring to Cust’s psychiatric report, Judge Wilson admitted that his genuine remorse reflected his disgust at what he had done to a friend.

The report described Cust as an intelligent, flexible and resilient young man with no history of violence, criminal record and no mental illness or personality disorder.

Cust told the psychiatrist that he still felt bad about what he was doing, regretted taking the knife and wishing he had done things differently.

Judge Wilson was convinced that Cust’s prospects for rehabilitation were “very rosy.”