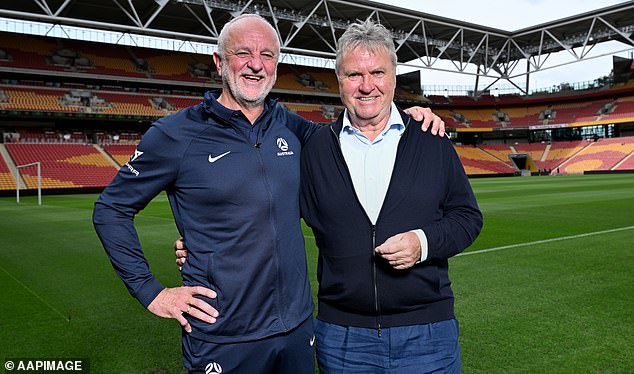 Socceroos coach Graham Arnold reveals the huge impact Guus Hiddink has already had on the squad, despite only meeting players who were ‘five or six’ when he led the team to the World Cup in 2006

Socceroos boss Graham Arnold has revealed the importance of having Guus Hiddink as his right-hand man for the next two friendlies against New Zealand.

The Dutch maestro – who famously led Australia past the group stage at the 2006 World Cup in Germany – was happy to help his former assistant ahead of the games in Brisbane on Thursday and Auckland on Sunday.

In the official pre-game press conference on Wednesday, both men exchanged stories about the glory days with Hiddink at the helm.

Whether it’s Arnold’s questionable gum etiquette or how Hiddink nearly replaced goalkeeper Mark Schwarzer with fellow shot-stopper Zeljko Kalac ahead of the epic penalty shootout triumph against Uruguay in 2005, the fond memories were celebrated publicly.

Arnold then told the scrum of journalists how his current batch of players were immediately captivated by Hiddink when he arrived at the camp. 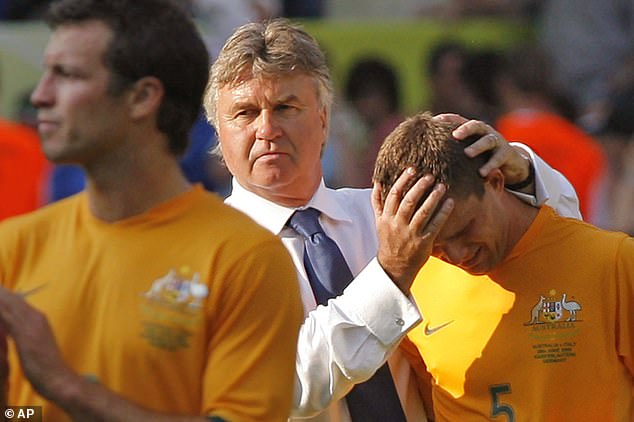 In 2006, with Hiddink at the helm, the Socceroos reached the World Cup Final 16 in Germany (photo, Jason Culina after the 1-0 defeat to eventual winner Italy)

“There were only half a dozen players who came in for breakfast this morning, and the look on their faces said it all,” he said.

“Those kids, who are our players now, were probably five, six to ten years old in 2006 and they were all idolized of him.”

Hiddink fills the void for Arnold’s assistant Rene Meulensteen, who has stayed in Europe to scout Socceroos’ World Cup opponents.

‘Aussie Guus’ went on to talk about the mentality he admires about Australian footballers.

“Very open-minded,” Hiddink said. “They’re coming to you. They are not shy and that is what I like very much. 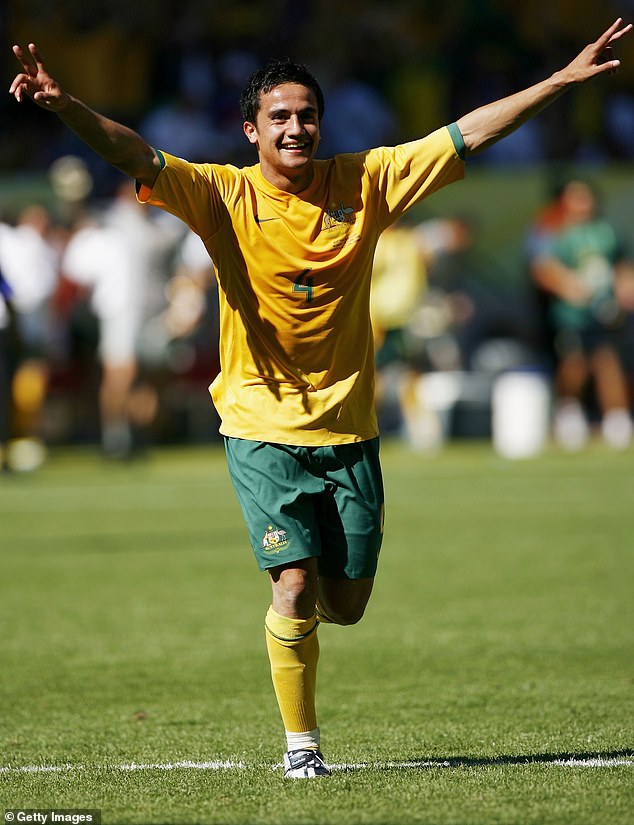 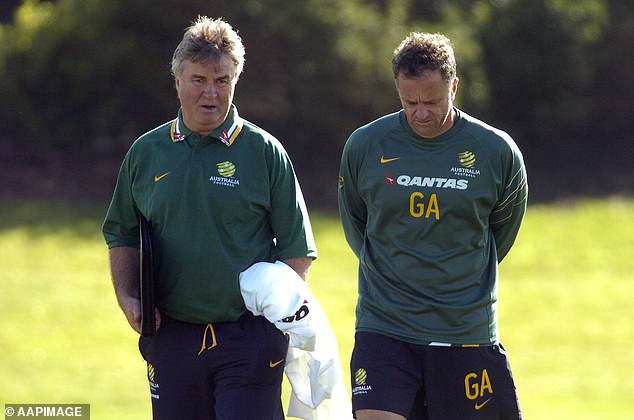 Hiddink agreed to help Arnold in the two games against the All Whites, with Rene Meulensteen scouting Australia’s World Cup opponents in Europe (pictured, the coaches in 2006)

‘I often get the question… what were some highlights in your (coaching) career?

‘Everyone wants to push me a little bit towards Chelsea or’ [Real] Madrid or PSV…but folks, you’re forgetting one.

“My experience with this country, with this team, with the staff, was one of my highlights. And that’s why I’m very happy to be back.’

Arnold added that the players will be sponges around Hiddink, hanging on his every word.

“The most important thing is that the mentality of the players is right, they don’t see it as a party,” he said.

“Guus will send the players some strong messages about what he has achieved and what it takes to be successful at a World Cup.”

After the two games against New Zealand, Arnold will designate his last 26-man squad for the World Cup in Qatar.

Son Heung-min insists Spurs ‘sacrifice and do the…