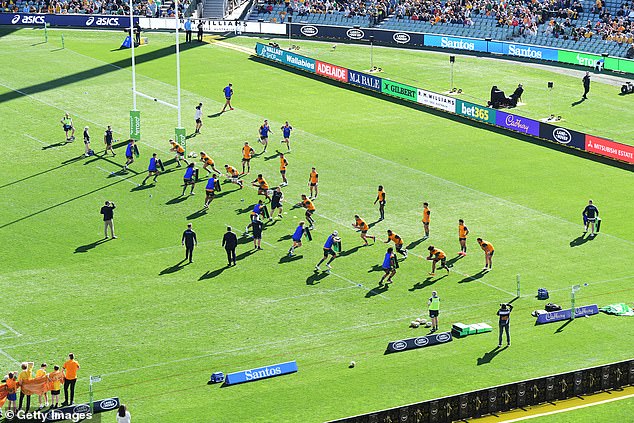 A South African rugby player has apologized to a boys’ school in Sydney after being caught on the school grounds during a Springboks training session.

The world champions are in the midst of a two-game streak against the Wallabies and need a win this weekend to settle things with their hosts after suffering a 25-17 loss in Adelaide last Saturday.

The Springboks hosted training sessions at Randwick Boys’ High School – a popular destination for touring teams – but turned red when an unidentified member of the squad had to go to the bathroom urgently on Monday afternoon.

According to The Sydney Morning Heraldthe player walked to a secluded location near trees, but was seen by the school principal, Lance Raskall.

A spokesman for the NSW Department of Education confirmed an incident had taken place but stressed that no student at the school had witnessed the player urinating on the pitch.

The training took place after school ended, but the field was visible to passers-by on the street.

After an apology from the player in question to the director, the Springboks were allowed to continue training at the school and underwent sessions on Tuesday and Wednesday.

The tourists are looking for their first win in Australia since 2013, and the pressure on the world champions is mounting after their poor performance in Adelaide.

Jacques Nienaber has made sweeping changes to his side ahead of the Sydney game, which saw nine players eliminated in a bid to turn the tide at the Allianz Stadium – which will host its first test match since its $830 million refurbishment.