Steve Bannon, the former top strategist to former US President Donald Trump, has taken the stage to promote a wild theory of replacing humanity with “Human 2.0.”

The idea of ​​the “great replacement theory” was floated at the Turning Point USA conference held in Tampa last week.

It saw Bannon suggest that President Biden’s Cancer Moonshot was actually more of a cover to genetically manipulate the human race rather than cure the disease.

The Moonshot hopes to reduce the cancer death rate by at least 50% over the next 25 years, but Bannon seems to have other theories about the initiative and believe it is a cover for something far more sinister.

Steve Bannon, former top strategist to former US President Donald Trump, has taken the stage to promote a wild theory of replacing humanity with ‘Human 2.0’ 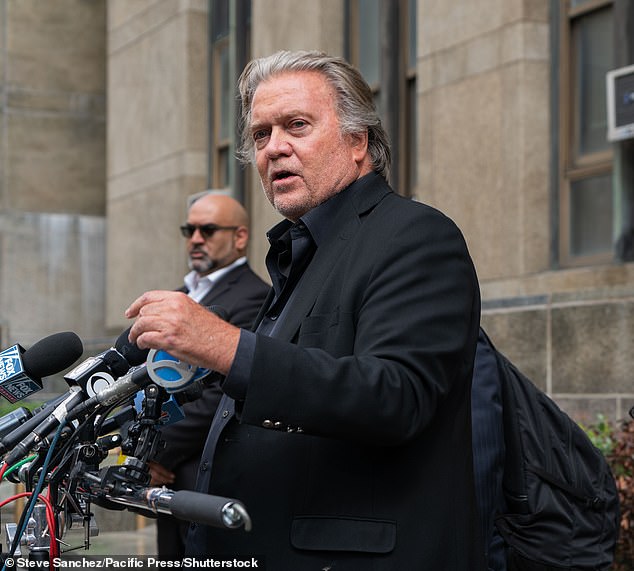 “This is the greatest inflection point in human history,” Bannon explained.

“In the lived experience of half this room, or maybe more, we’ll get to a point where you’ll have Human 2.0. Right? They tell you that. They fund that. This isn’t science fiction, this is a fact,” Turning Point said.

Bannon said “they” want to be “immortal” and may be working on this secret “Human 2.0” under the guise of doing good.

He suggested that the “replacement theory” initiative could very well take place as part of the Cancer Moonshot program to cure the disease. 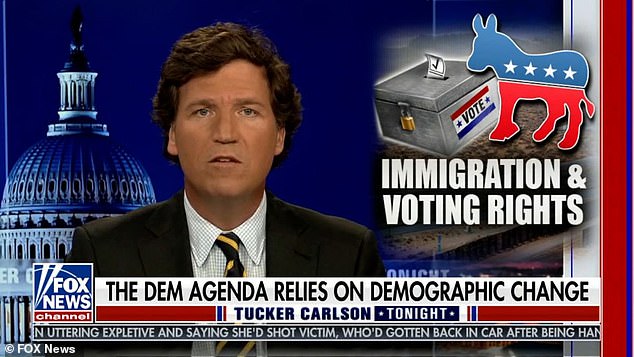 Tucker Carlson has repeatedly targeted the Democratic Party, accusing it of easing immigration policies and sidelining white Americans to win votes in the polls.

Bannon continued, “Of course you’ve never heard of it. They don’t want to talk about it. They’re just going to do it. And they’re going to call it the Cancer Moonshot. This is what we must stop.’

The “great replacement theory” is a white nationalist far-right conspiracy theory that claims that non-white individuals are brought to the United States to “replace” white voters to fulfill a political agenda.

The once-marginal racist idea became a popular chorus among media figures like Tucker Carlson and Laura Ingraham of Fox News. Some Republicans have been accused of espousing similar ideas.

After the supermarket shooting in Buffalo earlier this year, Biden called it a “hatred” that “has radicalized angry, alienated, lost and isolated individuals through the media and politics, the internet, so that they mistakenly believe they will will be replaced.

‘That’s the word, ‘Replace’, with the other one. By people who are nothing like them, and you are therefore, in their perverse ideology, that they are fed and possessed, lesser creatures,” Biden said in May.

“I call on all Americans to reject the lie and I condemn those who spread the lie for power, political gain and profit,” Biden said. ‘That’s what it is. We have seen too many times now the deadly and destructive violence that this ideology unleashes.’

Whites are indeed moving towards minority status in the United States.

In 2018, estimates from the US Census showed for the first time that whites fell to less than 50% of the population under 15. 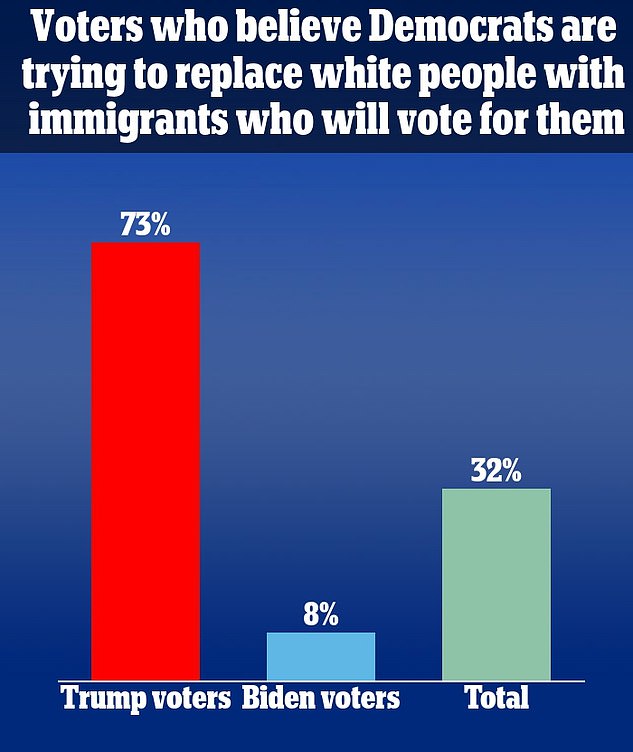 Despite the wild nature of Bannon’s promotion of the “replacement theory,” a poll taken earlier this year found that 73 percent of Trump voters believe Democrats are trying to replace white Americans with immigrants and people of color to get more votes.

The YouGov opinion poll asked voters from June: “Do you personally believe that Democrats in the US are trying to replace white Americans with immigrants and people of color who share the Democrats’ views?”

In terms of the Cancer Moonshot, Biden himself brought up the initiative during a speech at the John F. Kennedy Presidential Library and Museum in Boston, Massachusetts.

‘Cancer doesn’t distinguish between red and blue; it doesn’t matter if you are a Republican or a Democrat. Beating cancer is something we can do together,” the president said. 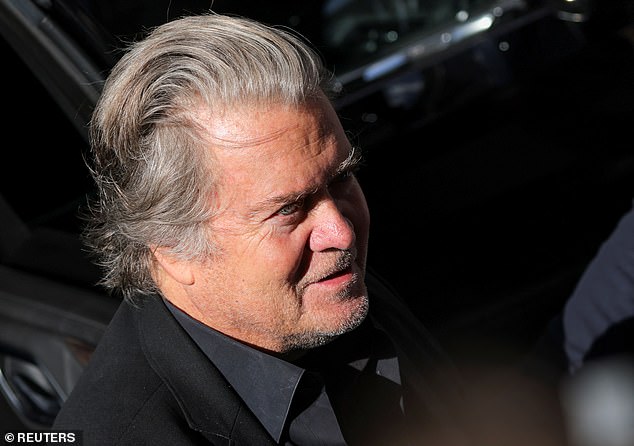 Earlier this month, Bannon appeared handcuffed in a New York courtroom after he handed himself over to state authorities to charge fraud over his ‘We Build the Wall’ plan. 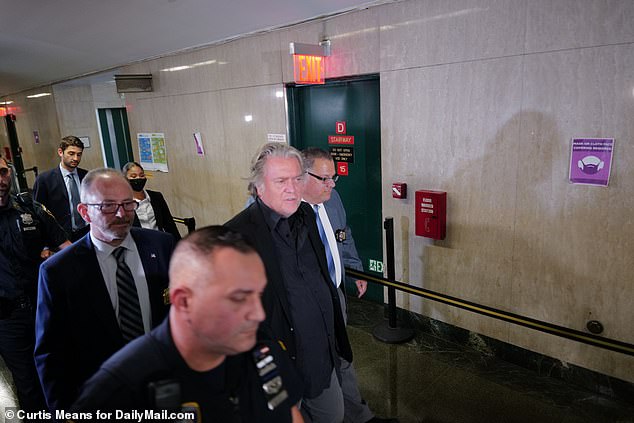 As he entered the courtroom handcuffed, Bannon grumbled: ‘They will never silence me, they will have to kill me first’

Bannon, meanwhile, has other pressing matters to deal with.

Earlier this month, he appeared in a New York courtroom in handcuffs after handing himself over to state authorities to be charged with fraud with his “We Build the Wall” not-for-profit scheme.

The chained Bannon grumbled as he was dragged into the courtroom, “They’ll never silence me, they’ll have to kill me first.”

Bannon was released without bail. He is facing criminal charges for his role in the group that raised $15 million to build a wall along the southern border and reportedly hoarded about $1 million.

Bannon is charged with two counts of money laundering, three counts of conspiracy and one of conspiracy, according to the office of New York Attorney General Letitia James, to which he has pleaded not guilty.

Bannon took advantage of his donors’ political views to secure millions of dollars which he then embezzled. mr. Bannon lied to his backers to enrich himself and his friends,” James said in a statement.

Bannon has already pleaded not guilty to separate federal charges of conspiracy to commit mail fraud and money laundering for his role in the fundraiser. He was pardoned by former President Trump before a trial was held. 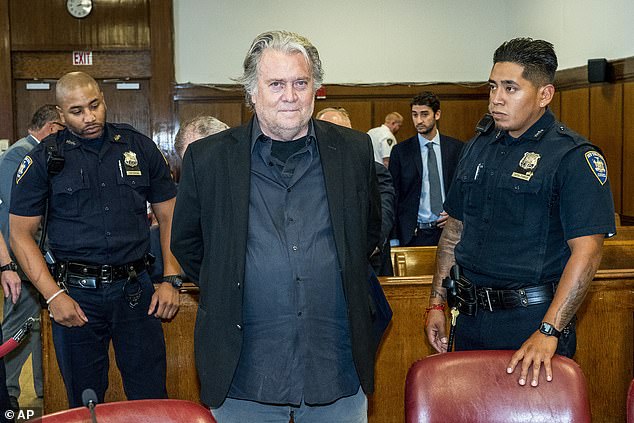 The Queen’s funeral: mourning outfits that spoke volumes about their bearers