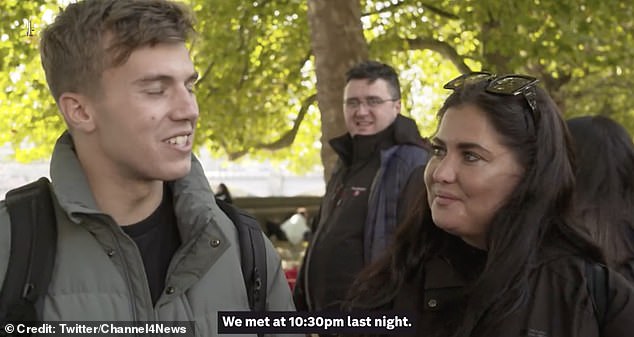 A budding romance between strangers who met in line to honor the Queen may have started at a time likened to rom-com Love Actually.

Royal mourners Jack and Zoe, who “have a lot of things in common,” got together at 10:30 p.m. last night in a five-mile queue, which currently has a 13-hour wait according to the government’s live tracker.

Zoe said meeting Jack was a “blessing in disguise” as they entertained each other with “chips and chat” – and they now plan to watch the Queen’s funeral together on Monday.

She said she would have “mixed emotions” at Monday’s historic and sad funeral and that she “wanted to share that moment with someone else.”

Twitter users were quick to cheer on their budding romance — as some suggested, a spiritual successor to Richard Curtis’ beloved ensemble romcom Love Actually: “Queue Actually.”

Royal mourners Jack (left) and Zoe (right) lined up to honor the Queen after meeting at 10:30pm last night 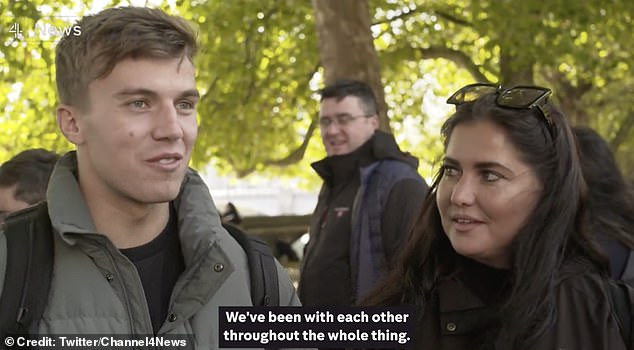 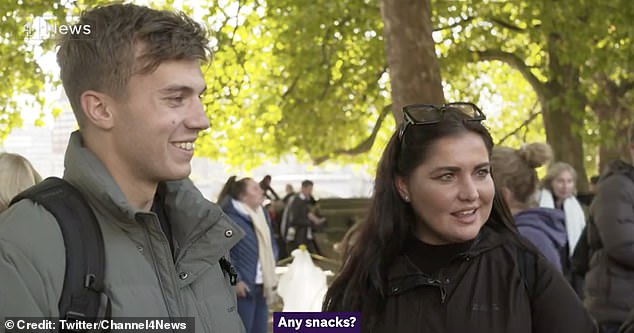 “We met last night at 10.30pm and we’ve been through the whole thing so far,” Jack told Channel 4 News’ Minnie Stephenson this afternoon with a grin on his face.

“We actually have a lot of things in common,” he said as Zoe looked at Jack with a smile and agreed, “Yeah.”

The Channel 4 New reporter asked the couple if they would like to keep in touch after paying their respects at Westminster Hall.

“We’re going to the funeral together on Monday,” Jack added.

“It’s going to be mixed feelings,” Zoe said. “And it’s something that’s part of history, so we want to be there and share that moment with someone else.” 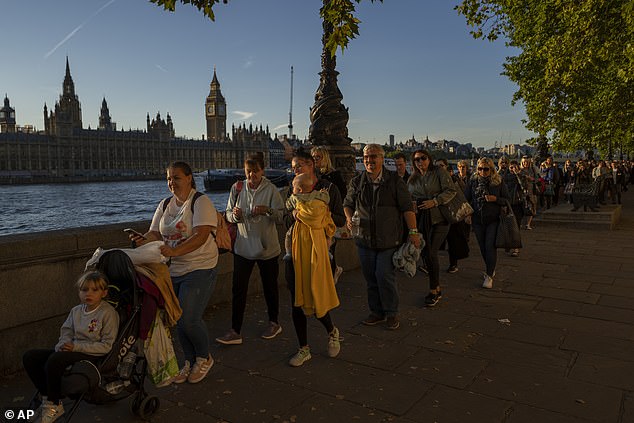 People are lining up today to pay their respects to the late Queen Elizabeth II at the Lying-in State, outside London’s Westminster Hall. 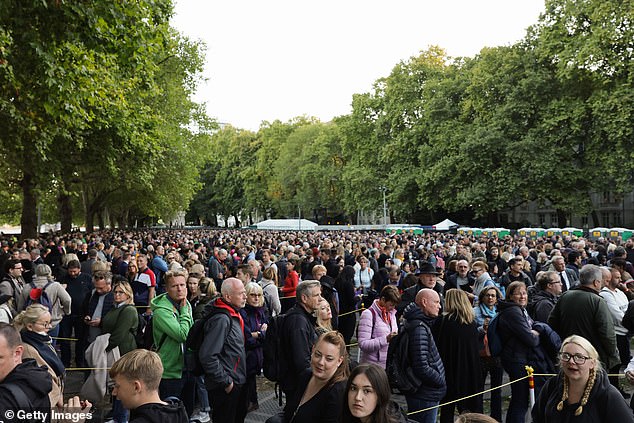 dr. Vicky suggests that Jack and Zoe should star in Love Actually: The Queue

Huge Norwood suggested the title: ‘Four Queues and a Funeral’

Jack added: “It’s getting really bleak. Seeing the Queen descend to Windsor—it’ll be weird to actually see it.’

When asked how long the wait in line was, Zoe said meeting Jack was a “blessing in disguise.”

“I thought I would be exhausted, but the queue has gone so fast.”

She said they kept each other going by “sharing stories, laughing and chatting.”

“Good chat,” they said in unison, Jack adding that “chips and chat” were key to keeping them going. 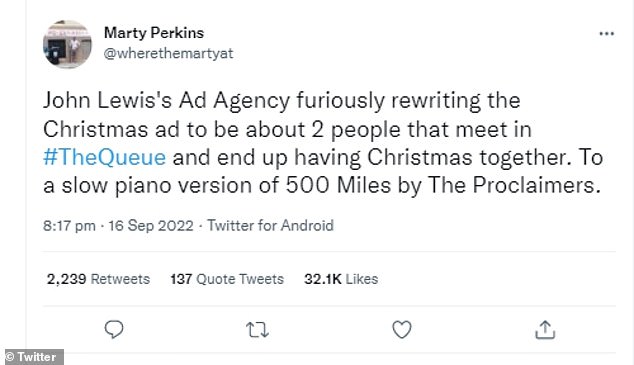 But user Marty Perkins had a different angle, instead throwing the queue like a sentimental John Lewis Christmas ad

Twitter user Professor Ben Stanley suggested a new Richard Curtis Romcom called The Queue, featuring a performance by David Beckham, who queued the full eight hours despite the chance to jump ahead.

Another suggestion for a title by Hugh Norwood was ‘Four Queues and a Funeral’.

The witty pun writer Declan Cashin joked, “I hope they remembered the grief after the pill.”

dr. Vicky Foster suggested almost exactly the same idea, adding that Holly Willoughby and Phillip Schofield, who did not enter Westminster Hall by the usual route, should be the villains of the play.

She tweeted, “Love Actually: The Queue. Starring these two, David Beckham as the cameo hero and Holly and Phil as the bad guys.”

‘Hopefully they remembered the grief-after-pill’

However, in what could be considered a strange case of art mimicking life, some users tweeted the idea before Channel 4 published their interview online.

Lynsey James and Amanda Jennings brainstormed on a similar idea two days ago on Thursday — which started out as a four-part BBC drama starring Keeley Hawes — but quickly morphed into a “Richard Curtis ensemble piece much like Love Actually, where the individual stories all flow together towards the end of the row’.

Comedian Dara Ó Briain tweeted yesterday afternoon: “Pitch idea: “Meet Queuete” about a boy and a girl who fall in love in an 11 waiting to see the queen. Netflix already very interested.

“It gets tough in episode 6 when she goes out for coffee and meets David Beckham.”

However, Twitter user Marty Perkins took a different angle and instead posted the queue as a sentimental John Lewis Christmas ad.

He wrote: ‘John Lewis’s ad agency is furiously rewriting the Christmas ad so that it’s about two people meeting on #TheQueue and eventually celebrating Christmas together. To a slow piano version of 500 Miles by The Proclaimers.’

Are you Jack and Zoe or did you meet a special new person in line? E-mail oliver.price@mailonline.co.uk

Australian women visiting US are surprised by ‘creepy’ American men