Stuart Highway hit and hit in court, mother and son are said to have hidden a woman’s body in the bush

A mother and son accused of hiding the body of a pedestrian killed by a vehicle near Darwin face court.

The Aboriginal woman’s leg was dismembered in Monday night’s collision and later discovered on Stuart Highway in the Northern Territory, triggering a police investigation.

Joshua Gary Mason, 23, is accused of hitting the woman with a car on the busy highway in the suburbs of Darwin.

His mother, Deborah Karen Mason, 50, then allegedly helped move and hide the woman’s body in bushland 15km south of the collision site.

The pair appeared shortly before the NT Local Court in Darwin on Friday on a range of charges, including misconduct involving a corpse, destroying evidence and attempting to distort the course of justice.

Attorney Peter Maley said Joshua Mason would likely plead guilty to the charges, along with the additional hit-and-run charge.

‘Probable solution. It will be resolved sensibly,” said Mr Maley.

He did not apply for bail and was remanded in custody.

Deborah Mason shows up later on Friday to request bail.

The dead woman’s partial leg was discovered Tuesday morning on the Stuart Highway in the rural suburb of Coolalinga, 30 km south of the city center, sparking a large-scale police investigation.

Her body was later found hidden in undergrowth on Jenkins Road in Bees Creek on Wednesday night after the Freemasons were arrested earlier in the day.

“The investigation is ongoing but at this stage we believe the victim’s body has been removed from the scene following the collision by the driver and his accomplice,” Detective Senior Sergeant Paul Morrissey said when details of the charges were released earlier. were released Friday.

“Killing someone with your vehicle and then (allegedly) going to great lengths to cover it up is reprehensible behavior.”

Police have not released details about the victim’s identity or age.

A forensic pathologist who examined the partial leg on Tuesday determined that she was a teenager or an adult. 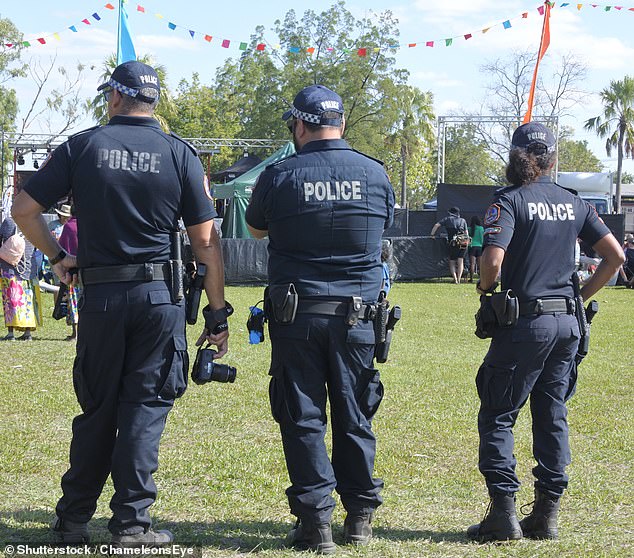 Police found the woman’s body hidden in the bushes on Wednesday, two days after the leg was discovered

Det Sen Sgt Morrissey previously said her injuries were consistent with a collision with a vehicle.

A traveler driving on the four-lane highway between Darwin and Alice Springs and Adelaide saw the partial leg.

Investigators were initially unsure whether the owner was dead or alive, leading to a fruitless search for the NT’s hospitals and medical clinics.

It is clear that a foot was attached to the lower part of the leg.

Police allege that Deborah Mason helped her son get the woman’s body off the highway in an attempt to cover up the crime.

It was the eleventh fatal accident involving pedestrians on NT roads in the past 18 months.

All were native and six involved hit-and-run incidents, according to NT police.

Joshua Mason will appear in the same court again on July 27.

Below Deck Down Under: Jamie accuses Aesha and Brittini of ‘bullying’