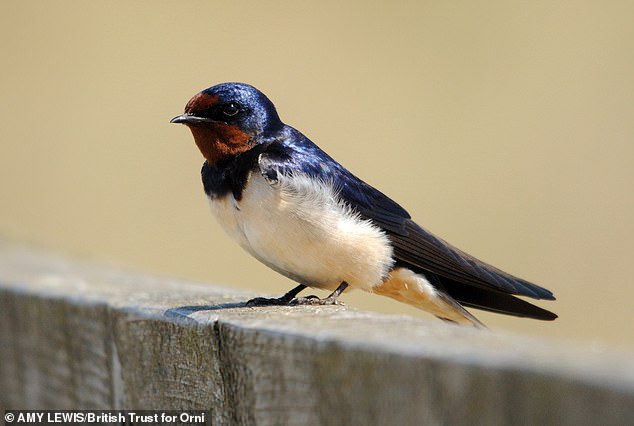 Swallows no longer travel the 6,000 miles to South Africa and stay in Britain over winter amid milder temperatures thanks to climate change, study reveals

Swallows no longer travel the 6,000 miles to South Africa and spend the winter in Britain amid milder temperatures thanks to climate change, a new study reveals.

A dozen birds have been reported in January, mainly in the south, south west of Great Britain and Ireland.

Professor Juliet Vickery, Chief Executive of the British Trust for Ornithology (BTO) said: ‘It is indeed remarkable. The behavioral change is one of the most remarkable signs to date that global warming is caused by climate change.

“We don’t have to go back too far to remember the winters when it would have been impossible for swallows to survive the freezing temperatures, but as our winters get milder, we may see more and more.”

Swallows no longer travel the 6,000 miles to South Africa and stay in Britain over winter amid milder temperatures thanks to climate change, new study reveals

Climate change is causing some birds in the Amazon region SHAPESHIFT

Climate change is changing the bodies of birds in the Amazon, the world’s largest rainforest, a worrying study finds.

Researchers found that several bird species have become smaller with longer wings over several generations in response to hotter and drier conditions.

Traditionally, swallows migrate south at the end of summer because the European winter is too cold for the flying insects they feed on.

How long this has been going on is typified by a famous Greek vase from 500 BC on which three men look up at a returning swallow with the inscription ‘Spring already’.

But with the mild winter build-up in recent years, a small number of swallows have been able to attempt to spend the winter months here.

The BTO’s BirdTrack survey of bird watchers’ regular observations received nearly 100 reports of up to 12 individual swallows between January 1 and February 1.

Professor James Pearce-Higgins, scientific director of the BTO said: ‘A few decades ago it would have been unthinkable to suggest that our winters would be warm enough for swallows to survive.

“But the evidence that our climate is changing is growing from year to year.”

Where the swallow went for the winter has only been known for a little over a century with the introduction of bird ringing.

In December 1912, on a farm in Natal, South Africa, a swallow was captured with a ring placed on its leg 18 months earlier by John Masefield, a barrister and amateur naturalist, on the porch of his home in Cheadle, Staffordshire. 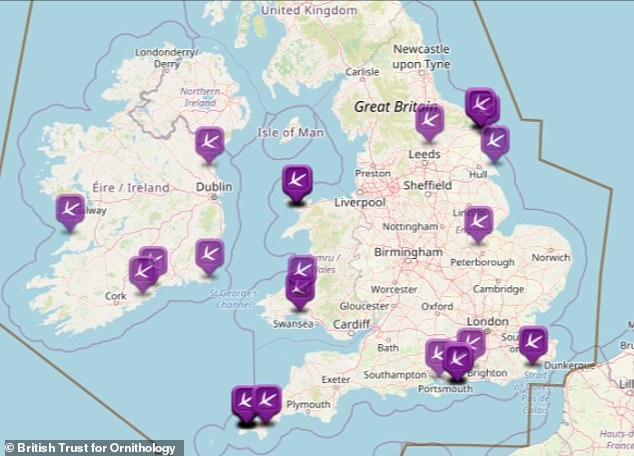 A dozen birds have been reported in January, mainly in the south, south west of Great Britain and Ireland 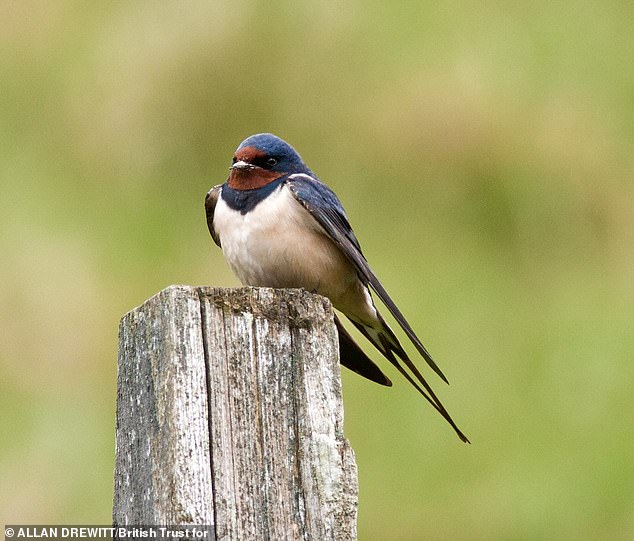 The BTO’s BirdTrack survey of bird watchers’ regular observations received nearly 100 reports of up to 12 individual swallows between January 1 and February 1.

This proved that a bird not much bigger than a matchbox could undertake an immense annual journey of 6000 miles, including crossing the Sahara.

However, the swallow is not the only bird affected by global warming.

The BTO’s recent report on British birds and climate change indicated that a quarter of Britain’s breeding species could be negatively affected – with one of the British public’s favorite birds, the puffin, likely to disappear completely.

BIRDS USE SONG TO COMMUNICATE WITH OTHER BIRDS

Birds use their voices to communicate with other birds.

Sharp tunes are an efficient way to communicate over long distances, especially if you’re small and live in dense habitats like rainforests.

Most bird species use specific calls to identify themselves and communicate a nearby threat.

Birdsong is a special type of call used by many species to help them mate.

Almost exclusively a male activity, birdsong helps the warbler to signal that he is fit, healthy and ready to breed.

Amelia Hamlin looks sporty as she strolls through NYC with…

Amelia Hamlin looks sporty as she…