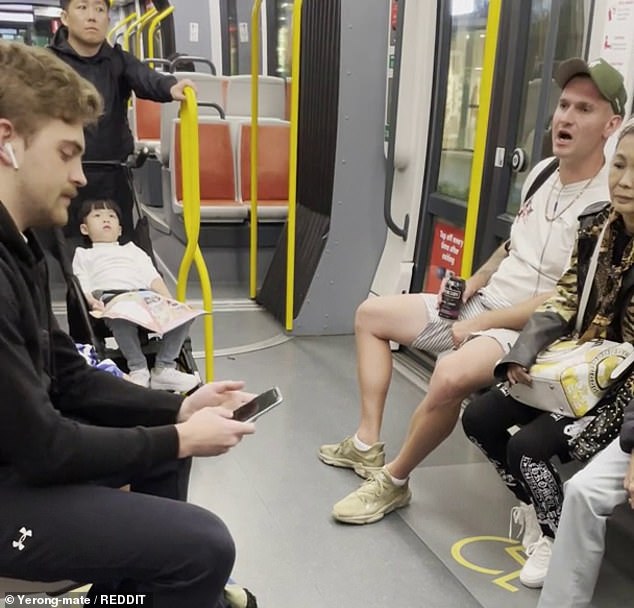 A shocking video has surfaced of a tram commuter in a foul-mouthed tirade at a passenger reading a book about Chinese Chairman Mao.

A man can be seen rocking a can of raspberry cider on social media and – after first practicing how to pronounce the infamous communist name – rants at the Sydney bookworm about political correctness.

“I take it you think there are 50 genders?” the man in the hat taunts the reader. ‘Mao can be identified as a dog? Woof woof!’

The passenger remains unfazed – not saying a word in response, determined to ignore him.

As passengers try to ignore the commuter’s loud frenzy, he continues: ‘And if you say something to it, you’re a racist, homophobic. There are 50 million genera.’

A small child in a pram interrupts the spraying and makes animal noises.

The tirade then seems to threaten to hit the commuter in the head – “I’ll smash your head in when we get out, bro” – for a sudden change of heart.

‘God bless you, God bless you, man. You can believe what you want to believe, but I lived it, my family lived it. It (communism) never works.’

The reading man then stops his book, Mao’s Great Famine, a non-fiction book about how the communist revolution left China in famine and violence – in front of his phone. 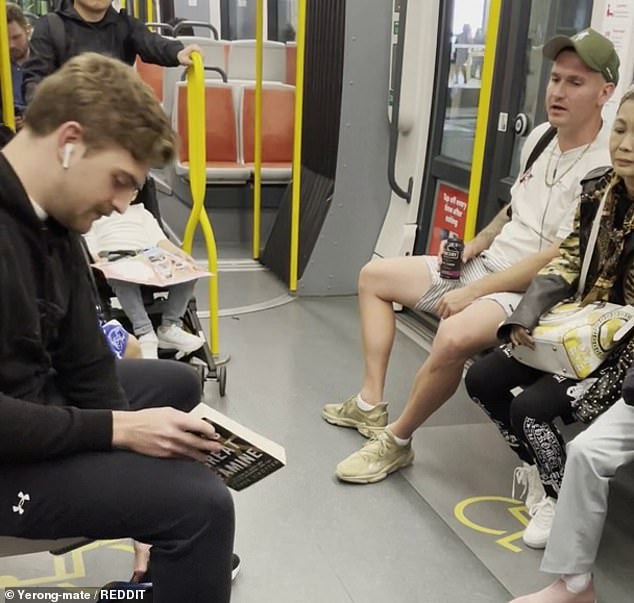 The man put his book down halfway through the diatribe, revealing that it was a historic title – “Mao’s Great Famine” – about the failures of the 1900 Chinese Communist Revolution and the Great Chinese Famine from 1958 to 1962, not a text supporting socialist philosophies as the passenger thought it was

The cider-wielding passenger kept nagging about people reading books being “privileged.” “We will make socialism work because we are white,” he continued.

Many who saw the original images online were completely stunned — praising the book reader for keeping his cool.

“(This) man just doesn’t even respond to him, he doesn’t give him the retribution he wants,” wrote another.

“Do you think (the reader) bends his right calf to assert dominance?” another joked.