Sydney’s Vivid Light Festival has been given a royal touch with iconic monuments around the harbor lit up in regal purple to celebrate the Queen’s Platinum Jubilee.

The seven-minute light show began at 9 p.m. Thursday as part of a national program lighting up monuments to coincide with official celebrations in the UK.

The Harbor Bridge, Luna Park and buildings around Circular Quay and Sydney Harbor Ferries were decorated in purple.

The Harbor Bridge (pictured), Luna Park and buildings around Circular Quay and Sydney Harbor Ferries were decorated in purple 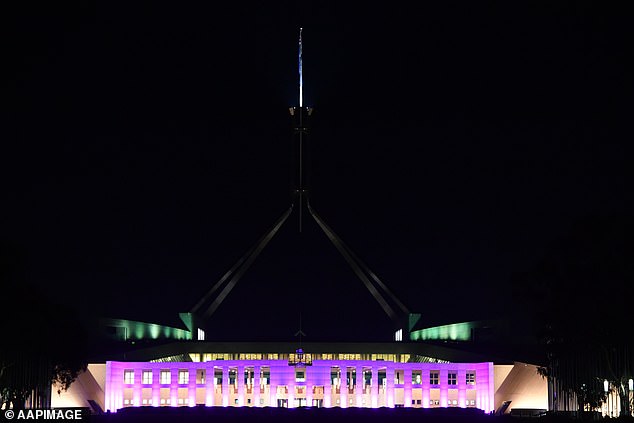 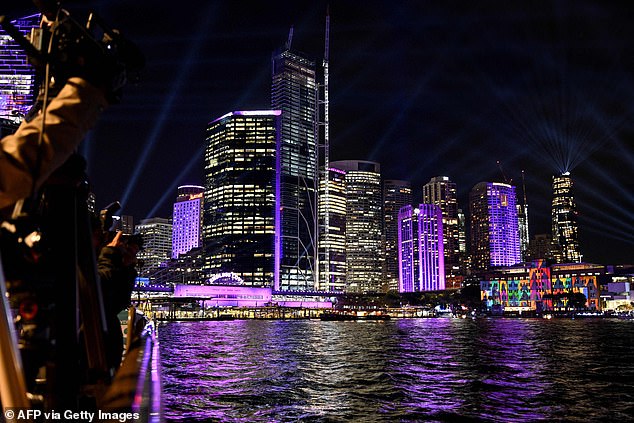 The NSW Parliament is lit through Sunday.

Other buildings and landmarks include the Sydney Cricket Ground and the CommBank Stadium, as well as several buildings in the Sydney Olympic Park.

Government House in Sydney will be lit up until June 13 and will welcome the public on June 12, the Sunday of the Queen’s Birthday Long Weekend.

Sydney isn’t the only city celebrating the purple-colored festival, with spots across the country lighting up for the commemoration.

The Brisbane Victoria Bridge was lit up in purple for the residents of Queensland to celebrate, as well as the Government House in Tasmania, and the Federal Parliament and Australian War Memorial in Canberra to name a few.

Meanwhile, the Queen herself was joined on Thursday by members of the Royal Family on the balcony of Buckingham Palace in front of tens of thousands of cheering Britons amid joyous scenes as her historic platinum anniversary celebrations kicked off.

Wearing her Guards brooch and the blue Angela Kelly outfit she wore in her official Platinum Jubilee portrait, the 96-year-old monarch exclaimed “unbelievable!” when she took the salute after arriving from Windsor Castle.

Prince Harry and Meghan Markle did not appear on the balcony but were reunited with their relatives while unobtrusively on a balcony at Horse Guards Parade in London.

Prime Minister Boris Johnson tweeted: “Congratulations to Her Majesty The Queen on your remarkable platinum anniversary. The whole country, the Commonwealth and the world thank you for your unwavering duty and service. Vivat Regina Elizabetha! God save the queen!’ 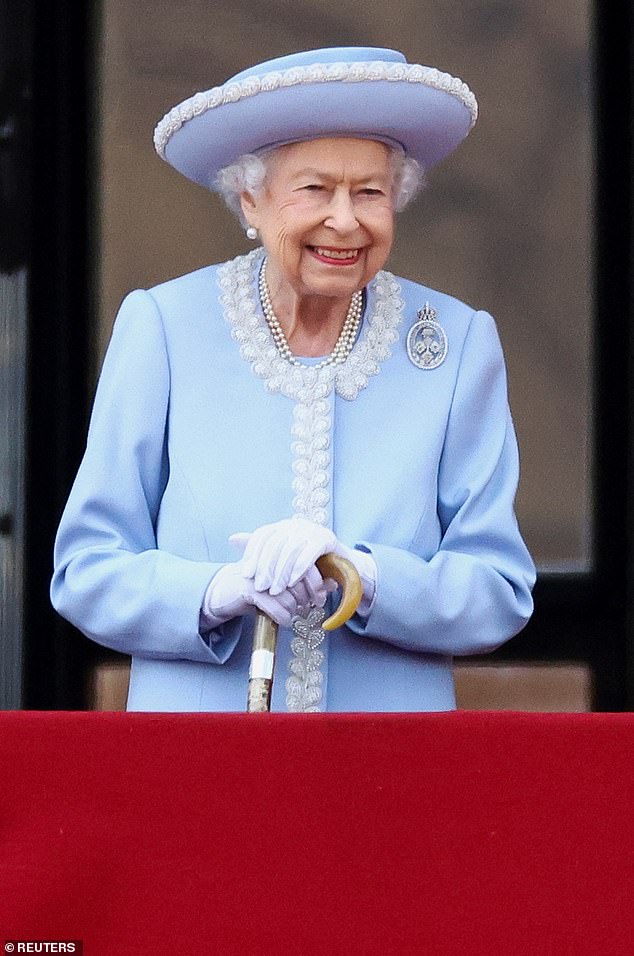 The 96-year-old monarch (pictured) wearing her Guards brooch and the blue Angela Kelly outfit she wore in her official Platinum Jubilee portrait exclaimed “unbelievable!” when she took the greeting after arriving from Windsor Castle 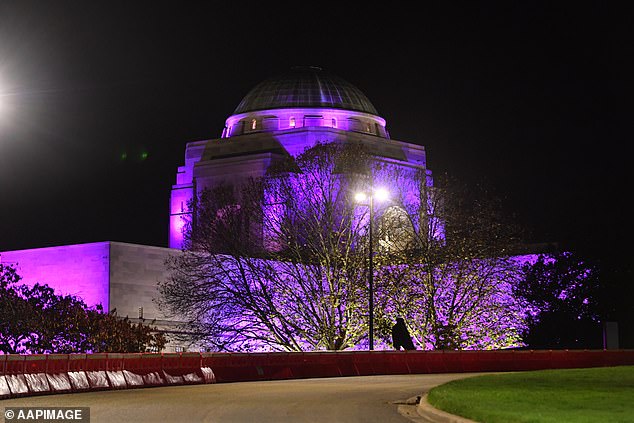 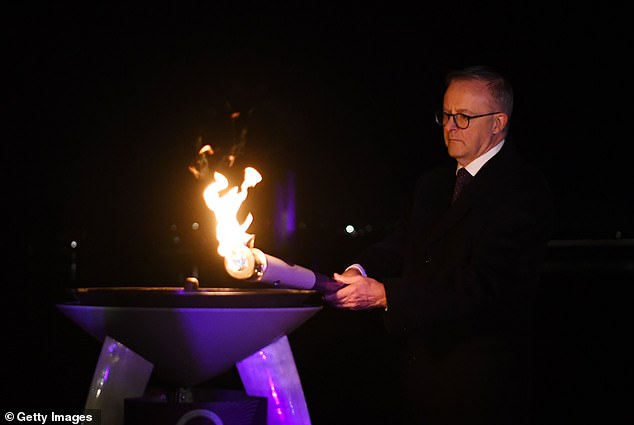 What the royals said on the balcony: Queen told Louis to ‘look at the smoke’