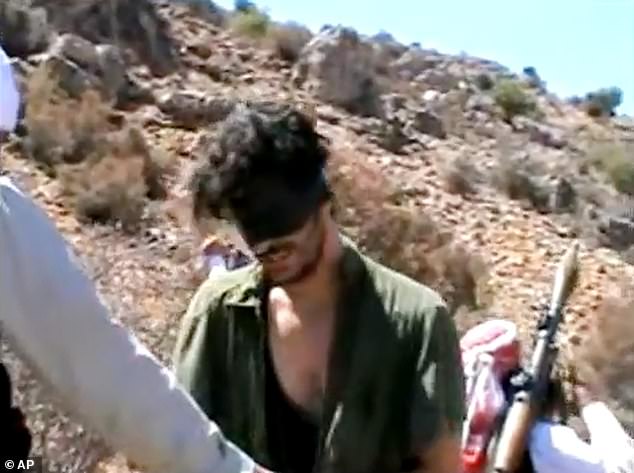 Syria denies the kidnapping of American journalist Austin Tice, who disappeared ten years ago, just a week after Joe Biden demanded his release.

The former US Marine was kidnapped in August 2012 at the age of 31 while reporting freelance in Damascus on the uprising against Syrian President Bashar al-Assad.

His family believes he is still alive and still being held in Syria. The identity of Tice’s kidnappers is unknown, and no claims have been made for responsibility for his kidnapping.

The Syrian Foreign Ministry described Tice as a US soldier and denied that the government was detaining him or any other US citizen following Biden’s claims last week.

The statement said Damascus “denies having kidnapped or detained a US citizen on its territory.”

“The US made misleading and illogical statements by the US President and Secretary of State last week, including unfounded allegations against Syria that it had kidnapped or detained US citizens, including former US Marine Austin Tice,” the statement said. 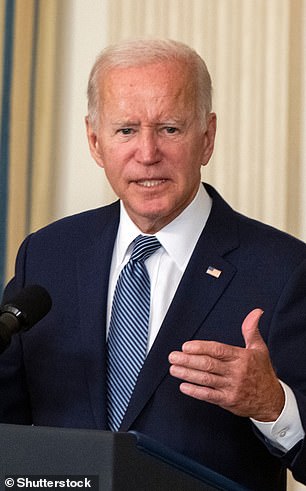 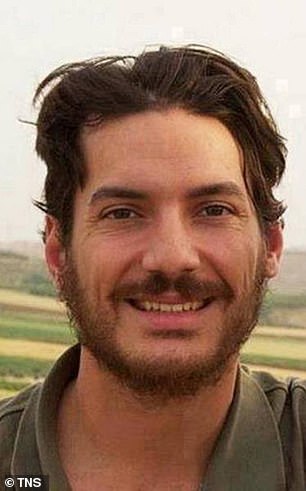 President Joe Biden accused Syria of detaining missing journalist Austin Tice. He was last seen 10 years ago after being kidnapped while covering the country’s civil war

Last week, on the 10th anniversary of his disappearance and the day before his birthday, Biden said he knew the Syrian government was holding Tice.

“He’s a son, he’s a brother, and he’s an investigative journalist who put the truth above himself and traveled to Syria to show the world the real costs of war,” the president said.

“We know for certain that he was detained by the Syrian regime.

“We have repeatedly asked the government of Syria to work with us so that we can bring Austin home.

“On the tenth anniversary of his kidnapping, I call on Syria to end this and help us bring him home.”

State Department spokesman Ned Price told reporters on Tuesday that the US government has been pushing Syria to return every American.

Specifically on Tice’s case, he said, the Biden administration has “extensive contacts — and that includes directly — with Syrian officials and through third parties.” 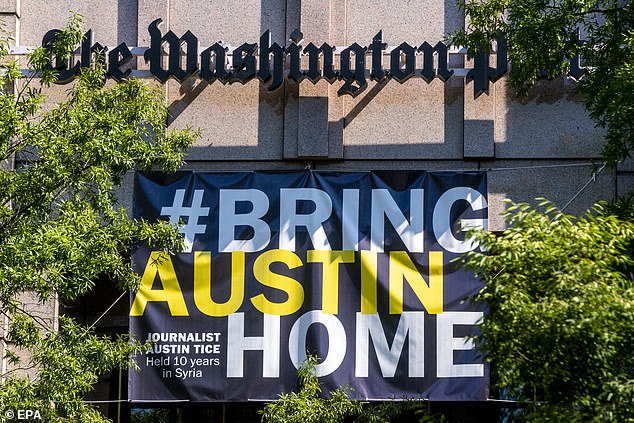 Tice worked for CBS News, The Washington Post and McClatchy . among others

“Syria has never acknowledged holding him,” Price said of Tice, adding that “we will not be deterred in our efforts. We will do everything we can to ensure Austin’s safe return.”

The Syrian Foreign Ministry denied in its statement that it had secret contacts with US officials about the missing Americans, adding that “any official dialogue with the US government will be open only on the basis of respect for Syria’s sovereignty.” .

In May, Major General Abbas Ibrahim, the top Lebanese security official, met with US officials in Washington as part of US-Syria mediation efforts for Tice’s release.

Ibrahim, the head of the Lebanese Directorate-General for Security, has in the past mediated complicated releases of hostages.

Tice, a freelance journalist for several news organizations including CBS News, The Washington Post and McClatchy, went missing at a checkpoint in a disputed area west of the capital Damascus.

A video released by Assad supporters later showed him blindfolded and distressed, surrounded by kidnappers. 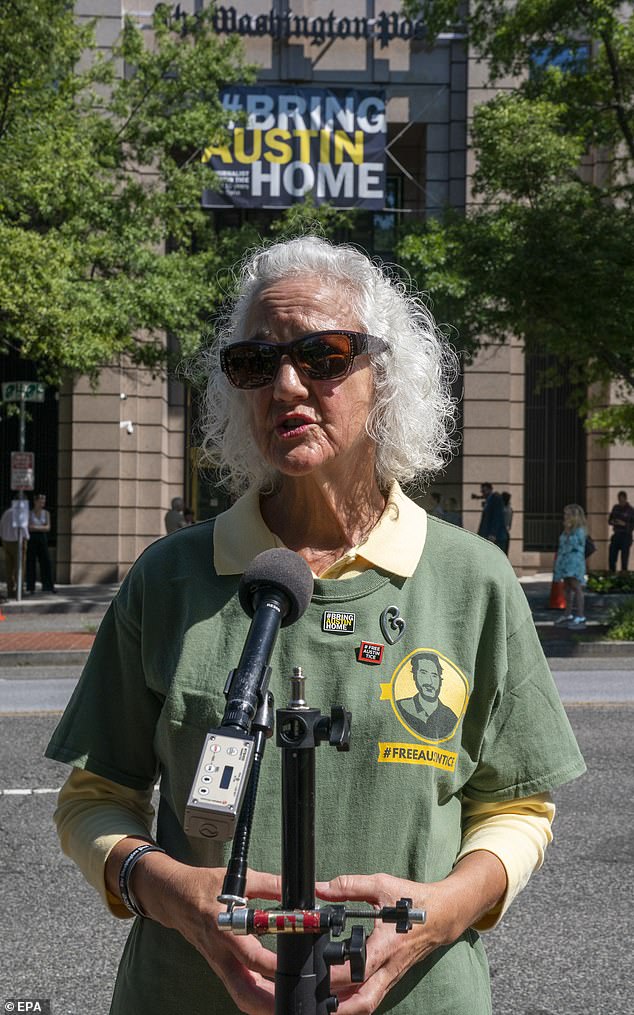 Austin Tice’s mom Debra said she never doubted her determination to bring her son home. She and her husband met Biden in May

Nothing more of him has been seen since then.

However, officials have repeatedly suggested that they believe he is still alive.

Four years ago, US envoy to Syria, James Jeffrey, said he believed Tice was being held hostage, but offered no further information.

Two years ago, Trump administration officials traveled to Syria to secure his release, but returned empty-handed.

Officials in Damascus reportedly said detainees could not be negotiated while US troops were in the country.

During the ups and downs, the missing journalist’s parents campaigned to bring him home.

‘I never doubted. I don’t falter now,” his mother told Debra CBS News in an interview earlier this week.

“There’s no reason not to believe he’s waiting and hoping and dreaming and planning to run free.” 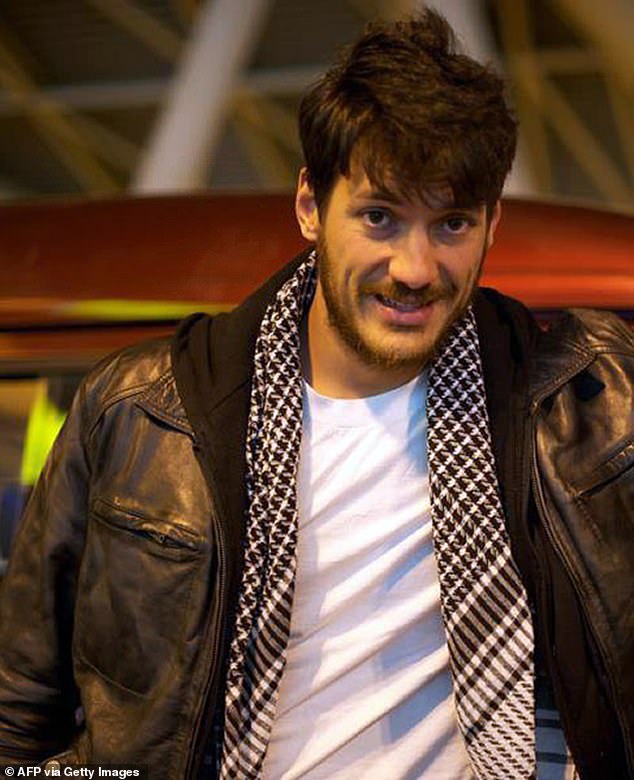 Tice is from Houston, Texas, and traveled to Syria to report on the brutal conflict that erupted in 2011 during the Arab Spring

Tice is from Houston, Texas, and traveled to Syria to report on the brutal conflict that erupted in 2011 during the Arab Spring.

In May, Biden met with Tice’s parents and promised that he would use all available resources to secure “Austin’s long-awaited return to his family.”

“The Tice family deserves answers, and most importantly, they deserve to be reunited with Austin soon,” he said.

“We stand behind Austin’s many loved ones and we will not rest until we bring Austin home.

“Ten years is way, way too long. That also applies to every extra day.’

We continue to demand that Syrian officials fulfill their obligations under the Vienna Convention on Consular Relations to recognize the detention of Austin and all other US citizens in Syria, a responsibility under international law and an important step in securing their release.” he said.

Tice is one of two Americans who went missing in Syria. The other is Majd Kamalmaz, a psychologist from Virginia who disappeared in Syria in 2017.