Tahnee Shanks: Clue in photo of toddler Adelynn in hunt for her Australian mother missing in Mexico

A tiny bloodstain on a toddler’s hand captured in a social media post could be a vital clue in the hunt for her Australian mother missing in Mexico.

Tahnee Shanks, 32, was last seen on May 2 when she checked out of the family’s Cancun hotel with husband Jorge Astudillo and two-year-old daughter, Adelynn.

Little Adelynn was later found wandering alone and barefoot outside a Cancun church about 9pm that day with no sign of her parents.

A Cancun local posted a picture of the toddler on Facebook to try to trace her family – but Tahnee’s relatives now believe it contains crucial evidence.

The photograph shows an unexplained mystery bloodstain on the child’s little finger which the family fears could be related to her mother’s disappearance.

And it comes as a series of sinister WhatsApp messages emerge that reveal Ms Shanks’s concerns for her safety at the hands of an abusive husband.

Adelynn has since been flown back to Australia where she is being cared for by her grandmother Leanne, aunts and uncles in Queensland’s Whitsundays.

‘If you zoom into the original picture you can see Adelynn has a spot of blood on her tiny finger,’ her uncle Daniel Shanks told the Daily Mercury.

‘Family members inspected Addy’s hand and found no blemishes or signs of injury.

‘We have asked investigators if this was reported or documented when Addy was taken into custody and if the clothes she was wearing have been DNA tested.’

The worried family have also been unable to locate the child’s clothes that she was pictured wearing in the Facebook post which went viral online.

‘Mexican and Australian authorities have been made aware by the family and no response has been received and as far as we know, no action has been taken.’ 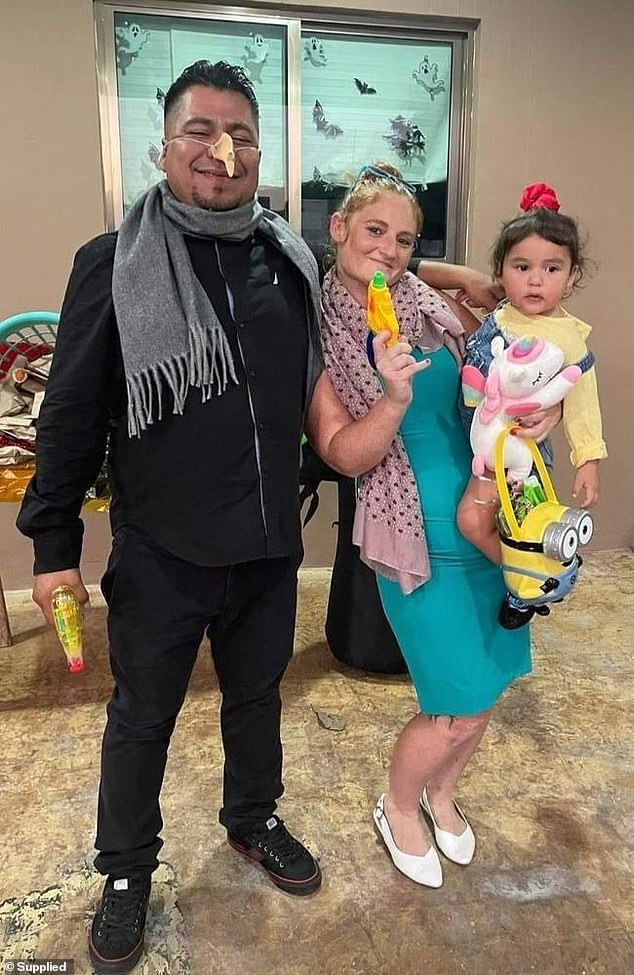 Tahnee Shanks, 32, was last seen on May 2 when she checked out of the family’s Cancun hotel with husband Jorge Astudillo and two-year-old daughter, Adelynn

Disturbing WhatsApp message from the mother prior to her disappearance have also now surfaced which give a frightening insight into her life in Mexico.

She reveals her fears in one that ‘something may happen to her’ before she could return to Australia June 22 and escape her drunken, abusive husband.

In one WhatsApp exchange she reveals she’d locked herself in her daughter’s bedroom in a bid to escape his rage as he tried to kick her out of the family home.

And in another she admitted to a friend she’d asked her family to help her financially so she could move out before her planned return to Australia with Adelynn in June. 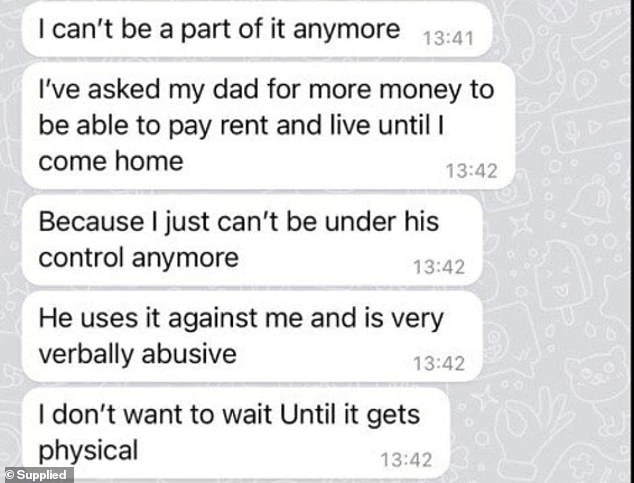 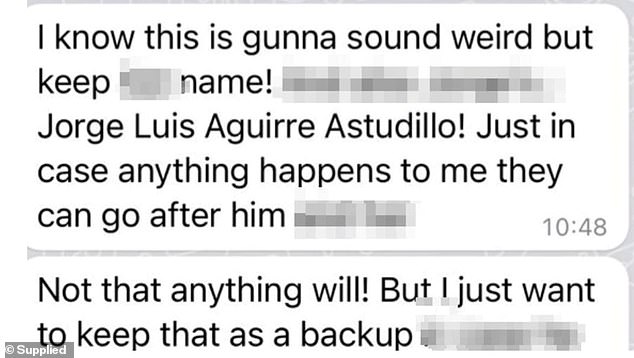 At the time, she said her husband had only been verbally abusive so far but she added ominously: ‘I don’t want to wait until it gets physical.’

Another text warned: ‘I know this is gunna sound weird but keep [his] name. Jorge Luis Aguirre Astudillo!

‘Just in case anything happens to me they can go after him. Not that anything will! But I just want to keep that as a backup.’

Neither Tahneee or her husband have been seen since Adelynn was found outside the church a month ago.

The family had travelled from their home in Merida to the tourist hotspot of Cancun on May 1 and then checked out of their hotel the next day.

Their white 4WD was spotted on toll road cameras just before 12pm heading back to Merida before making an abrupt U-turn.

Ms Shanks’ car was found burnt out in the town of Puerto Morelos 40km south of Cancun later that nigh and she has not been heard from since.

Investigators are understood to be working on two theories as to why she disappeared. 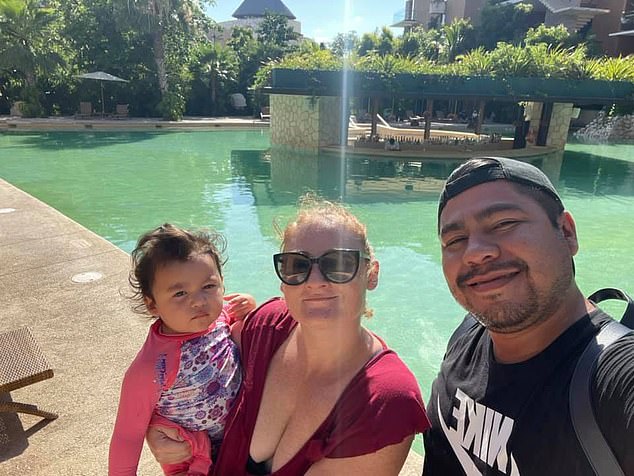 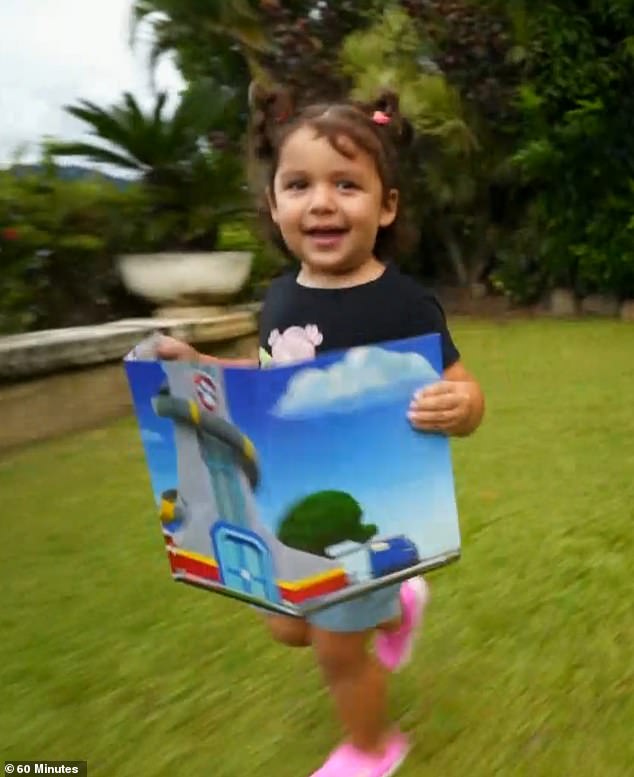 The first is that there was a domestic violence incident and Mr Astudillo is on the run or in hiding.

And secondly that Mr Astudillo was involved in criminal activity linked to Mexico’s notorious drug cartels and the disappearance is payback.

‘He (Mr Astudillo) was threatened before and he even had hired a bodyguard because… he was afraid for his life,’ Quintana Roo state attorney-general Oscar Montes de Oca Rosales told 60 Minutes.

‘It could be retaliation for the criminal groups that he was involved with.

‘According to the law, we consider them as alive and that’s the way that we look for them until something is shown to be different.’

Mr de Oca said from what investigators have found, Astudillo ‘could be’ a cartel member himself.

He was previously accused of fraud and selling fake holiday packages, though Ms Shanks has been cleared of any criminal links. 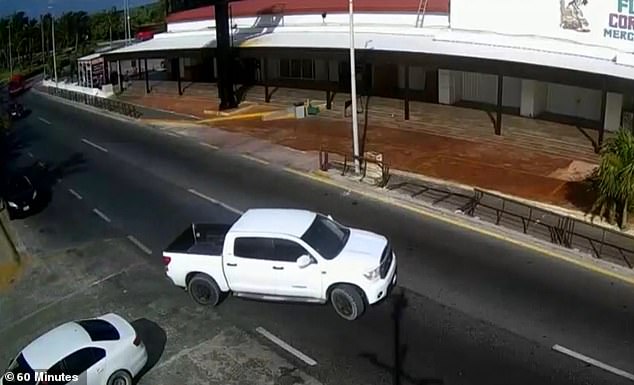 The pair’s white ute was captured on leaving a Cancun hotel on the morning of May 2. They travelled 20 kilometres towards Merida when the ute suddenly did a U-turn and headed back towards Cancun, before taking a detour off the highway 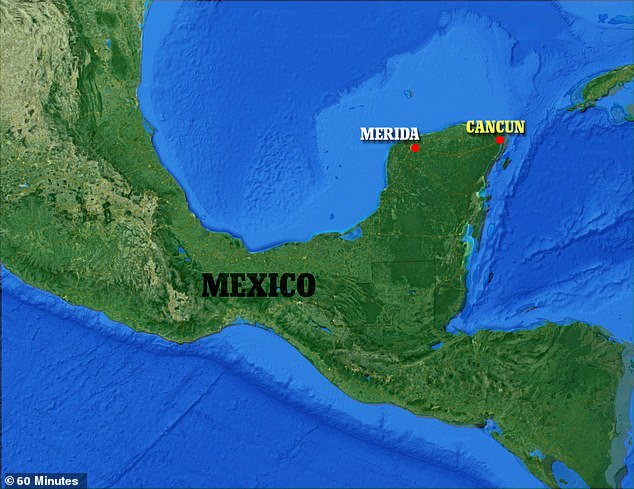 ‘I know this is gunna sound weird but keep (his) name. Jorge Luis Aguirre Astudillo! Just in case anything happens to me they can go after him,’ it read.

‘Not that anything will! But I just want to keep that as a backup.’

She also told her friend to ‘make sure you tell he’s a criminal’.

Adelynn’s godmother Nikita Weller claimed her good friend Ms Shanks confided in her about her fears about her husband.

The couple recently separated after Ms Shanks found out he had an affair and booked a flight to return to Queensland with Adelynn.

‘She found out he was into some shady stuff. She didn’t say what. But it scared her enough to want to come home,’ Ms Weller said.

‘She just said he was into shady stuff and she was scared and that was it.

‘I told her: ‘I think you need to come home. I think this is it, it’s time you’ve got to come home somehow’.’

Friends said Ms Shanks was organising a trip to visit Australia with Adelynn but was secretly planning to stay. 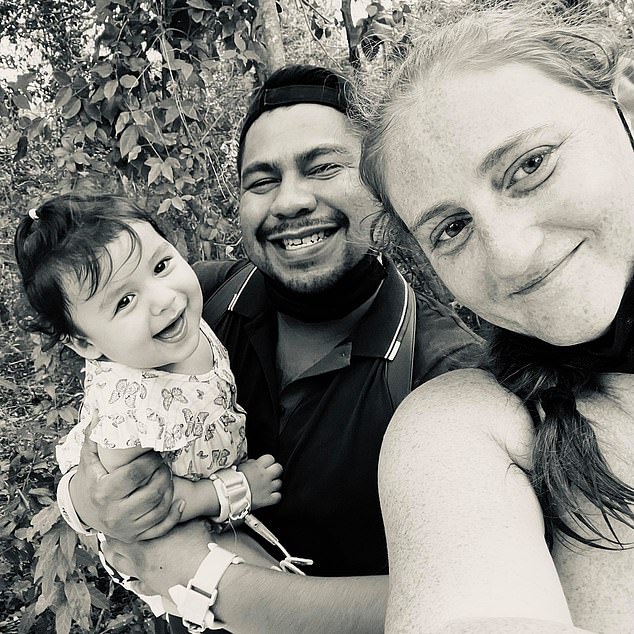 Her brother Ben Shanks offered a $70,000 reward, or one million Mexican pesos, through a loan on his house for information that leads to her safe return.

‘There’s an eight-hour period from them going through that toll and Adelynn being dropped off in Cancun at that church,’ he said.

‘Then her phone stopped pinging pretty soon after that. It might have been a couple of hours I understand.

‘We need closure… I just can’t leave it like this because all I can think of is that something worse than being murdered has happened, like she is being trafficked.’

Mr Shanks said the couple must have used a different route to return to Cancun as they were not filmed on the same toll road camera on the way back.

He said authorities told him the reward would be unwise as he would be swamped with false information, but he has not received one lead despite the reward being shared by thousands of people on social media.

Ms Shanks’ mother and brother rushed to Mexico within days after a family friend alerted them about the photos of Adelynn online. 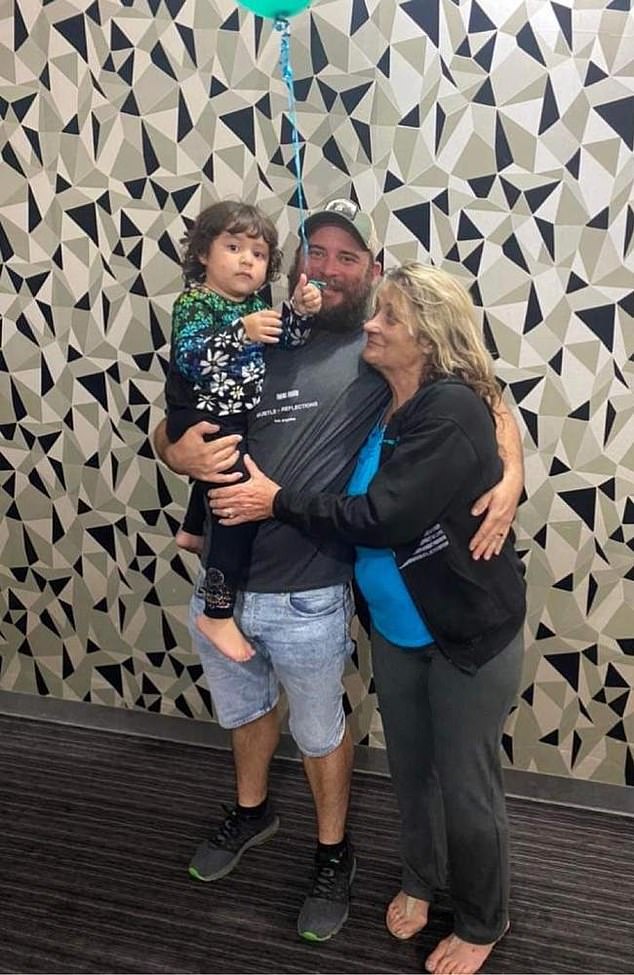 Leanne only met her granddaughter once before but Dan had never met his niece due to Covid.

‘(Tahnee’s) never been away from that child,’ Ms Shanks’ mother said.

‘But look, it’s just about… we’ve got to do everything we can to try and find her, we are distraught, her brothers and sister love her… we’ve just got to bring her home to Ade.’

Ms Shanks was planning to fly back to Queensland on June 16, her family said.

According to her Facebook profile, Ms Shanks’ plans were delayed by border closures. 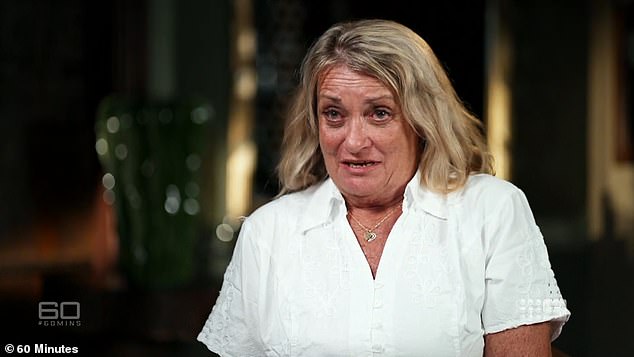 2021:  Tahnee Shanks learns her partner Jorge Astudillo had an affair. She sends strange messages to her friends asking them to keep his name in case anything happens to her and telling them he’s a criminal.

MAY 1, 2022: Ms Shanks, Astudillo and their two-year-old daughter Adelynn travel from their home in Merida and arrive at a Cancun Hotel.

MAY 2: The three check out of their hotel and their white 4WD is seen on CCTV traveling back to Merida about 11.30am.

11:45am: Their car makes a U-turn 20km from their hotel but then takes a detour on a different road.

12pm: Ms Shanks phone pings as it travels near a supermarket, the last known contact.

MAY 6: Photos of Adelynn from the night she was found at the church have gone viral. Ms Shank’s mother Leanne and brother Ben recognise her and immediately travel to Mexico.

MAY 7: She is released to the family’s care and granted an emergency Australian passport.

MAY 10: The three arrive back in Australia.

MAY 20: Ben Shanks offers a $70,000 ( one million peso) reward through a loan on his house for information leading to Ms Shank’s safe return.

MAY 29: Interview with state attorney-general Oscar Montes de Oca Rosales is broadcast in which he alleges Astudillo has cartel links.