The stunning first images from NASA’s James Webb Space Telescope – which provide a detailed view of ancient galaxies and distant exoplanets – are the result of astronomers and visual developers working together to produce the best possible images of the universe.

Astronomer Anton Koekemoer, who collaborated with James Webb’s Near Infrared Camera (NIRCam), played a key role in turning the vast amount of data produced by Webb’s detectors into something useful.

“I used specialized computer scripts to process the 900 image files and combine them into six full-size mosaics for the six different wavelengths in NIRCam we observed this with,” says Koekemoer, who also worked with the Hubble Space Telescope for many years. DailyMail.com. 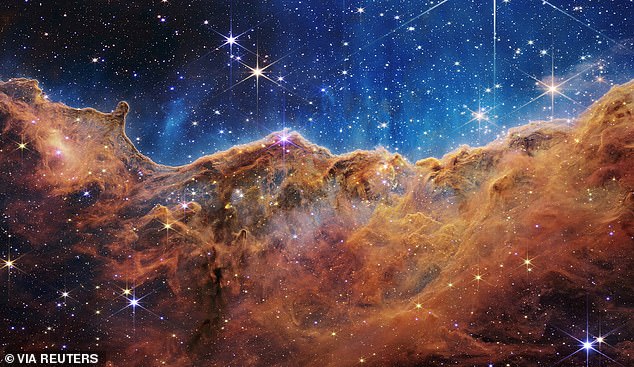 “At times I would retreat and realize that this is the future of astronomy — this is just incredible,” said Joseph Depasquale, senior science visuals developer. Pictured: The ‘cosmic cliffs’ of the Carina Nebula can be seen in an image divided horizontally by a wavy line between a cloudscape that forms a nebula along the lower part and a relatively bright upper part

Koekemoer then passed the baton to his colleagues at the Space Telescope Institute, including Senior Science Visuals Developer Joseph Depasquale — who was tasked with creating the final color images that were released to the public on July 12 with much fanfare.

“When I started processing the data and creating the color image, I tend to get really into the detail, down to the pixels, when I’m working,” Depasquale, who worked as the scientific imager for NASA’s Chandra X -ray Observatory, explains DailyMail.com by phone.

“Every now and then I would retreat and realize that this is the future of astronomy – this is just incredible.” 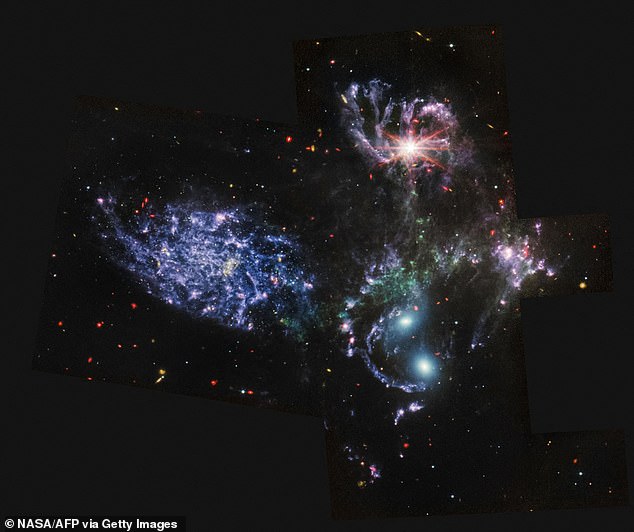 “The first image data coming from Webb was just an unreal experience to look at that image data, even in black and white,” he says. Pictured is a never-before-seen detail of Stephan’s Quartet, a visual group of five galaxies 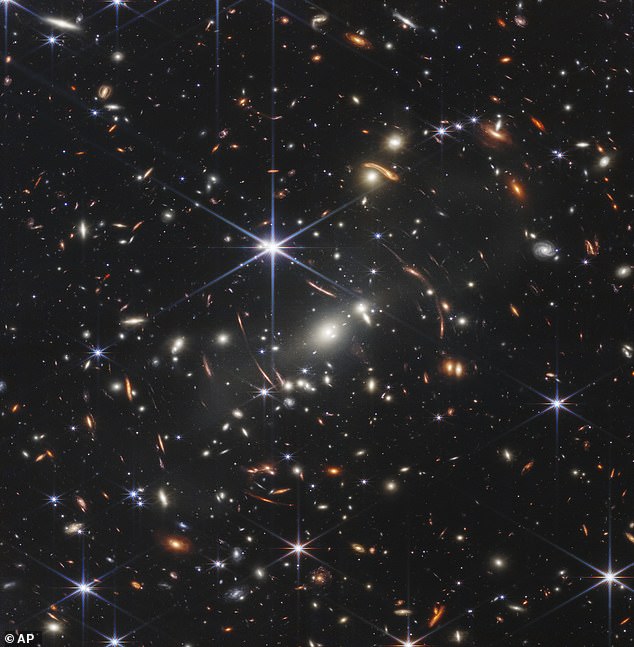 “The deep field is my favorite image — the impact of that image is so monumental to me,” says Depasquale, referring to the image above released by President Biden Monday night.

Depasquale emphasized that his team worked “very closely” with the instrument scientists for each of Webb’s powerful detectors.

“The first image data coming from Webb was just an unreal experience to look at that image data, even in black and white,” he says.

“The amount of detail and clarity.”

“It’s very important to create an incipient black and white image for the work we do,” he explains. “We worked closely with scientists to make sure the data was as clean as possible when it reached us.”

Depasquale and his colleague Alyssa Pagan would take the data sets and make sure they were clean enough to process and pull into a program that applies color based on the light wavelengths.

Pagan and Depasquale worked within a pretty compressed time frame — they had about six weeks to put everything together — and budgeted about 2-3 days of processing time per image between each other.

They also used what they had previously learned by working with Webb simulation data to understand the instrumental artifacts that can affect the image — things like horizontal stripes, which is when dark lines run across an image.

“The deep field is my favorite image — the impact of that image is so monumental to me,” says Depasquale, referring to the stunning photo of the galaxy cluster SMACS 0723 shared by President Biden Monday night.

“I was completely floored and utterly honored that the work I had worked so hard on was explained to the nation by the President of the United States, it was surreal,” he adds.

The image shows thousands of galaxies, including some of the faintest objects ever seen in the infrared.

NASA has said it is a piece of the vast universe that covers a patch of sky about the size of a grain of sand held at arm’s length by someone on the ground.

Compared to Hubble, which took weeks to collect light from the farthest reaches of the Universe, James Webb produced a sharper image of fainter light after just 12 hours of exposure.

“It’s a quantum leap in our understanding of the universe,” says Depasquale. “We’re just getting started.”

‘In almost every aspect’ [the James Webb] exceeds expectations – now it’s up to the astronomers.’ 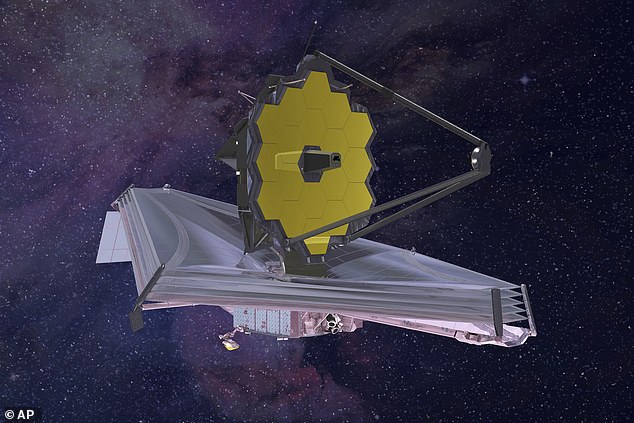 ‘In almost every aspect’ [the James Webb] exceeds expectations – now it’s up to the astronomers,” says Depasquale. Pictured is an artistic rendering provided by Northrop Grumman via NASA shows the James Webb Space Telescope 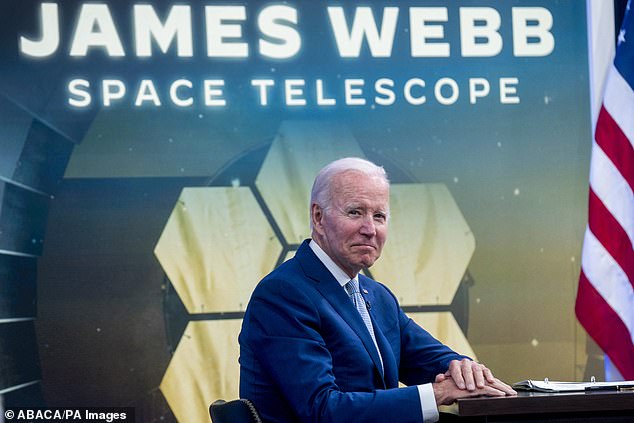 It is the world’s largest and most powerful orbital space telescope, capable of looking back 100-200 million years after the Big Bang.

Police inspector guilty of assaulting teen whom he falsely…

Police inspector guilty of assaulting teen whom he…

SpaceX to launch a Russian cosmonaut to the ISS amid…

Heroic moment when man punches bear in the face to protect…