By Kate Dennett for Mailonline

Police are looking for suspects after a teenager was raped by two men in a wooded area of ​​a Buckinghamshire park.

Thames Valley Police received a report Thursday that a woman had been raped from the back of her teens in Milton Keynes.

The incident took place between midnight and 2 a.m. on Wednesday in an area of ​​trees near Eaglestone Park.

The victim is supported by specially trained officers and the police are relying on information about two perpetrators, who have been described as white males.

Police searched for suspects after a teenager was raped by two men in a wooded area near Eaglestone Park (pictured) in Milton Keynes, Buckinghamshire

One of the men was described as approximately 6 feet tall, medium-sized and completely bald, and was wearing a navy blue Umbro sweater and black sweatpants at the time.

The other man was in his thirties, had a white beard and was wearing a green Nike jacket with red and white Lonsdale shoes, according to police.

The men spoke to each other in what the victim said was an Eastern European language.

The police are looking for witnesses and are calling on local residents to check their CCTV footage for their investigation.

Chief Inspector Kelly Glister said: “This is a worrying incident and we are conducting a thorough investigation. 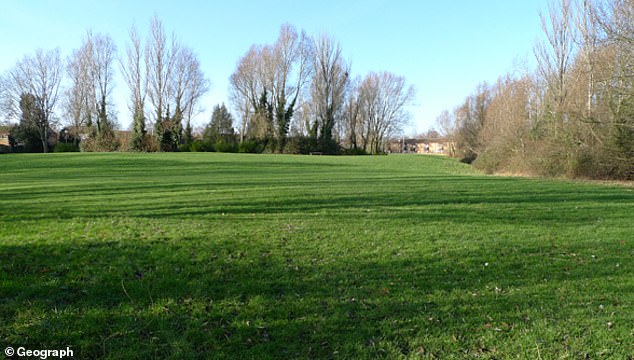 Police are looking for information about two perpetrators, who have been described as white males, and are urging people to check their CCTV footage. Pictured: Eaglestone Park

“Our specialized agents are working to support the victim in connection with this incident.

“We would like to ask anyone who has cameras or a bell to view their images and contact us if there is anything they see that could help us in our investigation.

“Even if anyone has information about witnesses, we would ask them to come forward.

“The public may see an increased police presence as we proceed with the investigation.”