Terrifying CCTV footage of two women being ordered out of a luxury vehicle by an armed man has been released by police as they search for the man’s identity.

The man allegedly approached the women as they pulled into the black 2020 Audi Q2 estate car on Quayside Drive in Helensvale on the Gold Coast at approximately 6am on Friday.

The women stood next to the vehicle while another car pulled up behind it.

According to the police, the man then aimed a firearm at one of the women and demanded the Audi keys.

The woman is seen walking back from the man and throwing the keys at him. 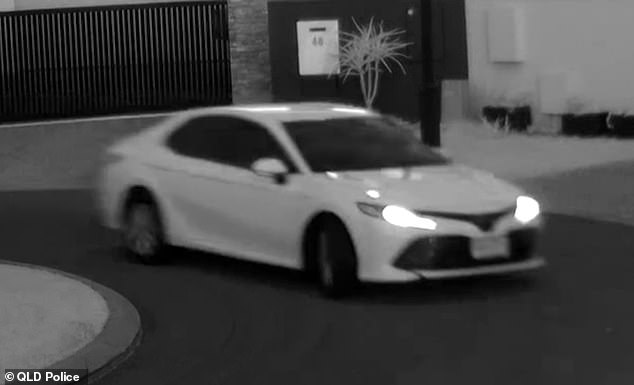 The man was wearing a gray hoodie and sweatpants, black gloves and shoes, and a cap.

The detectives are calling on people who may have information, dashcam or camera images from the area to contact the police.