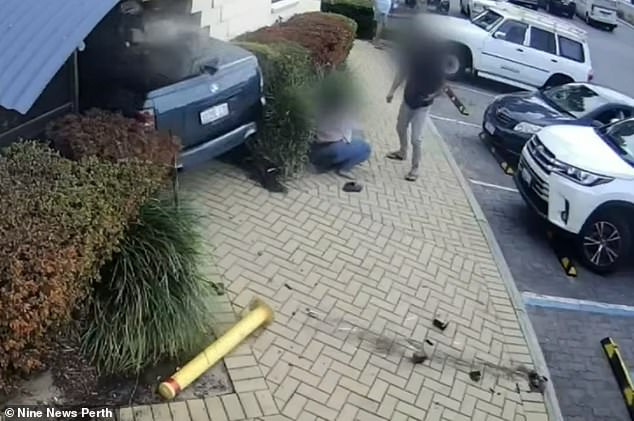 A pregnant woman has recovered after being hit by a driver who plowed into the side of a medical clinic.

Patients at the Perth Radiological Clinic, Nollamara, were horrified Wednesday morning when an elderly driver accidentally plowed out of the parking lot and into the building’s reception area.

Footage shows the moment the ute driver carefully pulled into an outside parking lot before the elderly male driver reportedly mistook the accelerator for the brake and crashed into the clinic.

The fast-moving car ran over a security pole – placed in front of the parking lot after a similar incident – and hit a pregnant woman entering the clinic before landing at the reception.

The mother-to-be, in her twenties, was walking to the entrance of the building to get her eight-week scan when the car hit her and she was thrown over the hood.

She ended up in a nearby garden bed and was helped to her car, where she was taken to the Royal Perth Hospital for treatment.

Obviously she was fired later that night. 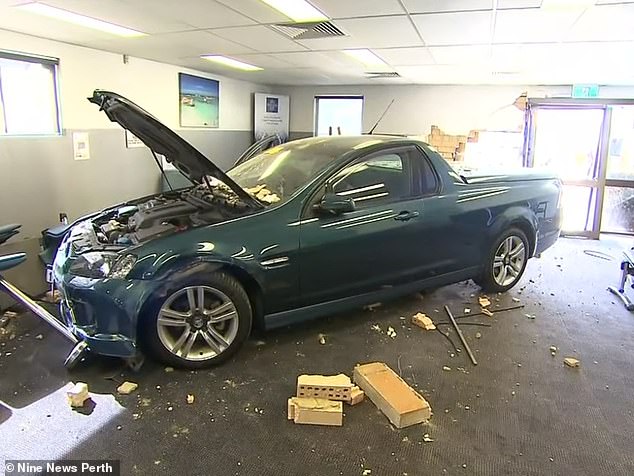 Another woman was taken to hospital by ambulance after being hit by a car.

She was not injured, but was treated for shock.

Ahmed Baydoun, a security guard at the center, told Nine News that the incident was the second time a car had crashed in the center.

“I’ve seen it happen before,” he said.

“Luckily for us, the seats got stuck in the wheels, preventing the car from moving forward,” My Baydoun told The West Australian.

“It was chaos, people were screaming.” 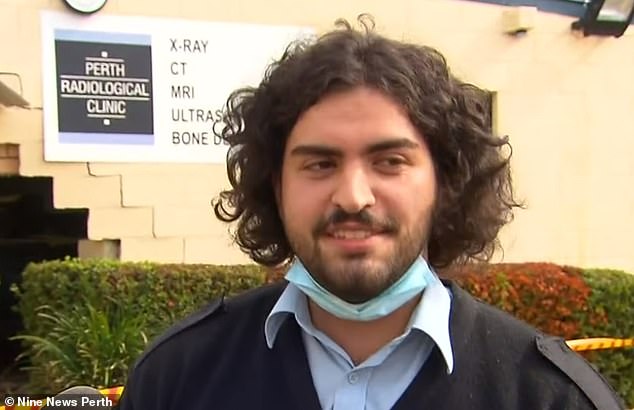 “Had driven through the building once before, it’s happened twice.”

The center claims the safety pole was placed in front of the parking lot after the initial incident, but footage shows it did little to stop the ute.

The elderly motorist was questioned at the scene, but police have not filed any charges.

Scientists discover organ donors’ eyes ‘can be brought back to life’