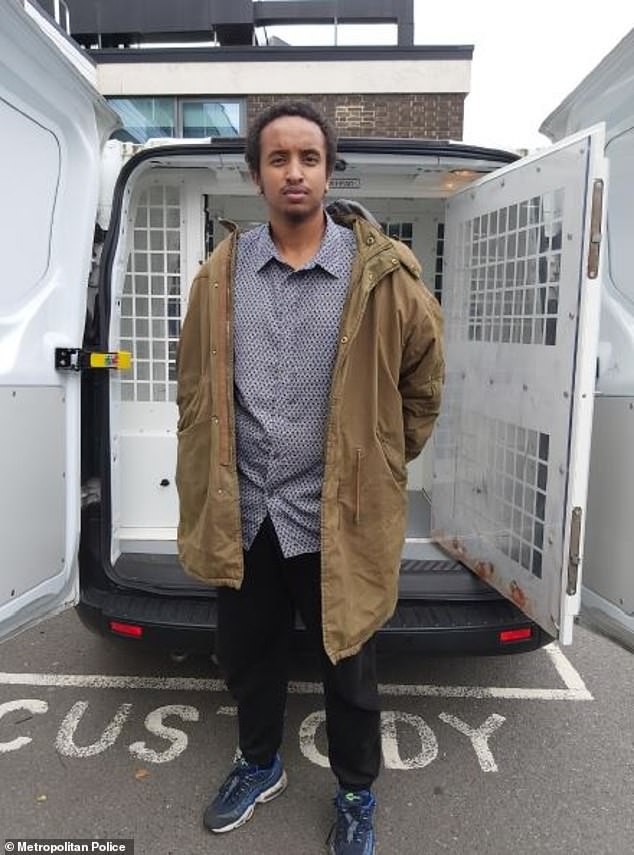 A homegrown terror suspect charged with the murder of veteran MP Sir David Amess said he wanted to kill the politician to ‘help Muslims by stopping him from voting again’ after supporting the bombing of Syria, a court heard Today.

Ali Harbi Ali told the Old Bailey jurors that he wanted to make ‘hidjara’, travel and fight in support of the Islamic State terrorist organization, but he found it too difficult to get there.

He also described Kuwait-British terrorist ‘Jihadi John’ – infamous as the masked knifeman who beheaded Western hostages in Syria in 2014 and 2015 – as a ‘brother’.

The 26-year-old stabbed Sir David more than 20 times with a foot-long carving knife at Belfairs Methodist Church in Leigh-on-Sea, Essex, shortly after 12 noon on October 15, 2021, the court was told. Sir David died on the spot.

Ali Harbi Ali (seen after his arrest) told jurors at the Old Bailey that he wanted to make ‘hidjara’, travel and fight in support of the Islamic State terrorist organization, but he found it too difficult to get there 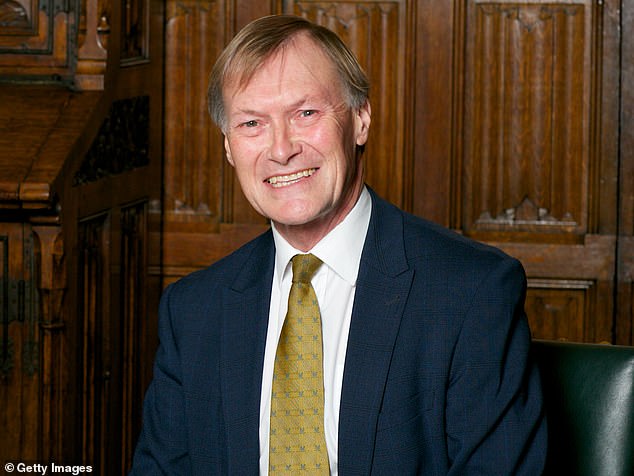 The 26-year-old stabbed Sir David more than 20 times with a foot-long carving knife at Belfairs Methodist Church in Leigh-on-Sea, Essex

The school-leaver is said to have been motivated to kill the veteran Southend West Conservative and father of five over a complaint filed by MPs who voted in favor of bombing Syria. His previous targets have included Secretary of State Michael Gove.

Ali gave testimony on the witness stand today, saying he had decided to kill Sir David because of his past voting record on UK foreign policy, including airstrikes on Syria.

Ali told the court: ‘I decided to do it because I thought that if I could kill someone who made decisions to kill Muslims, it could prevent further harm to those Muslims.

“He has voted in parliament before, not just him… I decided that if I couldn’t make hijra, if I couldn’t help the Muslims (in Syria), I would do something here.”

When asked what difference killing Sir David would make, Ali replied, “First, he can no longer vote.

“If he had done before to vote that way, he won’t do it in the future and maybe send a message to his colleagues.

“You need a certain number of votes to make these things work and that’s one off the list and for his colleagues to realize you can’t just commit wanton destruction abroad.”

Ali was asked why he had a note on his phone about his “plans” to kill Mr. Gove.

Ali said, “Those were plans I had at the time to attack and hopefully kill Michael Gove.

“I believe he was someone who harmed Muslims.

“I thought if I couldn’t join the Islamic State, I should try to do something here to help Muslims here.”

Ali said he regretted “deeply” not being able to join the terrorist group and that he did not think the attack was wrong.

Tom Little QC, Prosecutor, asked Ali, ‘Do you regret something you did on October 15?’

“If you could turn the clock back to the morning of October 15th, would you leave your property in London and go to Leigh on Sea with the intention of murdering Sir David Amess?”

“Are you completely shameless about that?” asked Mr. Klein.

“I wouldn’t use the word shameless, but I feel no shame,” Ali said. 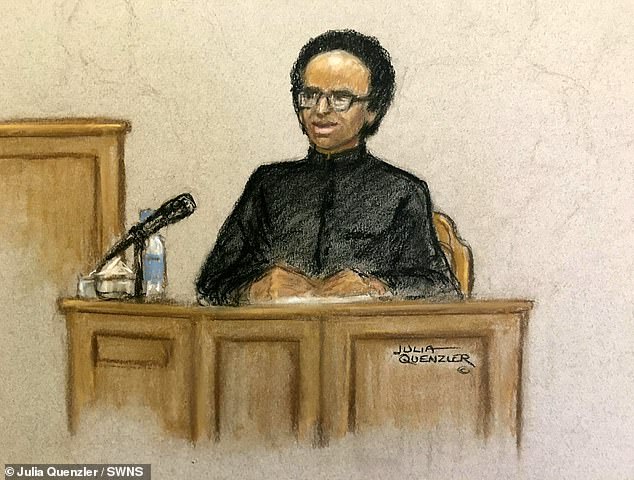 Ali (featured in a court sketch) told witnesses he wanted to be shot by police and die a ‘hero’ after stabbing the Tory MP for Southend West 21 times, jury was told

“Do you regret anything?” asked Mr. Klein.

“Nothing,” Ali replied. “If I thought something was wrong, I wouldn’t have done it.”

To justify his actions on that day, he added, “I consider myself a Muslim who went out and killed someone who killed Muslims.”

Ali replied, “I am a moderate Muslim.”

mr. Little said Sir David ‘posed no risk’, but Ali insisted: ‘He posed a risk to the ummah. In Islam we have the concept of global Muslims.

Mr Little told him: ‘You stabbed him just because of the way he voted in the British Parliament?’

“Yes, and he was also a member of the Conservative Friends of Israel,” Ali added.

“You didn’t like the way he voted because it resulted in the very significant destruction of your beloved ISIS and that’s why you killed him, you killed him in the cause of ISIS,” Mr Little said.

“I killed him for the Muslims and for the sake of Allah,” Ali said. 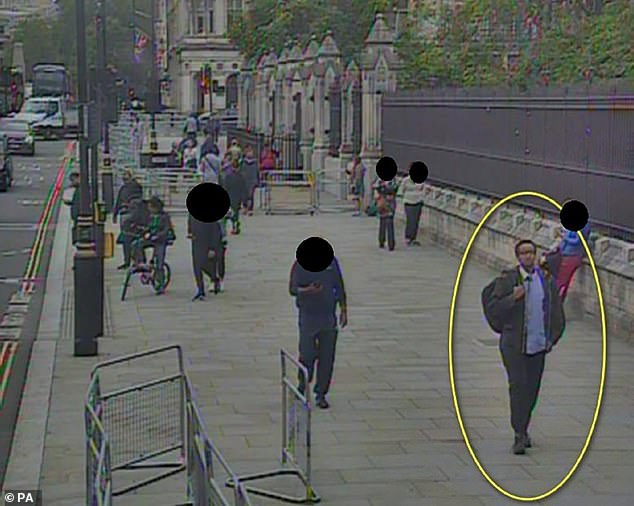 Ali said he killed Sir David “for Islam” and described Jihadi John as a “brother”.

He told the court: ‘It is done for Islam. Not necessarily Islamic State.

‘I said in an interview if it is said that it was’ [done for] Islamic State I would be fine with that.’

About terrorist Jihadi John he said: ‘He is a brother, you can’t say anything bad about him.

“Criticising a brother in a room full of non-Muslims would make me very uncomfortable.”

Ali had managed to make an appointment with Sir David, 69, by tricking the politician’s office into believing he was a health worker moving to the area and wishing to discuss local matters.

Mr Little said Ali made the “deliberate decision to kill a MP” in 2019 and also went to Michael Gove’s house with the intention of attacking him if he saw him.

“It was more than an empty thought. You had taken steps to prepare for such an act?” said Mr. Klein.

Ali’s police interviews were played in front of the jury two weeks ago, where he told officers, “It sounds like what a terrorist act is. I went into an MP’s operating room and, in a sense, killed him with the idea of ​​revenge.’

But when he made a statement, he changed his mind and said, ‘If it was only revenge, it would be self-gratification, nothing more.

“Respond would be a better word. I wanted something holistic to happen as a result rather than just a feeling.

“I wanted something to happen after that. I don’t think revenge was the best word to use in that case.’

Why does Prince Harry think he is safer in the Netherlands than in the UK? Ex-Royal Protection Officer says: