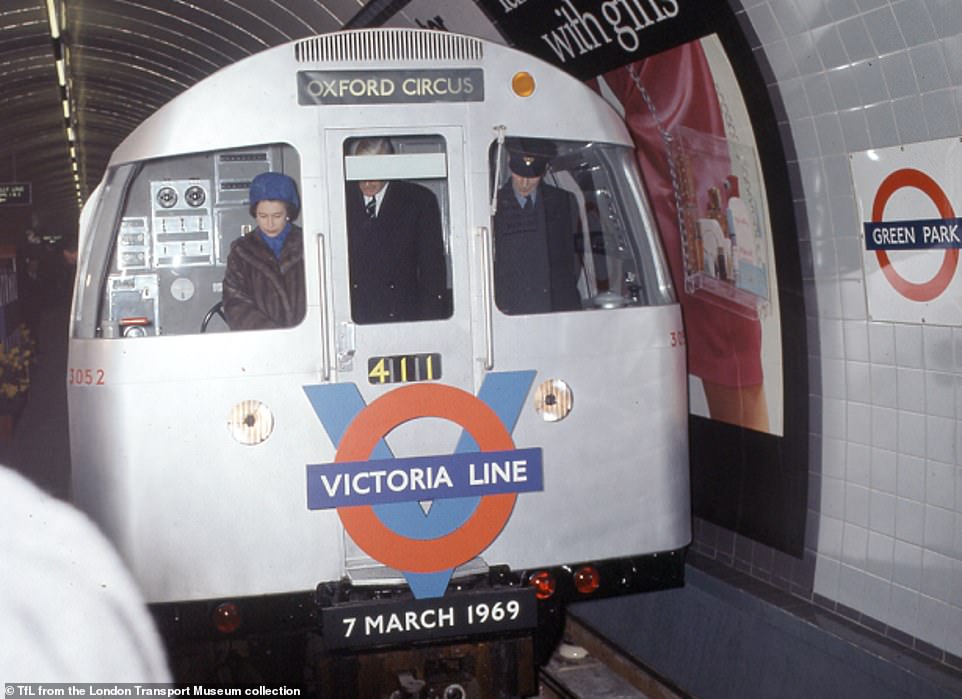 Watch the gap, ma’am! Throwback images on the occasion of the Queen’s Paltinum anniversary show the Queen driving a train and traveling on the subway in 1969 and (and she even bought a ticket!)

While the Queen’s favorite mode of transport is her trusty Range Rover, or even a carriage ride to Royal Ascot, the Queen has in fact taken the Tube and looks more glamorous than the average commuter in her fur coat and pillbox.

To celebrate the Queen’s Platinum Jubilee, Transport For London has dug into its archives to revisit footage of Her Majesty’s significant visits to the transport network during her reign.

The 95-year-old queen became the first reigning monarch to travel by tube when she officially opened the Victoria Line in March 1969.

During the journey, the Queen took control of the train in the driver’s cab in Green Park – the closest stop to her home at Buckingham Palace – before sitting in the carriage for the journey from Oxford Circus to Victoria station.

It was the Queen’s second journey underground, the first being in 1939 when she was 13 with her governess Marion Crawford and Princess Margaret.

Since then she has ridden a number of times in the London Underground.

In 1977 she opened part of an extension to the Picadilly Line and traveled by train between Hatton Cross and Heathrow.

Her most recent underground journey was a visit to Aldgate station in 2010, to view a plaque honoring the victims of the July 7, 2005 bombings.

Another 2013 image of the Queen, Duke of Edinburgh and Duchess of Cambridge at Baker Street station to mark the 150th anniversary of the London Underground.

The Queen, 95, became the first reigning monarch to travel by tube when she officially opened the Victoria Line in March 1969. During the journey, the Queen took control of the train in the driver’s cab at Green Park – the closest stop to her Buckingham Palace home 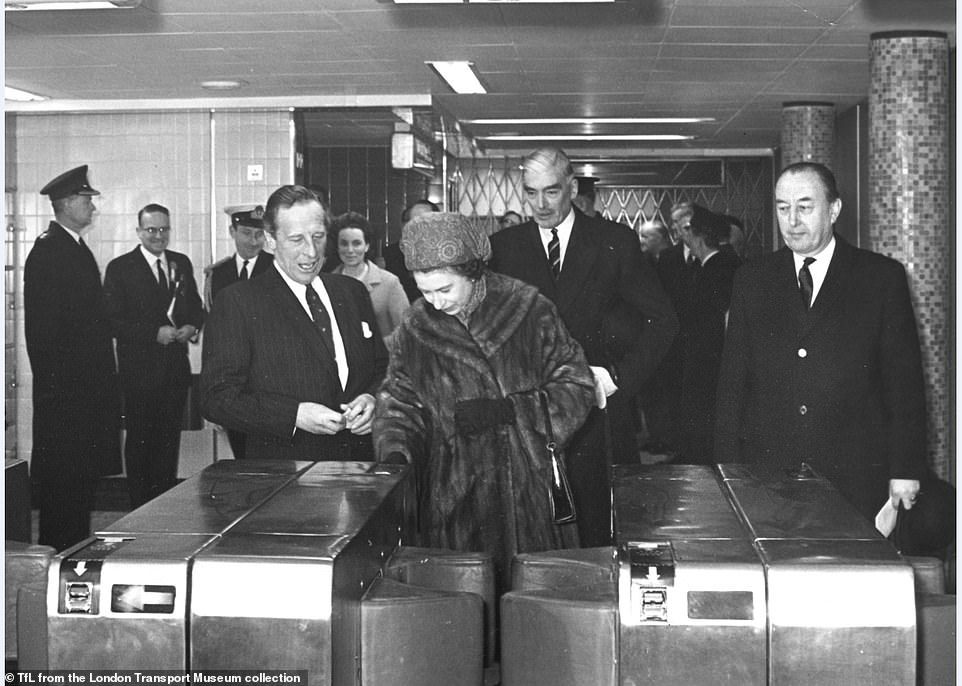 Contactless in the days before! The Queen is pictured here using the ticket barriers, after buying her ticket at Green Park station 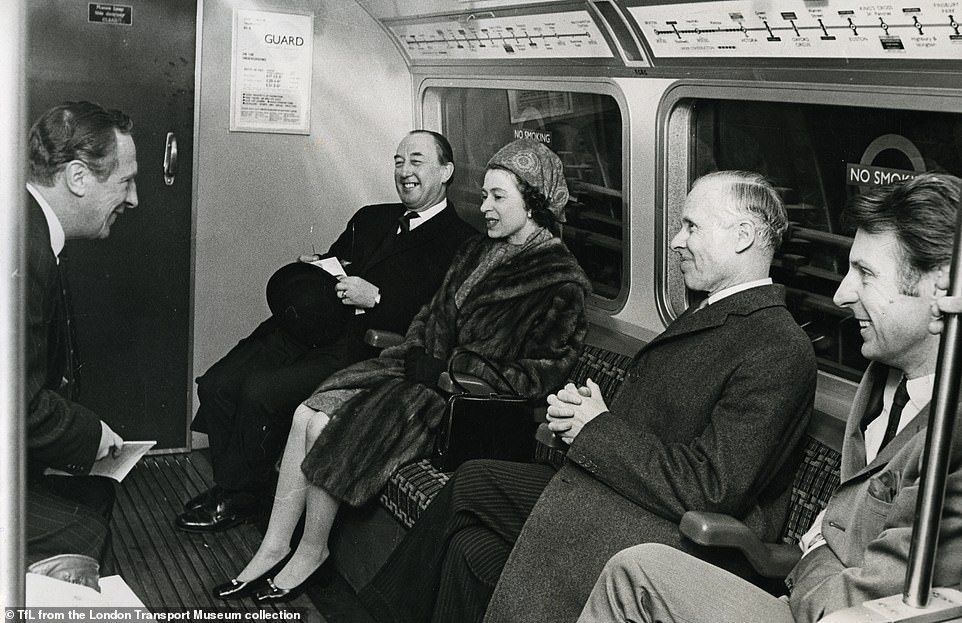 The Queen became the first reigning monarch to travel on the Tube when she opened the Victoria Line, looking glamorous in a fur crib and pillbox 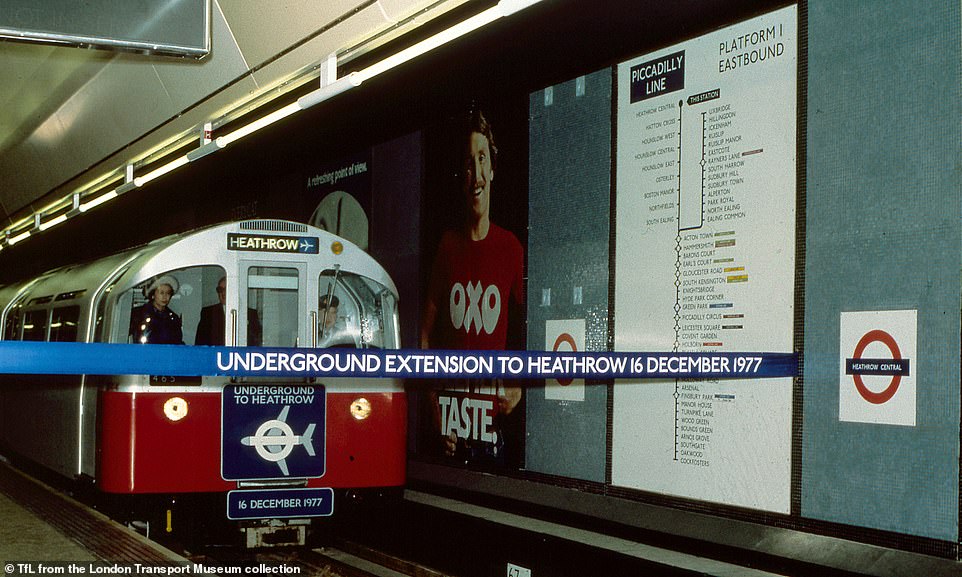 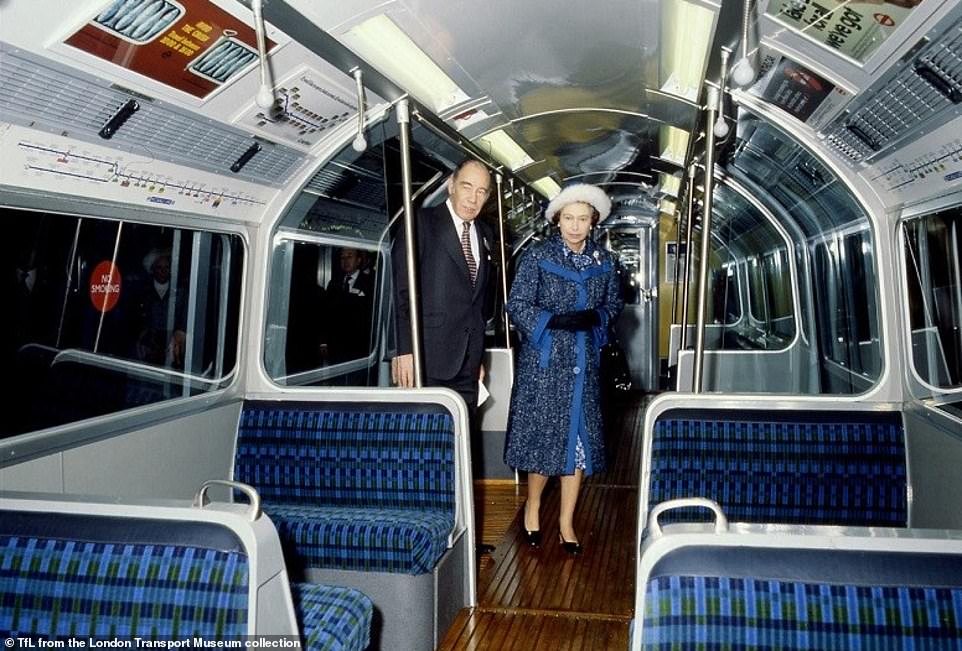 Almost matches the seats! She opted for a long blue coat with a big collar and a white hat with a big brim when she opened the Heathrow extension of the Piccadilly line in 1977 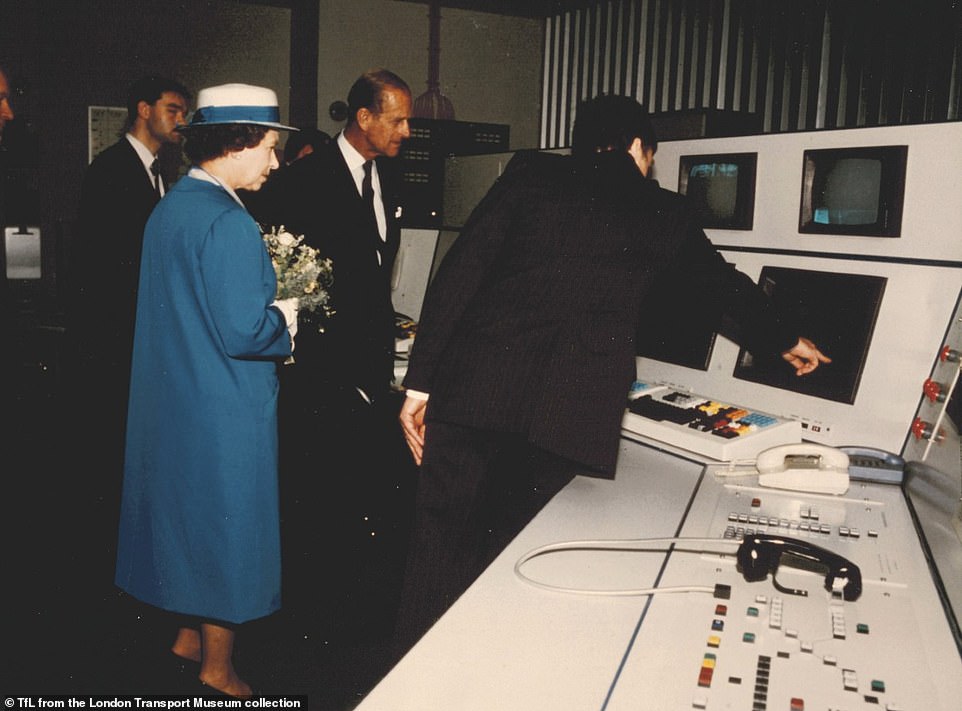 Learn the tricks of the trade! The Queen touring the TFL control rooms with the Duke of Edinburgh in 1987 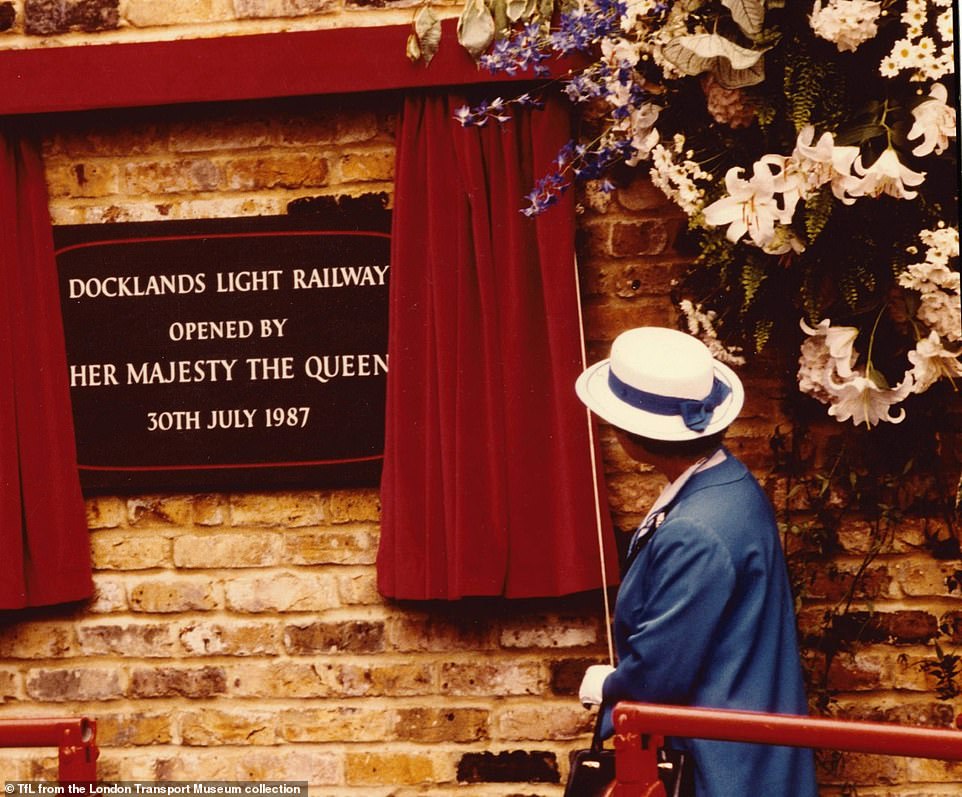 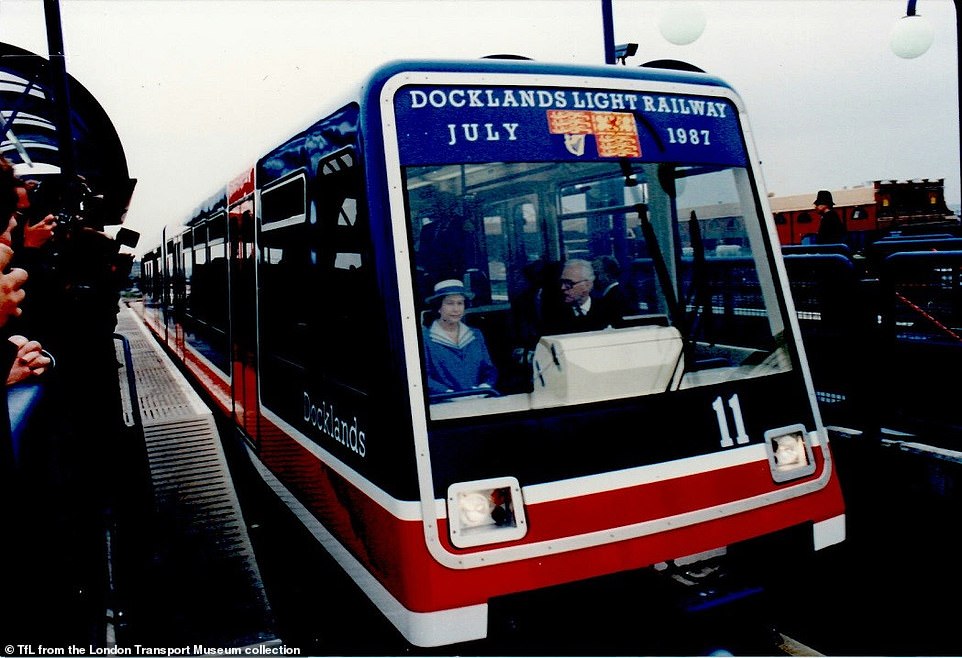 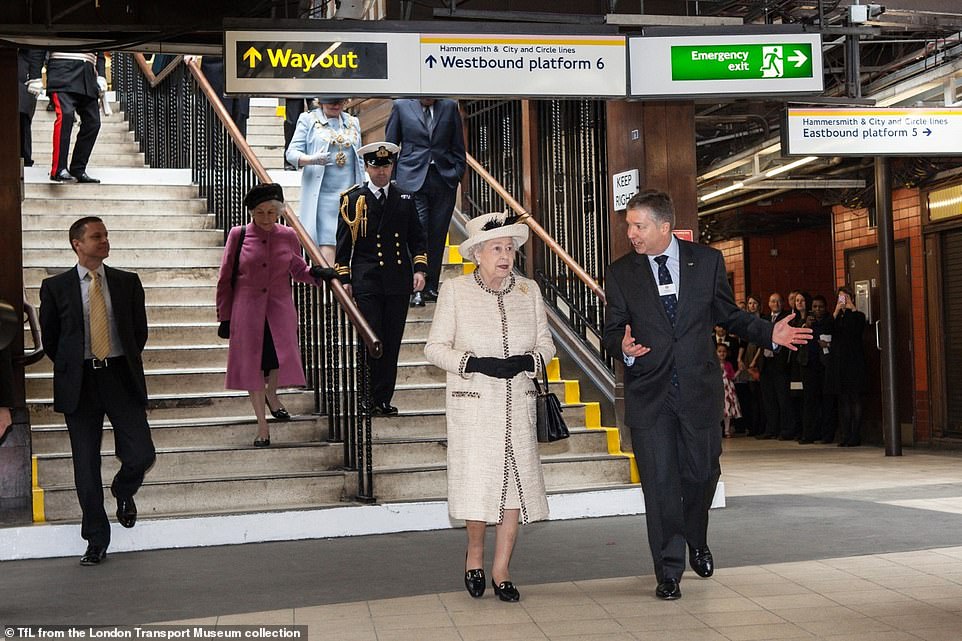 The Queen visited Baker Street station to mark the London Underground’s 150th anniversary in 2013, looking elegant in a cream coat and hat 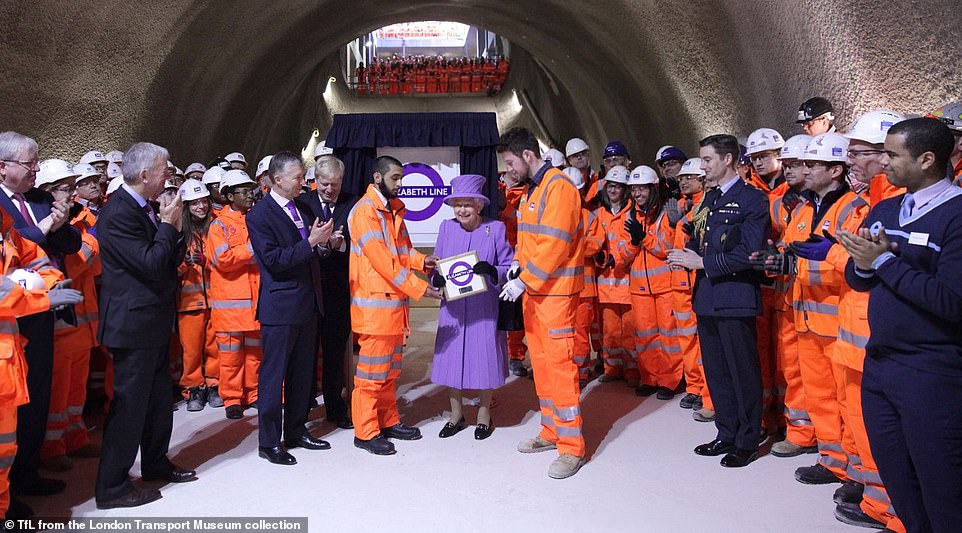 Queen of colorful dressing! The monarch wore a lavender ensemble to match the Elizabeth line color for the 2016 opening 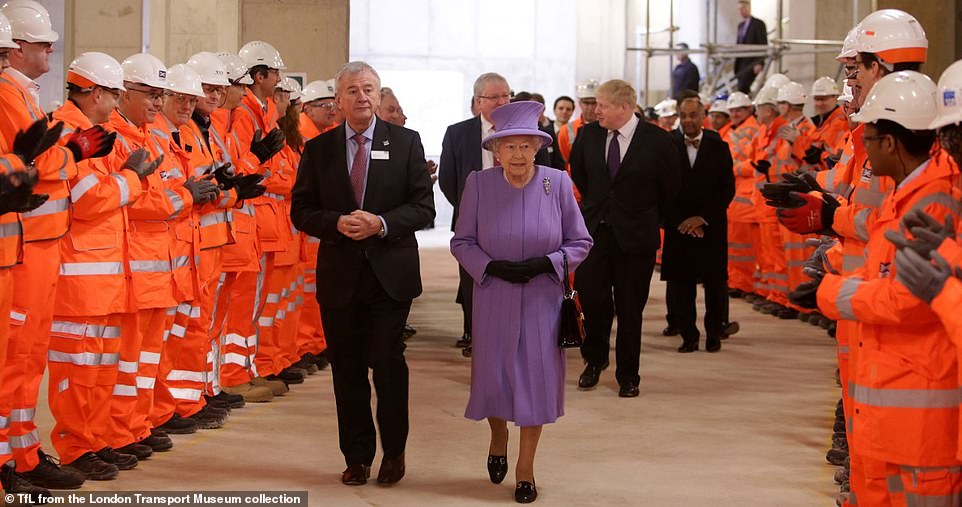 At the opening of the Elizabeth Line, the Queen was joined by Boris Johnson, who was then Mayor of London 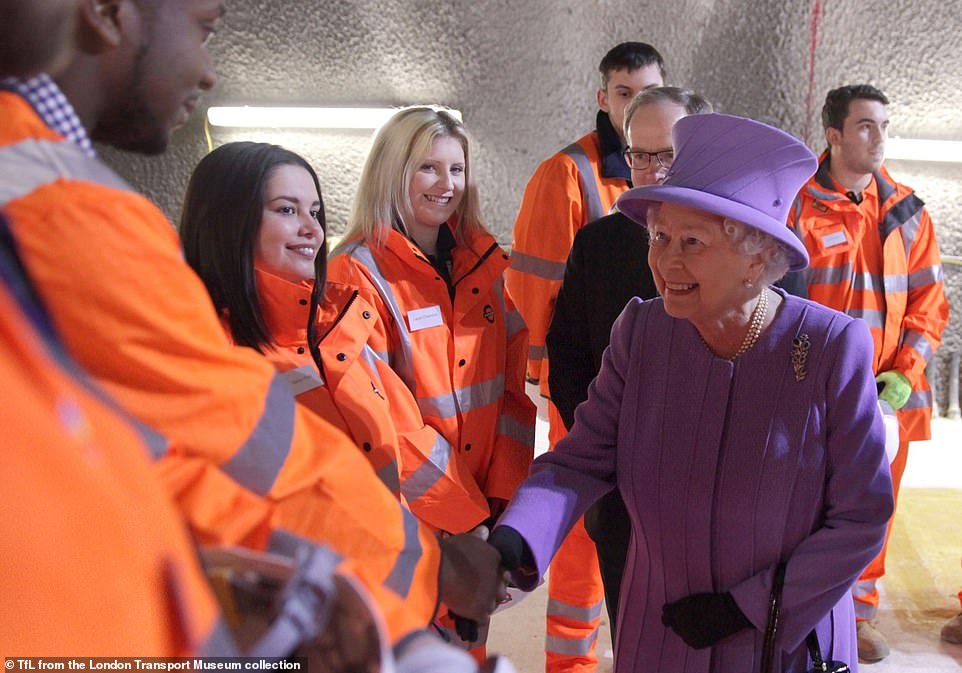 Parents fury as American school in London teaches £32,650 a year there are ’64 genders’