This Platinum Jubilee weekend, many of us are reflecting on what makes this country so great. Raised as a Kurdish boy under Saddam Hussein’s brutal dictatorship in Iraq, I often remind people that this is the best country in the world to call home.

We live in the most tolerant and open place in the world. How could I think otherwise? This country has given me everything. A home, a life, a family and a chance to serve in Her Majesty’s Government.

So when I see the Union Jack flying, I think of freedom. And one of the most precious rights we have in this country is the right to freedom of expression. The ability to express and debate our views without fear or favor is essential to the functioning of a mature and open democracy. This is the opposite of Saddam’s reign of terror in Iraq, where saying the wrong thing could have landed you in jail. Or worse.

But when we exercise our fundamental right to free speech, we must allow others to do the same. And if we disagree, which we often will, we should respectfully and courteously discuss the other side.

Free speech is not a license to spread hatred, intimidate others or stop debate.

I have personally experienced what it is like to be on the receiving end of hate speech. When I was first in school in London, a small minority of children attacked me with racist insults. I’ve never been sure what the guys who yelled “Paki” at me were trying to accomplish, or why they were doing it, but I know it hurt and made life difficult for me.

So last week, when chants of ‘Tory scum!’ were yelled out at me by a small group of students at an event at Warwick University, they failed to make their mark. Nor do they dent my belief in the essential values ​​that are dear to me: freedom, tolerance and freedom of expression.

While the activists clearly intended to stop my speech and stop the discussion, they have done the exact opposite.

Now more than ever I am convinced that the horrific crushing of freedom of expression must be stopped.

Simply put, sometimes we need to hear and consider points of view that we don’t agree with. 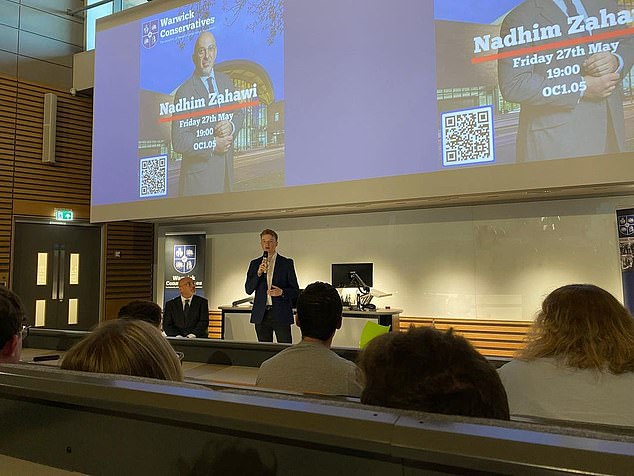 Indeed, the government protects these essential rights with our Universities Freedom of Speech Act. But legislation is not enough. We all have a part to play in returning our culture to the virtues of open expression.

I have now seen firsthand how damaging this mafia mentality is to debate in higher education.

During my speech in Warwick, a young Conservative activist was hit on the head and many others were verbally abused and verbally abused simply for wanting to engage in constructive conversation with me on the important issues of the day.

I have broad shoulders and can handle these kinds of things. But if we don’t explain why open research is preferable to cancellations and canceling and banning speakers from universities, for example, we are doing everyone involved a disservice.

Those who resort to personal insults, intimidation or dehumanization of their opponents have lost their moral compass. I was accused of incitement to hatred for simply defining women as “adult human women.”

Let me be clear. I will never deny biology and women’s safety and security must be the priority of myself and others in positions of power. But we must always show kindness, tolerance and love when discussing these sensitive issues.

Most of the students were happy to disagree with me in a polite and respectful way and to engage in a debate. But on too many campuses there is a less permissive approach. This is why phenomenal women like JK Rowling have received so much hateful abuse and seen attempts to discredit their name. Enough is enough. This has to stop. 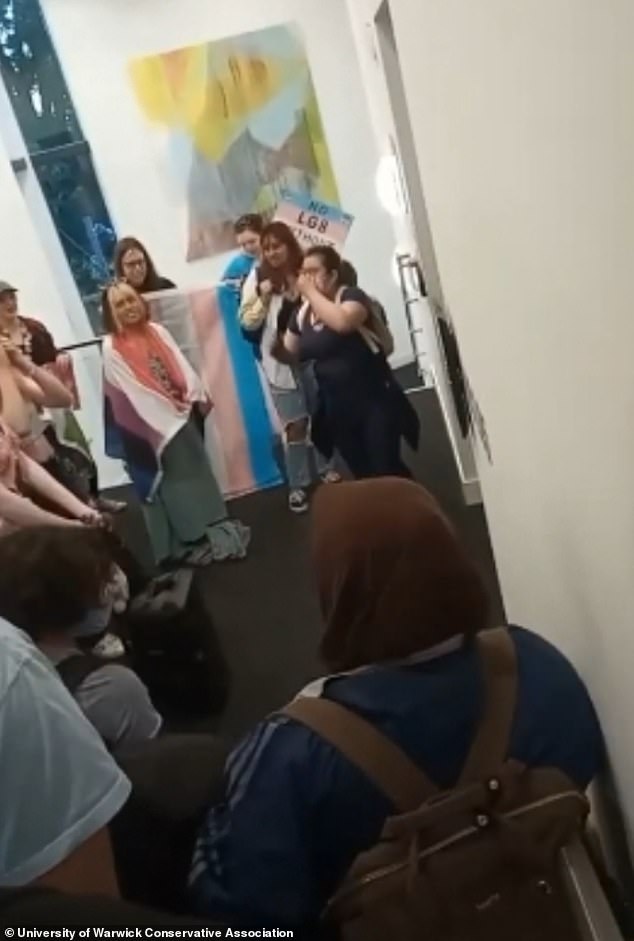 Unfortunately, there is a belief among some hard-left student groups that hearing ideas you don’t like somehow equates to violence.

Such nonsense is unworthy of the great intellectual tradition of our country.

This pendulum swing against merely hearing other points of view is a new and totalitarian development that is making us all poorer. Freedom of speech, free speech and freedom, I think, will always win over authoritarianism. Young minds thrive by discussing, challenging ideas and exploring. Not by rejecting others or closing themselves off on points of view they disagree with.

As Education Secretary, I will continue to protect the right to freedom of expression and take an open and transparent approach to my work in my department.

As US President Ronald Reagan once said, freedom is always one generation away from extinction and must be fought for and protected.

Passing on freedom to young people and keeping it for them, rather than shielding them from views they disagree with, is the greatest service we can do them.

Student has seizures while vaping in Blue Mountains school toilets

The Duchess of Cambridge’s cousin, student Tallulah Goldsmith, offers her services as a ghostwriter