“I keep mine in my bag!” The Queen enjoys tea and marmalade sandwiches featuring the iconic fictional bear Paddington in a hilarious sketch ahead of the star-studded Platinum Jubilee concert

By Codie Bullen for Mailonline

The Queen has entranced millions of viewers by appearing in a surprise comic strip with Paddington Bear to kick off the Party In The Palace Platinum Jubilee concert on Saturday.

Elizabeth II and the digitally animated character met for a chaotic cream tea at Buckingham Palace.

The monarch and the famous bear – both much-loved British institutions – together tapped the beat of the We Will Rock You song on china teacups with silver spoons as a unique way to get the party started.

Beaming: The Queen has entranced millions of viewers by appearing in a surprise cartoon sketch with Paddington Bear to kick off the anniversary concert on Saturday

The secretly pre-recorded humorous scene played at the start of BBC’s Platinum Party at the Palace, the unlikely duo set the pace for the opening act Queen + Adam Lambert – taking part on the main stage.

The duo was pictured facing each other at a table, set for afternoon tea, covered with a white linen cloth in an opulent room.

Paddington began telling the Queen that he hoped she would “have a nice jubilee” before Her Majesty offered her tea.

The bear quickly forgot his manners as he sat in the opulent dining room drinking from the spout of the teapot. 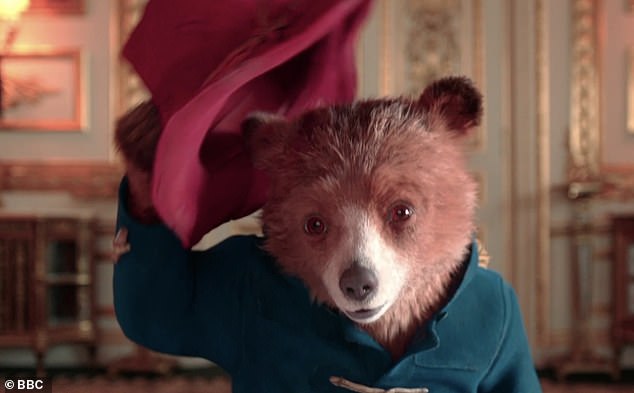 In an adorable moment, the Queen revealed that she shares Paddington’s love of marmalade sandwiches and keeps an emergency stash in her signature handbag.

The bear in a duffle coat showed the queen how to make sure he always had his favorite treat with him just in case, by lifting his red hat to reveal his snack.

The Queen replied by admitting, “Me too” before opening her bag and declaring “I keep mine here” to show off her own ready supply of bread and canned oranges. 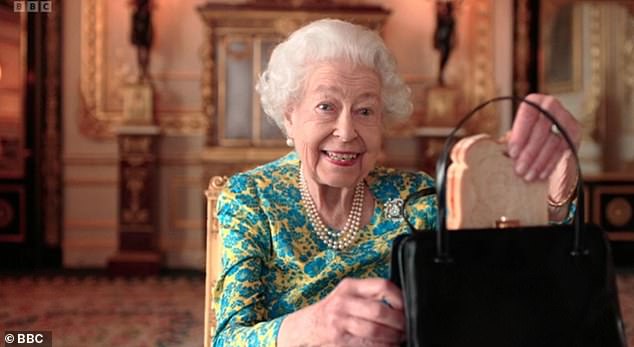 Party of two: The Queen staged a skit for the BBC’s Platinum Party at the Palace, where she and Paddington Bear chatted before joining Queen’s ‘We Will Rock You’ to cap the party and star-studded concert tonight. to start

The sketch was not all light-hearted jokes, as Britain’s favorite bear congratulated his new friend on her outstanding 70 years of service.

Commenting on her record-breaking administration, Paddington said: ‘Happy anniversary madam. And thanks. For everything” to which she replied, ‘That’s very kind.’

It brought back memories of the Queen’s James Bond sketch for the 2012 Olympics opening ceremony in London, when the monarch met 007, played by Daniel Craig, and then appeared to be skydiving into the stadium, with the help of a body double. . 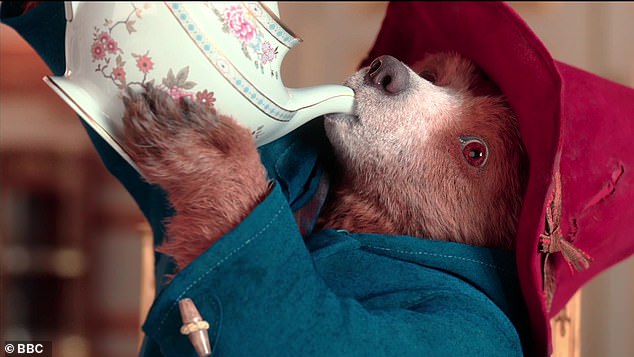 New friends: The bear congratulated the Queen on her 70th reign and said, “Happy anniversary ma’am. And thanks. For all.’ 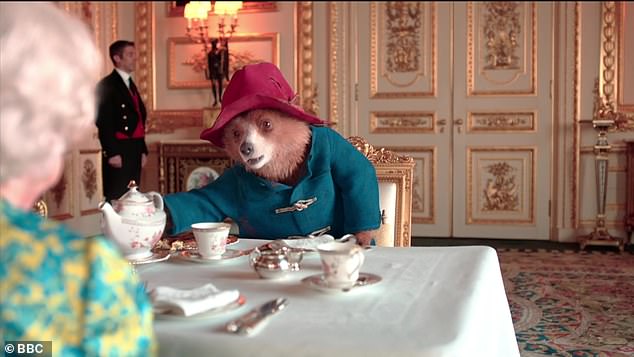 Tea party: In a pre-recorded segment, Padding and Her Majesty were depicted eating a marmalade sandwich at Buckingham Palace

During Saturday’s concert, Charles and William prepare to pay public tribute to the Queen during the concert, who will be watching television from Windsor.

The celebration will conclude on Sunday with a special Pageant honoring the life of the country’s longest reigning monarch. 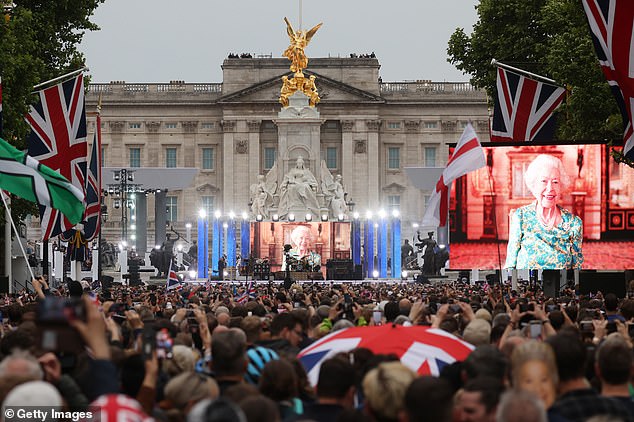 Incredible start: People gather along The Mall for the Platinum Party At The Palace concert outside Buckingham Palace