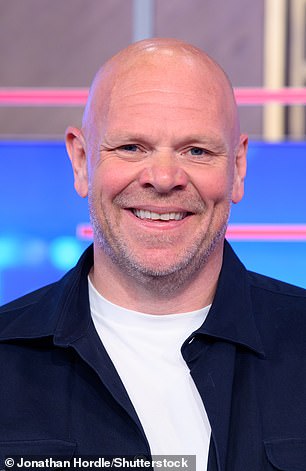 Top chef Tom Kerridge has expressed despair that electricity costs for his pub business have risen by nearly 700 per cent, with Fuller facing a rise from £8 million to £18 million for his 385 pub empire.

The Michelin-starred chef said his pub, The Hand and Flowers, in Marlow, Buckinghamshire, recently received a quote for its electricity bill that had risen by nearly 700 per cent as the UK hospitality industry faces financial ruin this winter.

Pub group Fuller’s has said its gas and electricity bill will rise by £10m without government support as companies await details of a package to be unveiled this week.

Kerridge, who owns three pubs in Marlow and five other restaurants and bars, told GB News the government must quickly introduce a price cap for businesses to save the hospitality industry.

The celebrity chef had revealed earlier this month that electricity bills at one of his pubs would rise from £60,000 to a whopping £420,000 a year – a 600 percent increase.

He said the quote is from his existing electricity supplier for when the contract expires in December and he is concerned because many of his appliances use electricity – including the stoves, ovens and refrigerators.

Kerridge didn’t disclose which of his establishments faced the £420,000 utility bill – but if it were The Hand and Flowers, it would mean the pub now faces a bill of nearly £480,000 a year, a 700 per cent increase.

Fuller’s, which owns 385 pubs, said it will more than double its energy bill from £8 million to £18 million this year.

“Despite proactively buying forwards to mitigate the impact on Fuller’s, we will see significant gains this year and are urging the government to provide much-needed clarity on its proposed support package so we can plan accordingly.”

With around 48 percent of adults finding it ‘very or somewhat difficult’ to pay their energy bills, new British Prime Minister Liz Truss has announced long-awaited plans to tackle rising energy bills, including prices for two, according to the Office for National Statistics. freeze for years and declare that it will boost domestic energy supplies.

But companies are still waiting for details on additional support.

Many British pubs are cutting their hours and closing as utility bills skyrocket by tens of thousands of pounds. Landlords describe the situation as “an even bigger crisis than Covid” and report a 400 percent increase in the price of their bills, costs they can largely not lower because they need the fuel to serve customers. 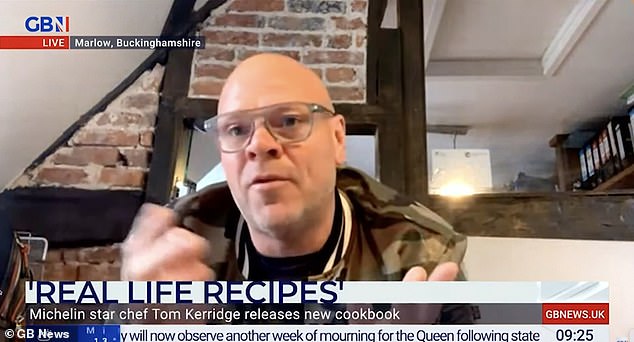 Mr Kerridge (pictured), who owns three pubs in Marlow, as well as five other restaurants and bars, told GB News the government must quickly introduce a price cap for businesses to save the hospitality industry 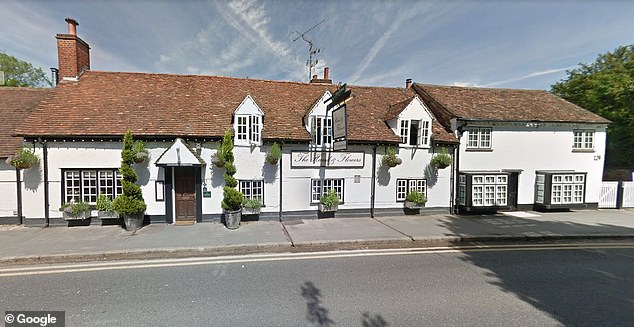 The Michelin-starred chef said his pub The Hand and Flowers (pictured), located in Marlow, Buckinghamshire, recently received a quote for its electricity bill that had risen by nearly 700 percent as the UK’s hospitality industry experienced financial difficulties this winter. heading for ruin.

“There’s a lot of talk that seven out of ten pubs won’t survive unless the government acts quickly and announces how they’re going to help with the cost of the energy crisis.

‘There are many small and beautiful pubs scattered all over the country, in the center of towns where the landlord lives upstairs.

“But when you’re doubling, tripling, three or four times electricity bills, it’s so hard. Our first quote for our electricity bill in the pub I’m in now is up almost 700 percent.’

Fuller’s told shareholders it has “made good progress in implementing a number of initiatives” to help reduce energy bills and mitigate cost increases.

It came as the hospitality company revealed it saw like-for-like sales rise 21 percent in the 25 weeks to September 17 compared to the same period last year.

And the World Cup is coming, as is the first restriction-free Christmas in three years.

Nevertheless, the group said it recognized the cost pressures faced by its own customers.

Mr Emeny added: “As sales continue to recover from the effects of the pandemic, we are aware that consumers are facing increasingly difficult times.”

Mr Kerridge predicted little hope of better conditions in the near future and predicted ‘a very, very difficult few years’.

In the Breakfast interview with Eamonn Holmes and Isabel Webster, he said: ‘Of course we haven’t decided what we’re going to do yet, we’re still looking around.

‘We need to see what that business price cap is and unfortunately the supply chain also has that problem.

“The butchers, the fishmongers, the farmers, the vegetable growers – with food inflation, it is inevitable that costs will rise.

‘And at the same time, the guests and consumers at home have less money because of food inflation and price inflation, it just about pulls everything apart.

“It’s going to be a very, very difficult year.”

President of the British Chambers of Commerce, Baroness Ruby McGregor-Smith, warned in early September that two-thirds of pubs are at risk of closing due to the crisis of rising energy prices.

Mr Kerridge said earlier this month that he would look around to try and reduce his bill, but said from his first quote that the annual amount “has gone from ‘£60,000 a year to £420,000 a year’.

“It’s just plain ridiculous and that’s us as a company. This is every business – every business gets it because there is no price cap on corporate energy,” Mr Kerridge said BBC Radio 5 Live.

“The numbers are so ridiculous and ridiculous that it’s no wonder so many businesses are closing and talking about it.”

Company Secretary Jacob Rees-Mogg is expected to announce Wednesday how businesses, schools, hospitals, charities and other non-household consumers will be spared some of the pain of rising gas and electricity bills.

The government has already announced that bills for an average household in England, Scotland and Wales will be capped at £2,500 from October 1, but although businesses have been promised equal support, they are awaiting details as officials draft a tailor-made scheme.

Because companies have not taken advantage of the existing energy price cap and are not always able to set their energy prices through fixed deals, many are reporting projected increases in energy costs of more than 500 percent.

The government is planning a six-month scheme for all non-domestic energy consumers, but it will then be replaced by a targeted system targeting the most vulnerable industries.

Tina McKenzie, policy chair of the Federation of Small Businesses (FSB), said: “Our latest research shows that nearly two-thirds of small businesses are paying more for energy this year than last year, with two in five double, triple or even more. higher increases in their bills.’

She added: “Right now they can’t plan, and they’re waiting for tomorrow’s announcement to be the time when they can.”

Bargain long-stay winter sun holidays to book for as little as £9 a night, from Tenerife to Dubai