TOM UTLEY: How sad that many of today’s young people would never kiss a Tory 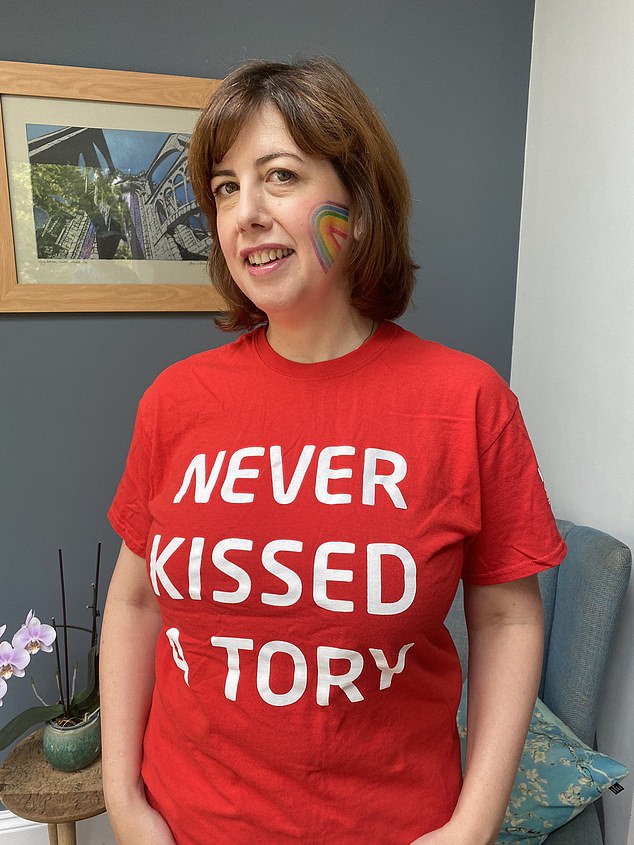 Ask me to quote four words that changed history in the 20th century, and the first that comes to mind is Churchill’s famous vow to the House of Commons on June 4, 1940, after our retreat from Dunkirk: ‘We will never surrender .’

But right behind it would be another four-word statement that would change the world.

This was the statement Margaret Thatcher made at Checkers in December 1984, after her first meeting with the man who would become the leader of the Soviet Union and whose death so many of us in the West mourn this week.

“I like Mr. Gorbachev,” she said, before adding, “We can do business together.”

What can we expect at a time when Labor MPs are proud to have no Conservative friends – and T-shirts are flying off the shelves at Labor conferences, adorned with the slogan ‘Never kissed a Tory’? Lucy Powell MP is pictured above in the T-shirt

Okay, that’s a total of nine words, but I think the first four were the most crucial. After all, if she and Mr. Gorbachev had not entered into a personal friendship, it is certainly unlikely that the Berlin Wall would have fallen when it did, and the geopolitical map could look very different today, for better or for worse.

Now, I think I speak on behalf of most of my generation and those who are older (I was born in the early 1950’s), when I say that we found nothing particularly astonishing about people with such diametrically opposed views as Ms. T and Mikhail G who had a strong personal preference towards each other.

Indeed, my own dear father, who was one of Mrs Thatcher’s most admired Tory gurus, had many socialist friends. They include figures like Tony Benn, the pin-up boy of the far left in his day, before that old booby Jeremy Corbyn inherited his crown.

My father and Mr. Benn disagreed vehemently on almost everything. But they loved each other very much – they credited each other with sincerely wanting to improve everyone’s lives and eradicate poverty, although they had very different ideas about how to go about it.

I, too, have always had many left-wing friends, although I’ve never made a secret of the fact that, like my father, I’m a Tory from a small free-market state at heart.

I am proud to say that among them was the Socialist agitator Eric Heffer – a name older readers will be familiar with – who was the Labor MP for Liverpool Walton when I was the political correspondent for the Liverpool Echo in Westminster. 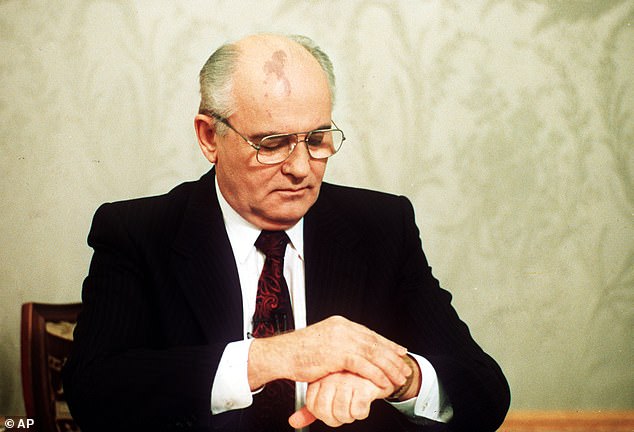 Just after that would be another four-word statement that would change the world. This was the statement Margaret Thatcher made at Checkers in December 1984, after her first meeting with the man who would become the leader of the Soviet Union depicted, whose death so many of us in the West mourn this week. “I like Mr. Gorbachev,” she said, before adding: “We can do business together.”

Only among the MPs of that city, of all parties, Eric sent a telegram of congratulations on my marriage in 1980 and I have always blessed him for that. He didn’t do it to please his views – he knew he had no chance of mine – but rather because he liked me as much as I liked him (or so I like to think).

In fact, I’ve often thought that if I narrowed my circle of friends to people who shared my political views – especially on things like Brexit (I’m all for it) and the relentless expansion of the state (I’m strongly against it) — I’d only have a small handful of drinking buddies left.

I couldn’t even be amicable with my own beloved sons, their wives and girlfriends, most of whose opinions are far to my left.

So how sad I was yesterday, when I read a survey claiming that young people, increasingly, are refusing to befriend someone who has views other than themselves.

Young people aged 18 to 34, think tank Onward finds, are twice as likely as people over 55 to reject friendships with people who support political parties with which they disagree.

I can’t pretend I was very surprised by this finding. We’ve all seen how politics has become polarized in this era of that great echo chamber, the Internet, with its algorithms programmed to give people only the views they already have, with dollops of hatred and bile to add some spice to it. bring.

It is no longer enough for socialists to think that the Tories are wrong – or vice versa – about how best to promote the well-being and prosperity of our fellow human beings. Now we are encouraged to believe that our political opponents are also downright evil.

Well, some of them might. But most just aren’t. They just have a different opinion from ours on how to achieve the greatest happiness for the greatest number.

Of course, I must not succumb to the temptation to look at the past through rose-colored glasses, as if everything was sweet and light between Tory, socialist and liberal supporters in the good old days.

Indeed, I well remember protesters outside a conservative conference in the early 1980s literally spitting in rage and yelling “Tory scum” at the party’s mellow grassroots activists as they poured into the room. It was a horrible and terrifying sight that has stayed with me ever since.

But what I think is new is the way bigotry towards political opponents has permeated so much of society — and especially among the generation that grew up on Facebook and Twitter.

The most striking example is Brexit. Indeed, countless young Remainers are growing up attributing vile motives to anyone like me who voted to withdraw from the EU.

As passionately as we claim we supported Brexit because we believe in free trade and our right to hire and fire our rulers, we will be told that our real, unspoken reason is that we are despicable racists who hate all foreigners.

It is the same with the economy. Try to tell most young people that you sincerely believe that the most effective way to help the poor, secure jobs and promote growth is to keep taxes and government spending low, and you will be called a heartless liar. who is only interested in weighing down the treasury of the empire.

But what can we expect, at a time when Labor MPs are proud to have no Conservative friends – and T-shirts are flying off the shelves at Labor conferences, emblazoned with the slogan ‘Never kissed a Tory’?

I don’t know about you, but I kissed a lot of leftists in my licentious youth, and they didn’t seem to mind.

Today, I’m told, life for young people with right-wing views has become so lonely that many resort to something called “wake-fishing.”

This means pretending to have PC opinions, on things like identity politics and climate change, as the only way to enter into a romantic relationship.

Admittedly, I don’t see much hope of converting many committed socialists to my way of thinking — and while I’m willing to believe I’m wrong on many things, I’m far too old and determined to change my way of thinking. political allegiance now.

But then Mrs Thatcher had no illusions that she could persuade Communist Mr Gorbachev into free-market toryism. As she put it herself: ‘We both believe in our own political system. He firmly believes in being. I firmly believe in mine. We’re never going to change each other. So that’s not up for debate.’

But she went on to say that he and she had two great common interests: a commitment to peace and a shared belief that the path ahead was in building trust and confidence in each other.

She might have added that they had a third thing in common: their shared love for firm but friendly discussion with political opponents who weren’t afraid to stand up to them.

Young people should give it a try, for a change, instead of avoiding the company of people who disagree with them. They may even find that it broadens their minds.