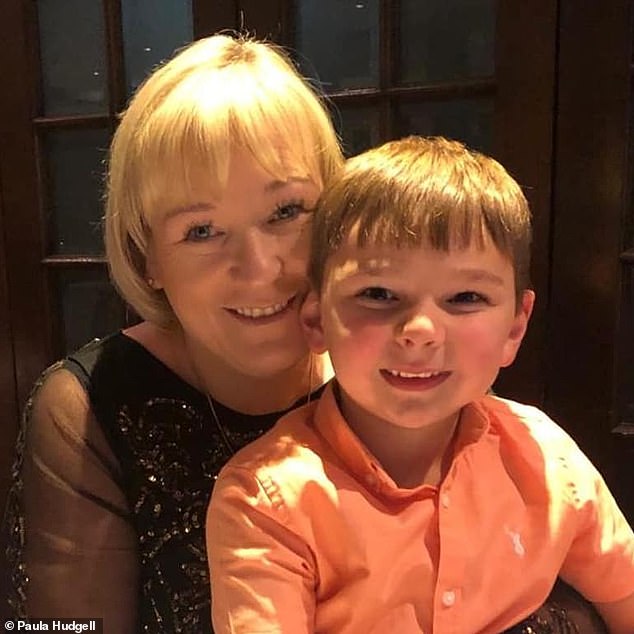 Adoptive mother of little boy who was tortured so badly by his biological parents that both his legs were amputated, says she is ‘extremely grateful’ that his father blocked his early release from prison

Tony Hudgell’s adoptive mother, who was tortured so badly by his father that both his legs were amputated, said she is “extremely grateful” that his early release from prison has been blocked.

Tony, now seven, was just 41 days old when he suffered lifelong injuries, including broken fingers and toes and torn ligaments.

He contracted sepsis, meaning his legs had to be amputated up to his knees and he now uses prosthetics to walk.

Paula Hudgell, the adoptive mother of Tony Hudgell (pictured together) who lost his legs after being abused by his biological father, has expressed relief that he will remain behind bars 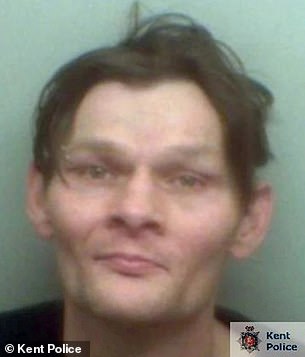 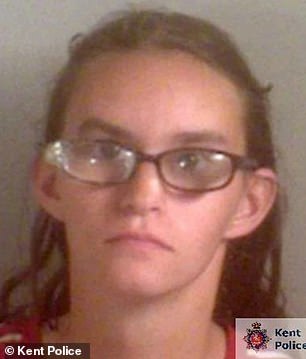 Anthony Smith (left) and Jody Simpson (right) were both found guilty of assaulting Tony when he was just 41 days old. They were sentenced to ten years in prison, but would be released after serving only five years

Tony’s adoptive mother, Paula Hudgell, successfully campaigned for Tony’s law to increase sentences for those found guilty of causing ‘serious harm’ to a child aged 10 to 14.

Causing the death of a child will increase from age 14 to life in prison under the Police, Crime, Sentencing and Courts Act 2022.

Paula, 54, from Kent, said she is “over the moon” that Tony’s biological father will remain in prison. 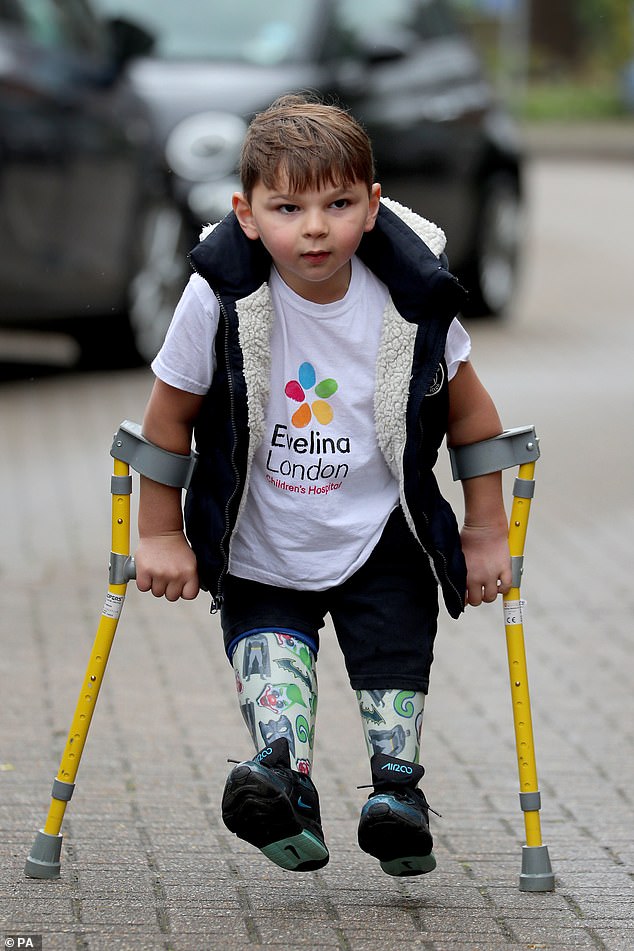 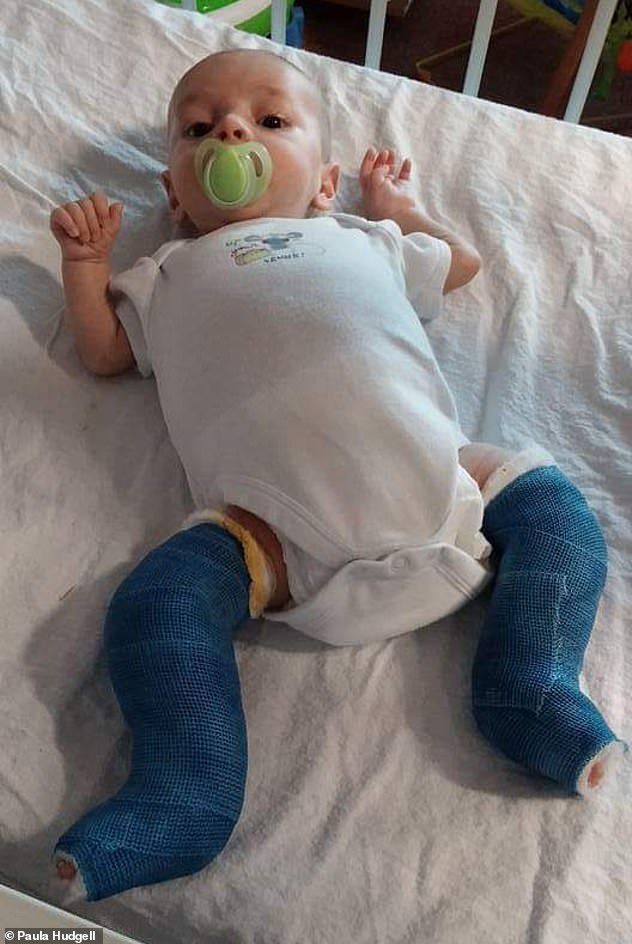 Tony, now seven, was just 41 days old when he suffered lifelong injuries, including broken fingers and toes and torn ligaments

She said: ‘We are once again extremely grateful that Dominic Raab intervened in the release of Anthony Smith.

“It shows the importance of why Tony’s Law had to come into effect, as the verdicts were definitely too lenient.

“It also still underscores the absolute need for a child abuse registry.”

She said earlier this month that the sentence does not match the severity of the abuse that Tony received. 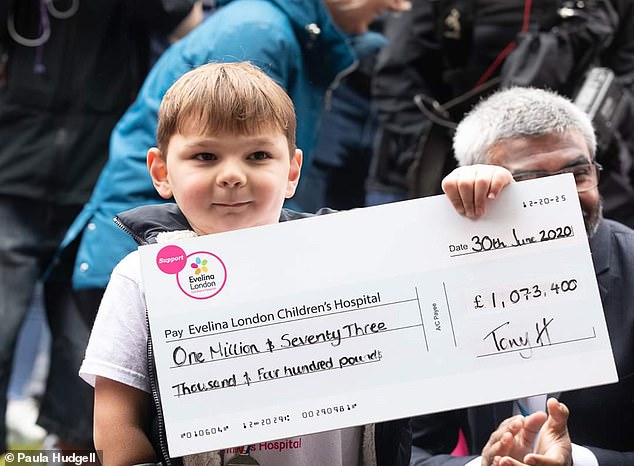 The seven-year-old has won a Pride of Britain award for raising £1.7 million for Evelina London Children’s Hospital hospital 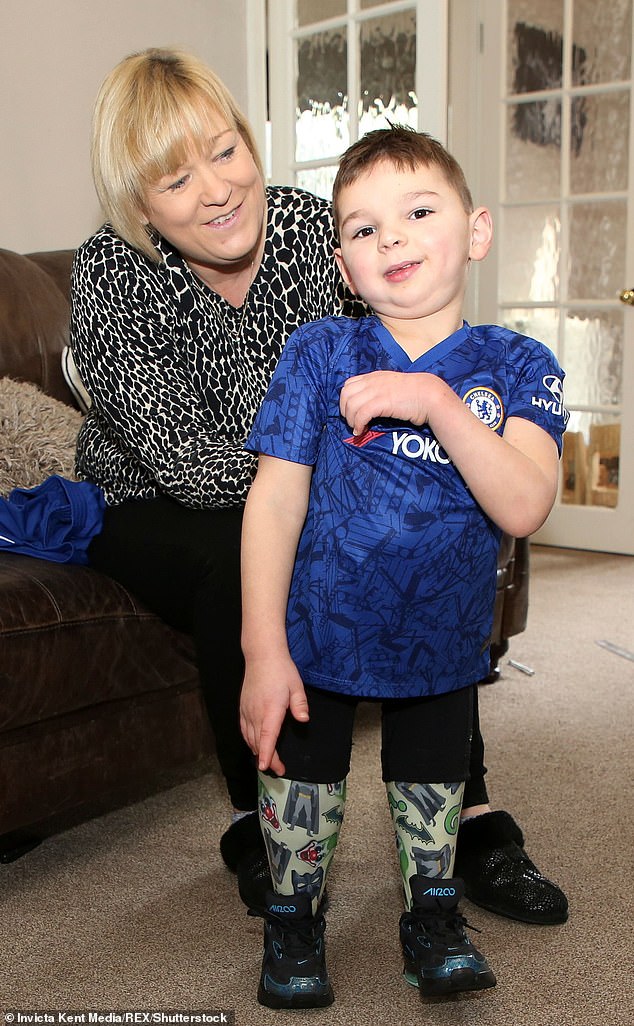 Paula Hudgell said: ‘We are once again extremely grateful that Dominic Raab assisted in the release of Anthony Smith’

Mr Raab said: ‘The first duty of the government is to protect the most vulnerable – and no one is more vulnerable than a child. I will do everything in my power to prevent another child from going through the abuse done to Tony Hudgell.

“As a result, I have suspended Anthony Smith’s release and will refer his case to the Probation Service for a thorough review of any risk he may pose.”

The NHS saved Tony’s life after 23 operations and eight blood transfusions, after he was on the brink of death when he was hospitalized.

The seven-year-old has won a Pride of Britain award for raising £1.7 million for Evelina London Children’s Hospital.

Ms Hudgell previously said the prospect of the criminals’ early release was “sickening” and “like a punch in the stomach”.

Tony’s Law: An amendment to the Police, Crime, Sentencing and Courts Act that introduced tougher penalties for child abuse

Tony’s Law is an amendment to the Police, Crime, Conviction and Courts Bill passed by ministers on November 30, 2021.

It is named after Tony Hudgell, who was abused by his parents as a baby and suffered life-changing injuries.

His parents, Tony Smith and Jody Simpson, were both sentenced to 10 years in prison, the maximum sentence at the time.

The amendment raises the maximum penalty for inflicting or allowing serious bodily harm to a child aged 10 to 14, while causing the death of a child aged 14 to life.

The stricter planned sentences could mean that anyone who causes or allows the death of a child or vulnerable adult in their care could be sentenced to life in prison, instead of the current maximum of 14 years.