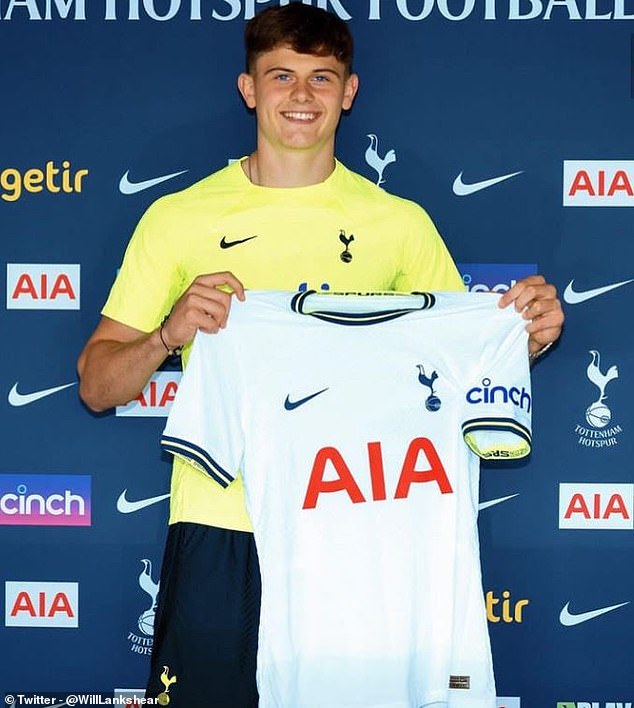 Tottenham have completed the signing of teenage striker Will Lankshear from Sheffield United for £2million.

The 17-year-old was released from Arsenal and joined the Blades in January 2021 and has impressed with the Championship outfit ever since.

Lankshear has played for both Sheffield United’s Under 18 and Under 23 teams over the past 18 months.

The forward captained their Under 18 side to the Professional Development League national title last season and enjoyed a productive campaign.

Subway have reported the fee is worth around £2million and Lankshear will return to North London and sign a deal with Spurs until 2025.

The attacker will head to Antonio Conte’s academy lineup and hope to get started. 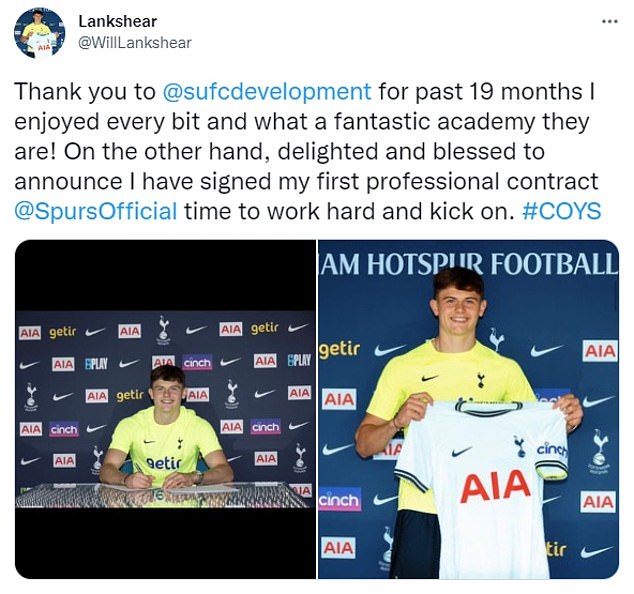 After his departure was announced on Wednesday, Lankshear tweeted: ‘Thank you @sufcdevelopment for the past 19 months, I’ve loved it and what a fantastic academy they are!

“On the other hand, delighted and blessed to announce that I have signed my first professional contract @SpursOfficial time to work hard and kick it through. #COYS.’

Spurs’ Under 23 coach is Wayne Burnett, while Stuart Lewis manages the Under 18 squad and Lankshear hopes to play for both next season as he joins the team’s bitter rivals who let him go for nothing 18 months ago .