Former TOWIE star Chloe Sims and her family have signed a deal worth at least £1million to become the new Kardashians on OnlyFans’ growing new TV venture.

Chloe, 40, Frankie, 27, and Demi, 25, signed the contract to try and become the next Kim, Kourtney and Khloe after they announced they would be leaving the ITV reality show on Friday.

The series – which will be titled House of Sims – will also feature their brother Charlie, 30, and his new makeup artist fiancée Georgia Shults, 30.

Their first deal with the OFTV platform is a “six figure” fee that will run into millions with additional add-ons and revenue, MailOnline has been told.

The new show will begin filming in a few weeks and is expected to air early next year via the free viewing app.

In publicity photos for the series, they are decked out in leather outfits and resemble some of the Kardashians’ famous shoots.

Like that hit, this series follows the main family The Sims as they try to go “worldwide”, away from Essex and on their travels in the US.

The series comes out on the free OFTV app, which unlike its parent site, contains no nudity and can be viewed on a smart TV.

And as part of the deal, the family will also open OnlyFans accounts, but with Instagram-esque photos, with no explicit content.

Chloe told MailOnline: ‘I understand people want to compare this to TOWIE, but this is a different concept; this will be a fly-on-the-wall insight into our lives as a family, currently we call it House of Sims as a working title. It will be completely real and we are very excited to take our viewers on a great unfiltered adventure.

“We’re proud to be The Sims, but being compared to the Kardashians all the time is a huge compliment to us as a family. We want to see where this new show can take us and plan to go global.” 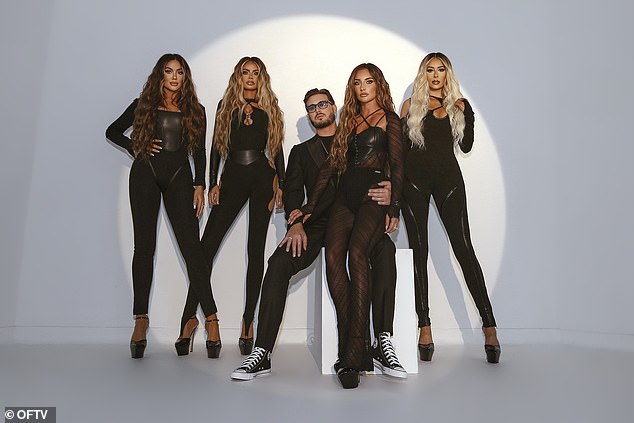 First photo of Chloe, 40, and her family for the new upcoming OFTV show House of Sims 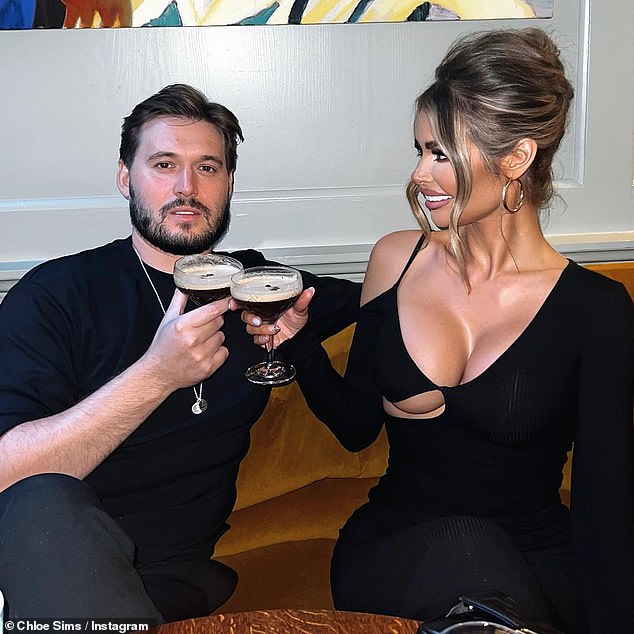 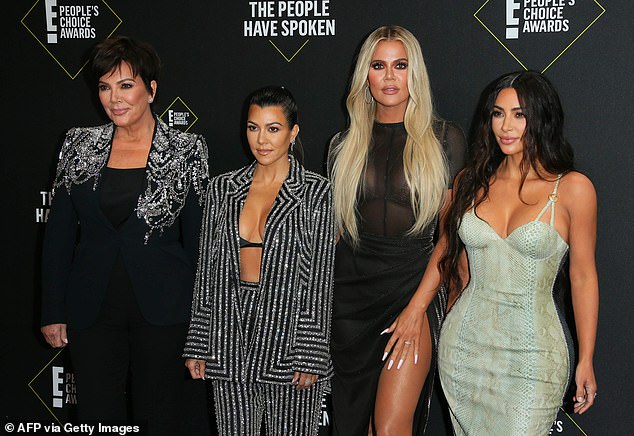 The Sims have been compared to the Kardashians and the new show is expected to be a similar style, reality fly on the wall format showing their lives away from the photo shoots and TOWIE

Chloe, who is also a co-producer on the show, added: “We want to be one of the best reality TV shows out there. OFTV fully supports us in this. We can’t wait to get started.

“I strongly believe that we need to present ourselves in a natural light, showing all aspects of everything we do.

For example – first thing in the morning without the glamour, more sharing of who we really are, what we are up to and real life situations – this is the first authentic insight into our daily life.

Frankie and Demi added in a statement: For fans, this is a real behind-the-scenes look at what’s happening in our lives.

“Fans will get to know all of us well in a brand new show format that we’re really excited about. 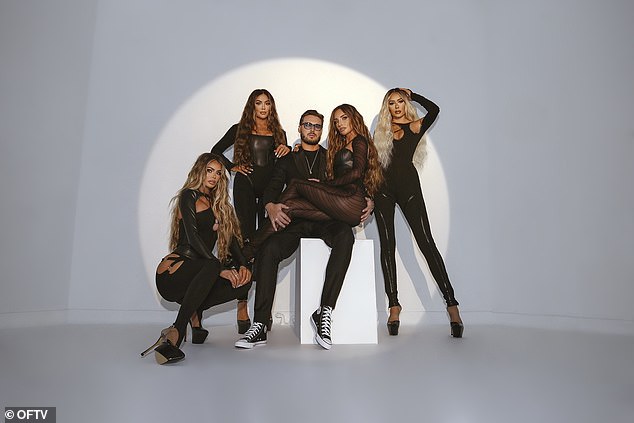 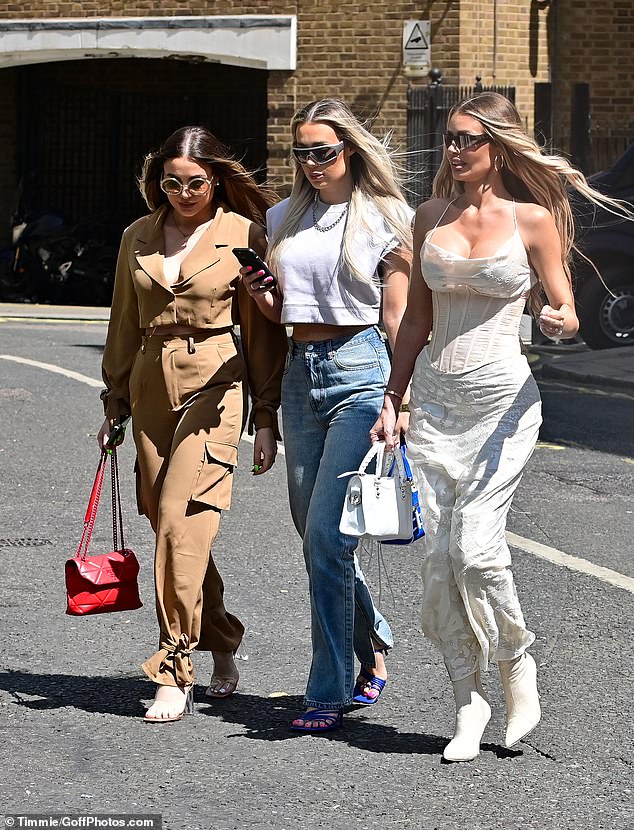 Family day out: The reality star looked sensational in the stunning ensemble as she joined her younger sisters Frankie (left), 27, Demi, 25 (right) over the weekend

She said: ‘We couldn’t be happier bringing Chloe, Demi, Frankie, Charlie and Georgia to OnlyFans.

“We’re giving them real freedom of expression and control over their story with this OFTV production.

“Now that we’ve gotten to know the Sims, we can’t wait to see their show come to fruition. OnlyFans gives them a platform to grow their community of fans while publicly sharing who they are authentically on OFTV.”

“They’ll immediately understand why we moved to OnlyFans when they see what we’re up to on OFTV soon.”

This new show is the largest investment in original, creator-first content the British tech company has made in its history.

After weeks of rumours, the sisters announced they had left TOWIE on Friday, stunning fans who have followed them for years.

A source told MailOnline: ‘Only fans really want to put their tanks on ITV’s lawn.

“It’s their move to get on mainstream television — everyone thinks the show is going to be huge.”

An official statement, shared on TOWIE’s Instagram Story, read: “After more than a decade devoted to The Only Way Is Essex, Chloe Sims has decided to leave the show.”

They continued: “Chloe has been an iconic figure since her arrival on TOWIE, and we have enjoyed following her close friendships, relationship and strong family values ​​on screen through the ups and downs.”

“We wish Chloe all the best for the future,” they wrote, alongside a highlight of her time on the show. 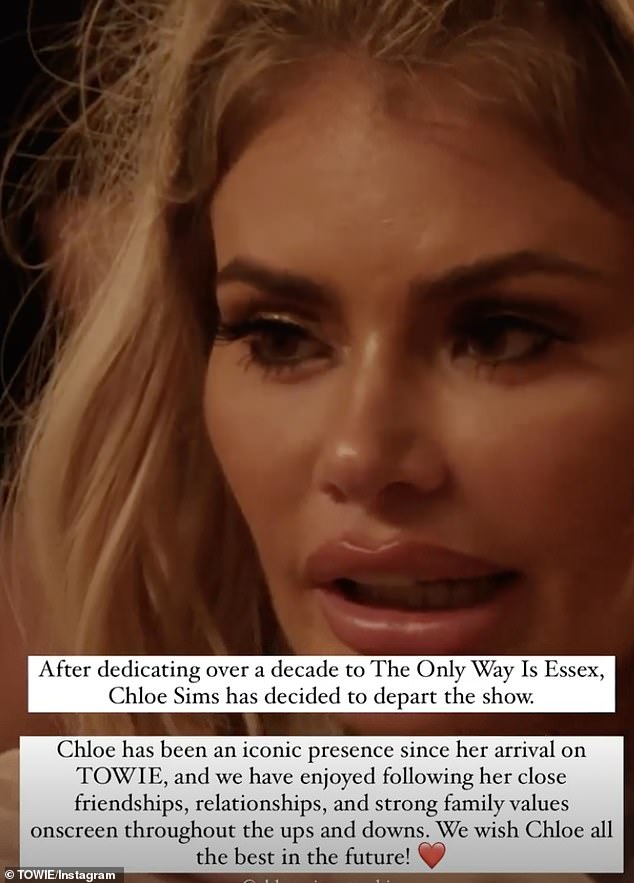 It comes after Chloe wrote a heartfelt goodbye when she said she was “forever grateful” to the producers and her fans for their support when she confirmed the news of her departure on Friday. 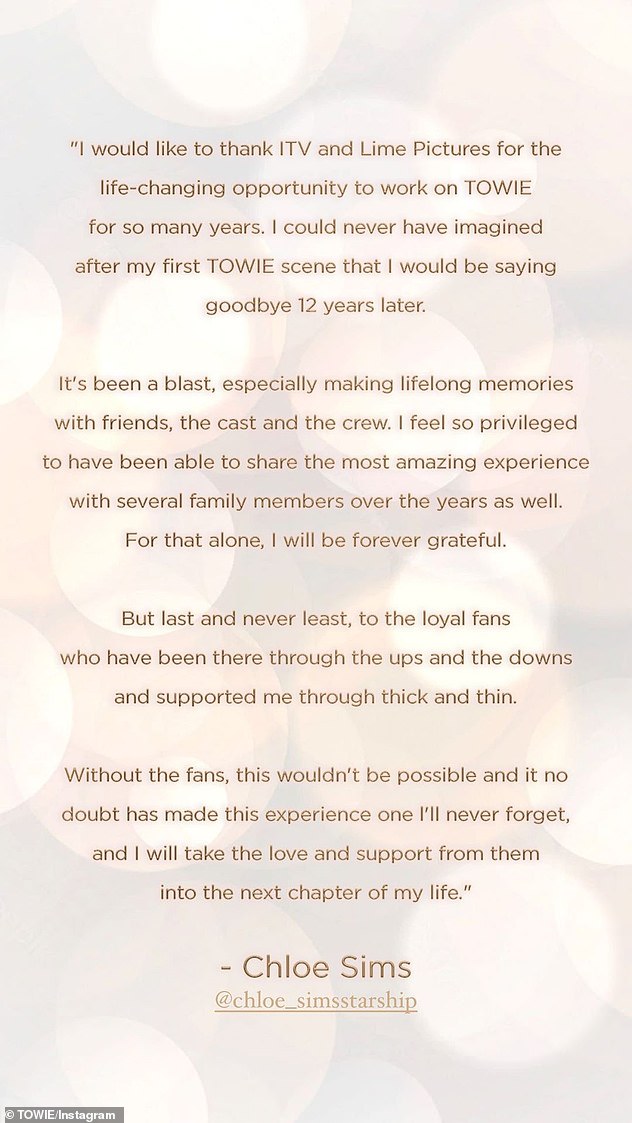 Alongside the statement from the bosses, Chloe wrote her own long thank you to her supportive fans 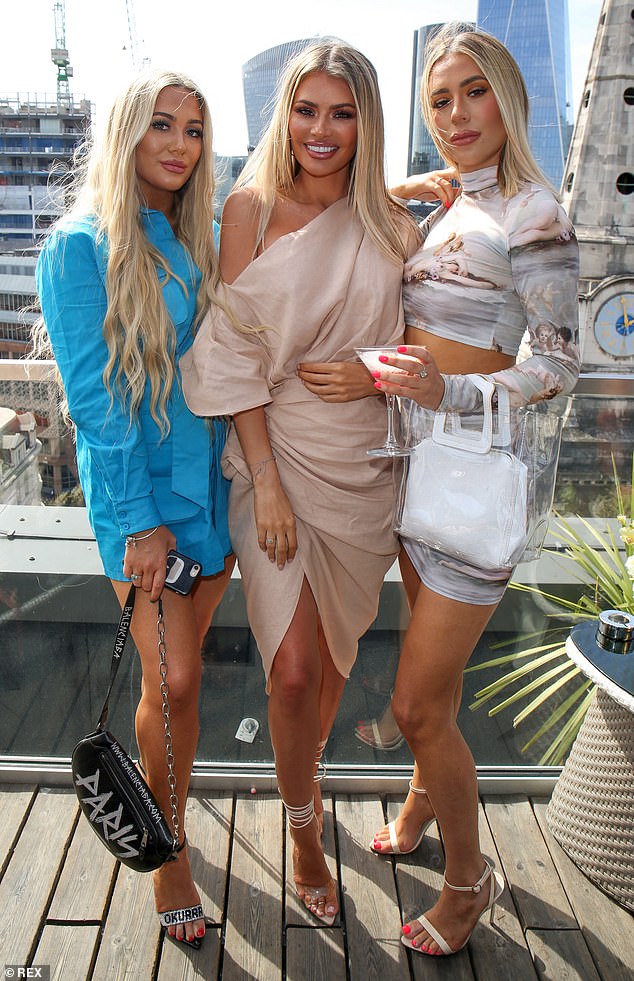 What is OnlyFans OFTV television channel?

Fans pay between £3.90 and £39 a month for photos from their favorite creators, while the site receives a 20 percent commission.

It boomed during the coronavirus lockdown, with a 42 percent increase in new accounts over the period, bringing the total to nearly 100,000 Britons.

There are 660,000 creator accounts worldwide with 50 million users, and OnlyFans says it paid UK creators more than £956 million.

The OFTV platform is a free app, which unlike its parent site does not contain nudity and can be viewed on a smart TV.

OFTV has launched a range of UK content this year, including the hit shows Model Farmers and Enduro: Beyond the Circuit. House of Sims is the largest TV investment.

Chloe added: ‘I want to thank ITV and Lime Pictures for the life-changing opportunity to work on TOWIE for so many years.’

She continued: “I never imagined that after my first TOWIE scene I would be saying goodbye 12 years later.

“It was great, especially making memories for life with friends, the cast and the crew. I have had the privilege of being able to share my experience over the years with several family members as well. For that alone I will be eternally grateful to you.

But not least to the loyal fans who have been there through the ups and downs and supported through thick and thin.

“Without fans this would not be possible and it has undoubtedly made this experience one that I will never forget, and I will take their love and support into the next chapter of my life.”

The news comes when Chloe’s cast members were spotted filming for TOWIE’s latest series in the Dominican Republic in June.

But when the rest of the cast landed in Puta Cana, Chloe was seen going about her day as usual at home in Essex.

It was reported at the time that the star was contemplating their own reality TV show along with her younger sisters Demi and Frankie.

The Sims, who have always spoken out about the importance of their loyal fanbase away from more scripted broadcast media and towards a direct connection with their fans on OnlyFans and OFTV, reflects how OnlyFans is a disruptor, putting power back in the hands of creative talent.’