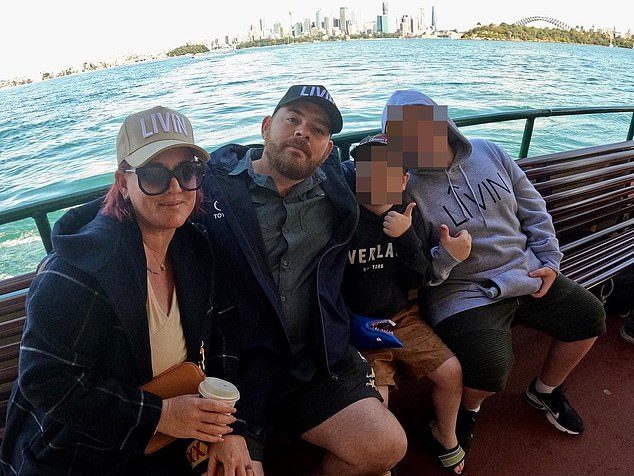 A North Queensland family has made an official complaint to the NRL after they were forced to leave Accor Stadium early over alleged abuse by South Sydney supporters.

The family recently moved to Sydney and went to see the Saturday night blockbuster between the Rabbitohs and Cowboys at the Homebush location.

It was their first time attending a Souths game at Accor Stadium and mom Cindy said they were stunned by the abusive behavior and language of the crowd. 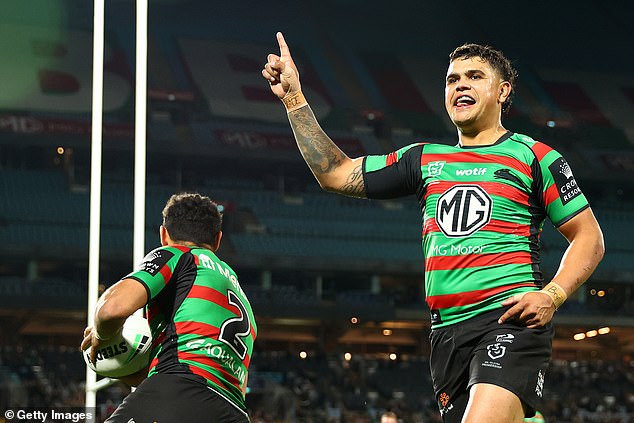 It ultimately meant they had to leave in the first half, with her 10-year-old son hiding the Cowboys logo on his jacket fearing for his safety.

‘We will never watch another game against’ [the] Rabbitohs,” she wrote to a North Queensland Cowboys supporters group on social media.

‘We get all passion – we are NQlders – but the filth, language, lude actions and the words that flew from South’s mouth, not only [toward] the visiting Cowboys, [but] Cowboys supporters and [referee Gerard] sutton.

‘[They had no] with regard to the families present, even their own.

‘[It] was something that even made our 7 and 10 year olds so stunned that they wanted to leave 20 minutes into the first half.

“It was absolutely disgusting that it really dampened the build-up to an exhilarating experience.

“We may be from the north, but I can say with heart and soul that we have never treated a visiting team to the reception we experienced first hand last night and that our boys experienced. It was nothing but disgusting. 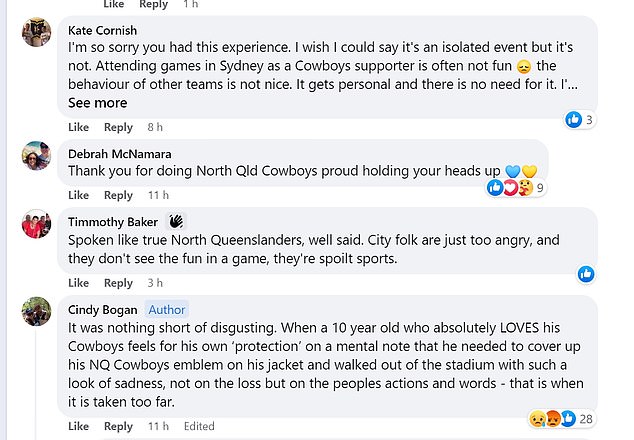 Ms. Bogan said the moment her oldest son felt he had to hide that he was a Cowboys supporter was the last straw.

“It was downright disgusting. When a 10-year-old who absolutely loves his Cowboys feels for his own “protection” that he should cover his NQ Cowboys decal on his jacket and walked out of the stadium with such a saddened look, not at the loss, but at the people’s actions and words — that’s when it goes too far,” she said. 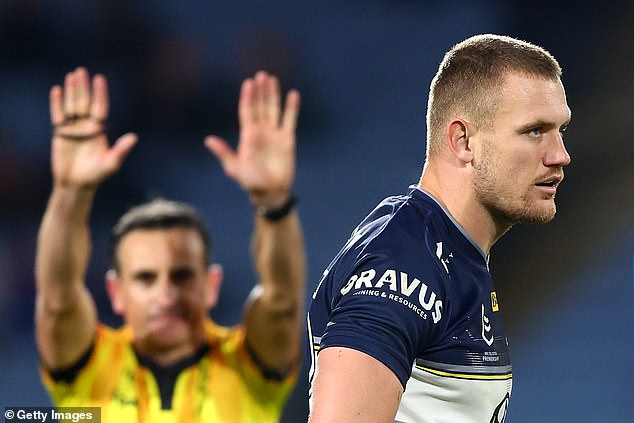 Ms Bogan said the family had reported the incident to the NRL, but she does not expect any action to be taken.

Complaint emailed directly to the NRL this morning. I doubt very much that anything will come of it, but my piece is now said,’ she said.

South Sydney continues to call Accor Stadium home after a bid to move to the new Allianz Stadium fell through.

The Rabbitohs defeated the Cowboys 20-10 to secure their final spot after the visitors were reduced to 11 on the field with Coen Hess and Kyle Feldt in the sin box.

Qantas’ baggage handlers shut down as the investigation into Swissport’s…