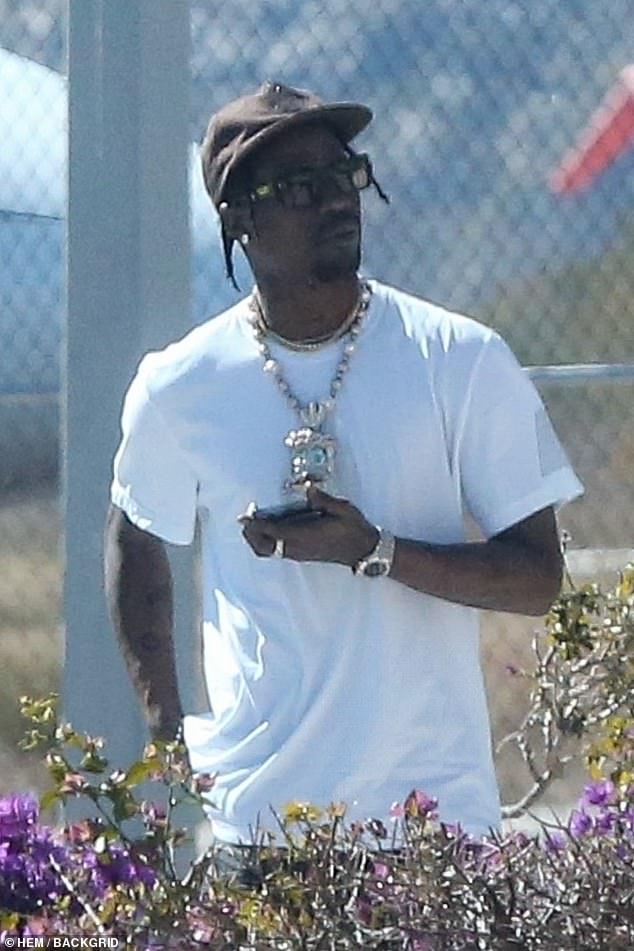 Travis Scott was seen leaving Cabo on Friday morning, after spending a few days with friends at the Mexican destination.

The 30-year-old rapper – who has kept a low profile since the tragedy of the Astroworld Festival in which a massive crowd claimed the lives of 10 concertgoers – looked relaxed for the journey home.

Fleeing: Travis Scott was seen leaving Cabo on Friday morning, after spending a few days in the Mexican destination with friends

Scott completed the fit with a chunky silver chain around his neck and dark sunglasses.

The star also wore a black ball cap on his head.

He and Jenner, who have been on/off since 2017, announced they were expecting their second child together in August. They are already parents to three-year-old daughter Stormi. 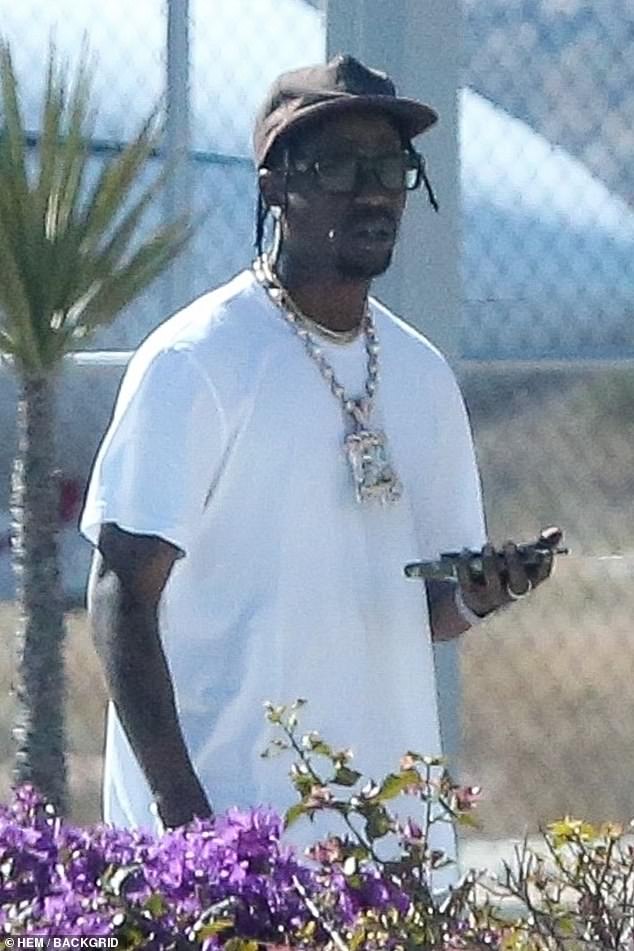 Cool style: The rapper – who has remained very quiet since the Astroworld tragedy – looked relaxed while wearing a white t-shirt