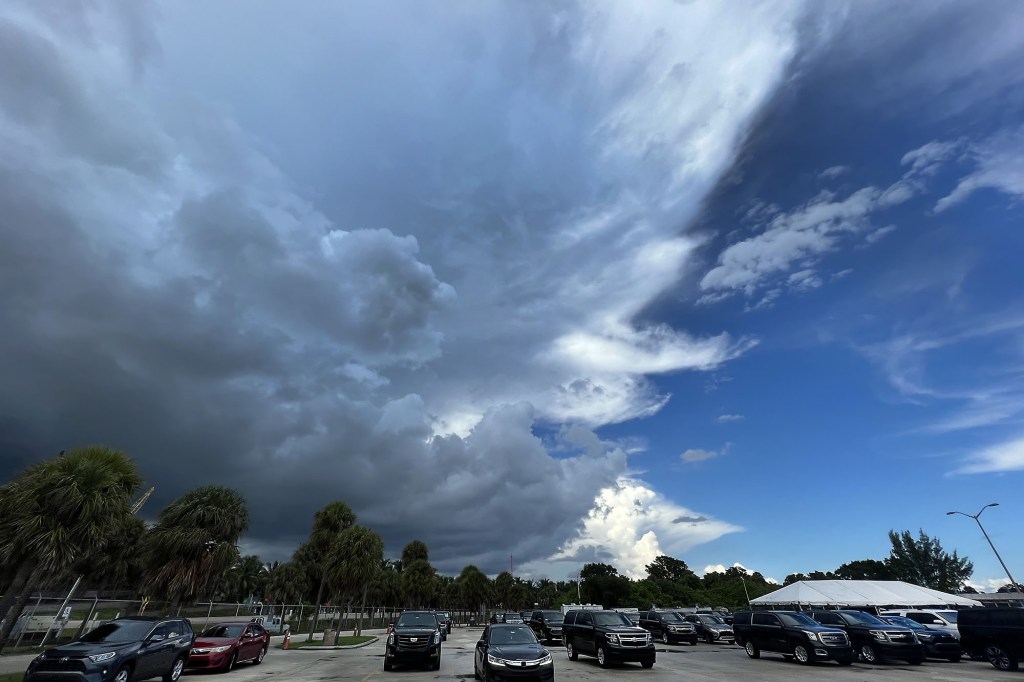 Tropical Depression Nine has formed in the central Caribbean Sea, and the Florida peninsula is already included in the cone of uncertainty for the system likely to become Hurricane Hermine or Ian in the coming days.

This tropical depression joins two other systems currently roaming the Atlantic basin, including Hurricane Fiona, which will hit Atlantic Canada this weekend, and Tropical Storm Gaston near the Azores. There are also two tropical disturbances, Invest 90L and Invest 99L, which will be monitored for development in the coming days.

While there’s still a lot we don’t know about the future of Tropical Depression Nine, here’s everything the FOX Forecast Center can tell you right now ahead of this potential hurricane threat to the southeastern U.S.

Where is Tropical Depression Nine?

The newly formed tropical depression had maximum sustained winds of about 35 mph and was moving west-northwest at 13 mph.

Once the winds from this system reach 63 mph or higher, it will become a tropical storm and the National Hurricane Center will assign it the following name at this year’s list of names. That could be Hermine or Ian, depending on whether this system or Invest 90L in the Eastern Tropical Atlantic becomes a tropical storm first.

The Hurricane hunters are on their way to Tropical Depression Nine to collect data that will help meteorologists refine their forecasts.

What is the forecast for Tropical Depression Nine?

Tropical Depression Nine is expected to turn into a tropical storm later Friday.

The current projection from the NHC shows this system turning into a hurricane in the northwestern Caribbean Sea late this weekend or early next week.

Next Tuesday or Wednesday, this likely hurricane is expected to be somewhere between the eastern Gulf of Mexico and near or over the Florida peninsula.

According to the FOX Forecast Center, Tropical Depression Nine is still battling wind shear — winds that change direction and speed at different elevations — preventing thunderstorms associated with the system from growing, and are expected to continue through Friday.

However, the NHC determined that at least the system was organized enough to be declared a tropical depression Friday morning.

This weekend, Tropical Depression Nine is expected to move into an area of ​​the Caribbean Sea with much lower wind shear and an abundant supply of deep warm water.

Water temperatures in this part of the Caribbean Sea are in the upper 80s, which is a few degrees above average, providing enough fuel to intensify this system over the next few days.

One limiting factor, however, could be the country’s interaction with Cuba early next week before reaching the Gulf of Mexico by mid-week.

What are the expected effects of tropical depression nine in the Caribbean?

The main concern of Tropical Depression Nine is currently heavy rainfall in northern Venezuela, northern Colombia and the so-called ABC island chain of Aruba, Bonaire and Curaçao. According to the FOX Forecast Center, several inches of rain is expected in these areas.

Flooding rain could also hit Jamaica, the Cayman Islands, Cuba, southern Haiti and the southern Dominican Republic from this weekend.

Depending on the exact track and intensity of tropical depression nine, there may also be tropical storm-force (39-plus mph) or hurricane-force (74-plus mph) in these areas.

What threat does tropical depression nine pose to Florida and the US Gulf Coast?

Tropical Depression Nine is expected to be sent generally toward the eastern Gulf of Mexico and near the Florida peninsula by mid-next week.

However, forecasts for newly developed tropical cyclones are challenging, so don’t be surprised if the forecast for Tropical Depression Nine sees several changes over the next few days — some of which could be significant.

The computer model solutions currently range from the eastern Gulf of Mexico to near or off Florida’s Atlantic coast, so everyone in this general zone should start preparing now in the event of a potential hurricane next week.

So the bottom line is that it’s too early to know exactly where this system is headed, but know that there is a growing threat of a powerful hurricane hitting the southeastern US around the middle of next week.

The FOX Forecast Center will be keeping a close eye on this system as it strengthens and tracks through the Caribbean in the coming days.

Brooklyn Beckham’s new family: Breakdown of Peltz clan as rift between Nicola and Victoria heats up