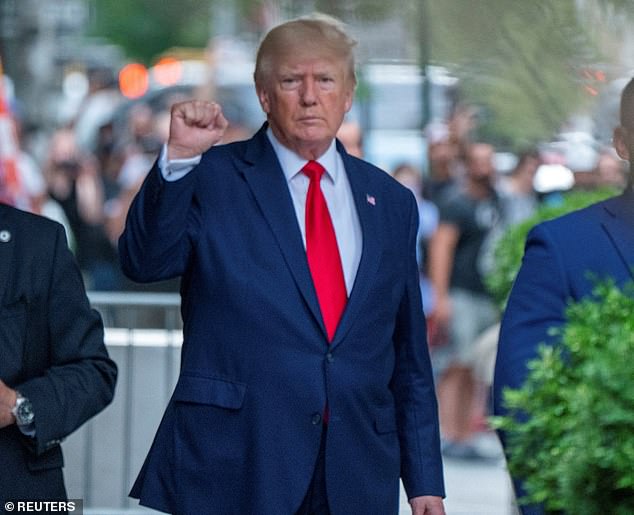 Donald Trump has said he plans to file a legal motion in response to the FBI’s raid on Mar-a-Lago, alleging his Fourth Amendment rights have been violated.

In a series of posts on Truth Social this Friday, the former president condemned the raid on his Florida home after law enforcement seized 10 boxes of classified files that Trump allegedly took after he left office.

“Never in the history of our country has there been a time when law enforcement officers have been so viciously and violently involved in the life and times of politics in our nation,” Trump wrote.

“There will be a major motion shortly regarding the Fourth Amendment regarding the illegal burglary of my home, Mar-a-Lago, just before the ever-important midterm elections.

“My rights, along with the rights of all Americans, have been violated at a level rarely seen before in our country,” he added.

It is the latest in Trump’s battle with the FBI as former running mate Mike Pence said he had not removed any classified material after serving as vice president.

Donald Trump said he will file a legal motion alleging his Fourth Amendment rights were violated when the FBI raided Mar-a-Lago on Aug. 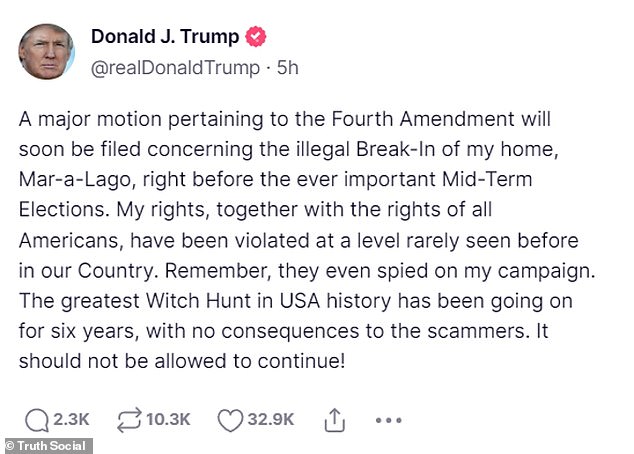 The president made the announcement on Truth Social, calling the raid a ‘witch hunt’ 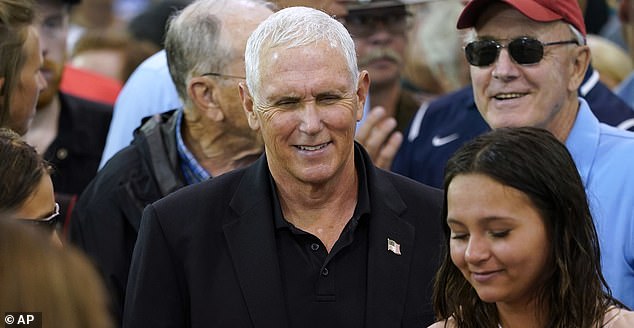 Meanwhile, former Vice President Mike Pence (center) said he has not removed any classified material after serving his term

Two sources familiar with the case told CBS News’ Robert Costa that Trump’s motion will be filed in the coming days and will seek the appointment of a “special master” to review the evidence collected by the FBI on Aug. 8 and to return.

The Fourth Amendment states that a search of a person’s home is only legal if there is a valid reason.

A search warrant for Mar-a-Lago was signed by a federal judge, with the support of US Attorney Merrick Garland. Parts of the affidavit are likely to be released next week.

Hugo Lowell, of the Guardian, added that multiple sources told him the new motion would be filed in part because of Trump attorney Christina Bobb’s disastrous interview with Fox’s Laura Ingraham.

In Thursday’s interview, Bobb failed to instill confidence in how securely Trump kept the seized files, saying they were behind a locked door in a poolside basement.

“Only certain staff members can get there, and then there’s only one key,” Bobb said, despite classified files normally being kept in what’s called a sensitive compartmentalized information facility (SCIF).

As the former president fights charges of stealing confidential material from the White House, Pence has tried to distance himself from his former running mate. 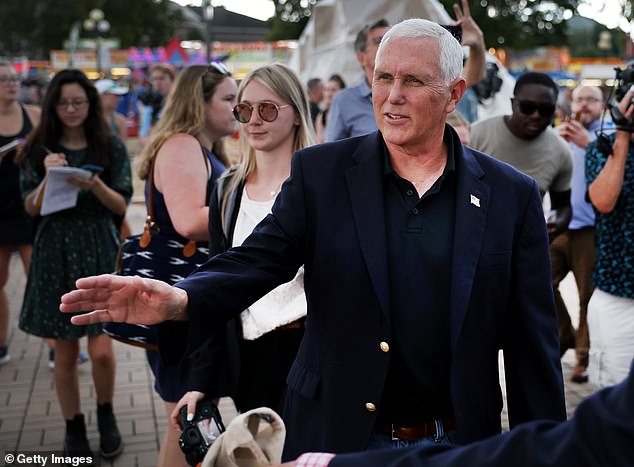 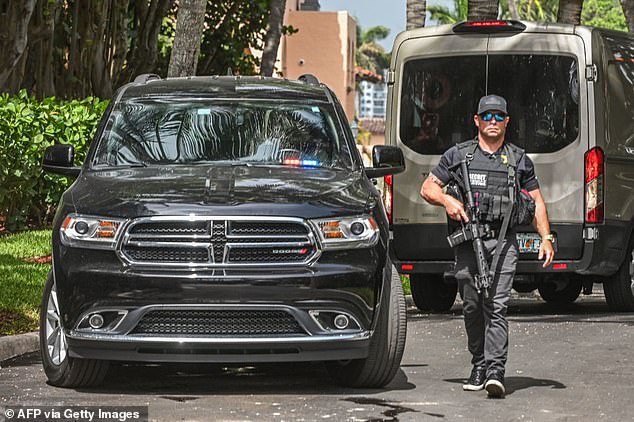 During the raid, 10 boxes of material were removed from Mar-a-Lago; above, a member of the Secret Service is seen in Trump’s Florida home

Pence, who immediately asked if he had withheld classified information when he left, told The Associated Press in an interview: “No, not to my knowledge.”

Despite the inclusion of material marked “top secret” in the list of artifacts recovered by the government at Mar-a-Lago, Pence said, “I honestly don’t want to prejudge it until we get all the facts.”

Speaking further about the Mar-a-Lago search, the former vice president raised the possibility, as he has done before, that the investigation was politically motivated and called on Attorney General Merrick Garland to release more details. about what prompted the authorities to carry out the search.

“The concerns that millions of Americans felt will not be resolved until daylight,” Pence said Friday. ‘I know that’s not common in an investigation. But this is an unprecedented action by the Justice Department and I think it deserves unprecedented transparency.’

In his messages on Friday, Trump again characterized the FBI and Justice Department’s investigation into him as a “witch hunt” that began the moment he announced he was running for president. 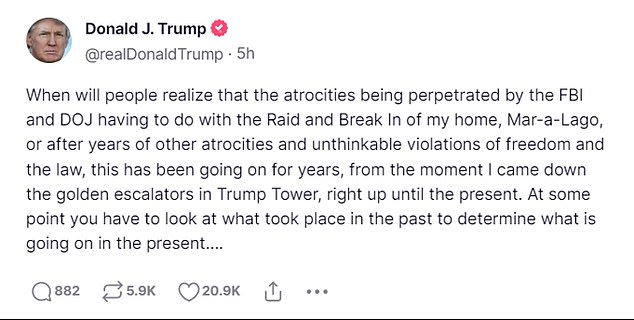 Trump expressed frustration at the raid, calling it politics destroying the US

“When will people realize that the atrocities committed by the FBI and DOJ have to do with the raid and burglary of my home, Mar-a-Lago, or after years of other atrocities and unthinkable violations of liberty and the law,” Trump wrote.

This has been going on for years, from when I descended the golden escalators in Trump Tower, to the present day.

“And nothing like it has ever happened in our country,” he added.

“Our country’s law enforcement has become that of a third world nation, and I don’t believe the people will stand for it – between fraudulent elections, open borders, inflation, giving our military to the enemy and much more – how much is expected of all of us?’

The sun is going to DIE… but don’t worry, it won’t happen for 5 billion years, ESA predicts