Two men, 23 and 24, who forced victims at gunpoint to open cryptocurrency accounts are jailed 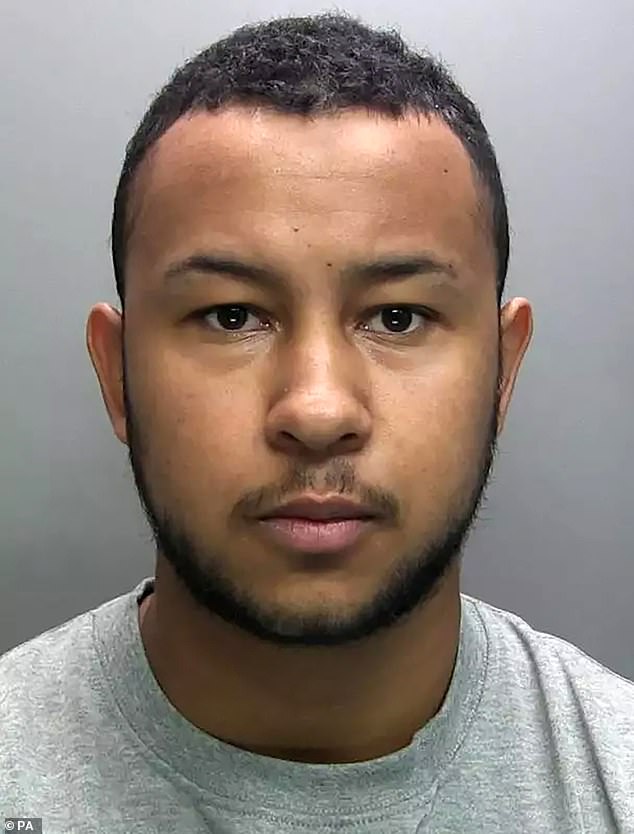 Two men, 23 and 24, who forced their victims at gunpoint to open cryptocurrency accounts in a failed attempt to transfer £3,500 are jailed

Two men who held their victims at gunpoint and forced them to open cryptocurrency accounts as part of a failed ploy to transfer £3,500 have been jailed.

Jordan Barrett, 23, and Ted Richards, 24, stormed into a property wearing helmets and masks on February 10, 2020, in Carlisle, Cumbria.

One of them brandished a starter pistol, while the other was armed with a knife as they took photos of the victims, along with ID.

The cheeky couple then used the victims’ personal details as part of an attempt to transfer £3,500 to a cryptocurrency account online.

Barrett and Richards also stole a Microsoft Xbox and an iPhone from the house before warning the two roommates not to call the police.

They also told the victims to “keep their ears open” as they fired the gun into the street.

But their attempt to convert the money into Bitcoin was thwarted when the incident was reported to the police. The money transfer also fell through because the exchange platform they were using had a 24-hour authentication process.

The pair appeared before the Carlisle Crown Court sentencing today, where Judge Nicholas Barker told them they had subjected the victims to a “terrifying ordeal” that lasted more than two hours.

Jordan Barrett, who pleaded guilty to theft and false imprisonment, was sentenced to six years and nine months for the same offences 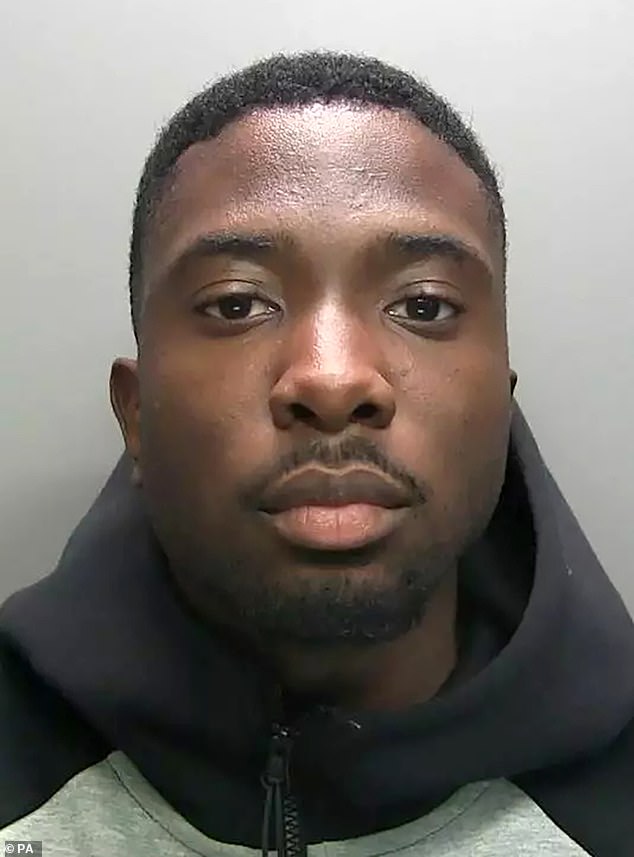 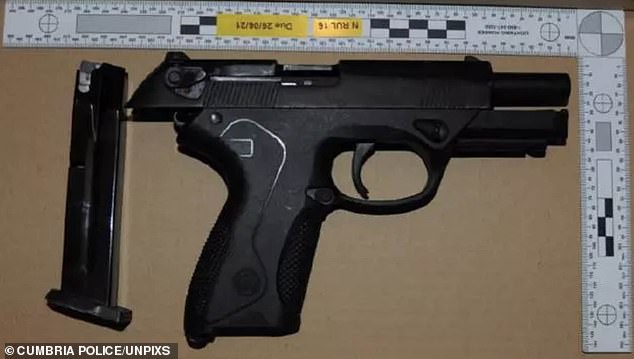 Although the weapon used during the incident failed to fire a shot, the victims believe it was real and that they were in grave danger, he added.

The background to the robbery was that Barrett was seeking retaliation against a third man living in the property, who he believed had driven dangerously into a vehicle, seriously injuring his girlfriend.

Judge Barker told the court that the defendants had continued their revenge campaign, choosing not to stop when they realized their intended target was not home alone.

Both victims suffered from ‘significantly heightened anxiety’ after the incident.

When police launched a criminal investigation and searched Barrett’s home in Red Bank Square, Carlisle, they discovered the starter pistol.

It was bought online for £150 and supplied with a bullet press for empty cases and ammunition.

None of the defendants had previous convictions and emphasized that they are sorry and would not harass the courts again.

But Richards, of Empire Square, Southwark, London, was sentenced to six years in prison today. He previously pleaded guilty to theft and false imprisonment.

Barrett, who later pleaded guilty, was sentenced to six years and nine months in prison for the same offences.

After the sentencing, Chief Inspector Jenny Beattie of Cumbria Police said: ‘The determination of the investigative team has been unwavering in conducting the investigation that led to a successful conviction.

The team’s efforts are particularly impressive given the circumstances in which the criminals forced the victims to create cryptocurrency accounts so that they could try to evade identification.

ENGLAND SUMMER TEST REVIEWS: Jonny Bairstow and Jimmy Anderson showed why they are among the best