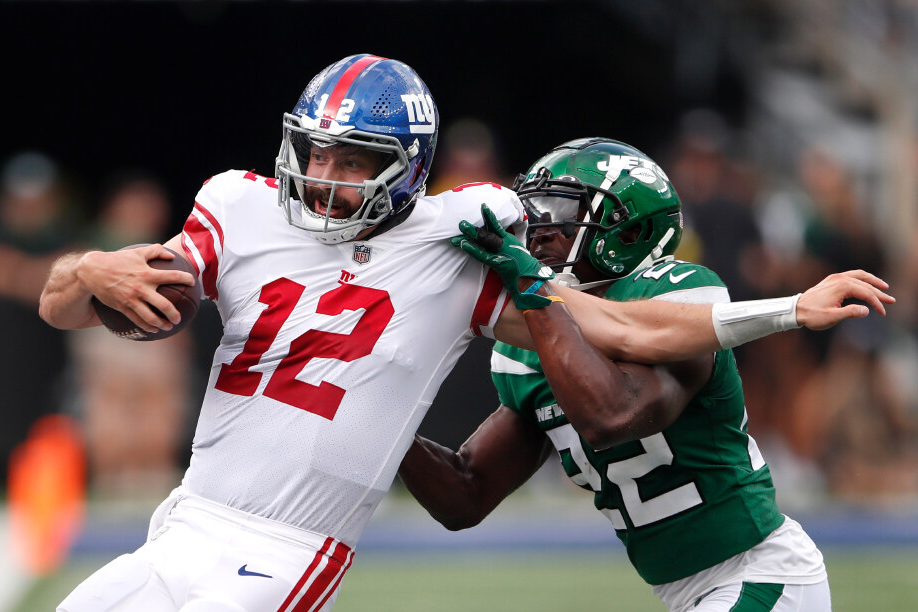 Robert Saleh said there was a lot of lobbying, tape review and discussions leading up to the latest roster cut and finalization of the 53-man roster, but the Jets head coach wanted to put the spotlight on the two unwritten free agents of the roster. organization signed in May.

Running back Zonovan “Bam” Knight and safety Tony Adams survived the whole series of roster cuts, including some unexpected names like safeties Will Parks and Jason Pinnock. Saleh said he would have been ill had the Jets lost Adams, who is now lining up for third safe place behind Jordan Whitehead and Ashtyn Davis. Since Tevin Coleman’s run-back was also scrapped, Knight will now battle Ty Johnson for the third RB spot.

“It’s hard to make it as an undrafted free agent,” Saleh said before practice at Florham Park on Tuesday. “That’s why TA and [Knight], really cool to see those two grab their chance and make the most of it. Again, [Knight is] another young man, who just has a really good running style, fits what we’re looking for in a running style. And then from a special team point of view, being fourth behind, great value in that regard.

“For him and TA, both did a really good job this off-season, constantly taking the steps they needed.”

Pinnock had been working with the second-stringers all summer, but he ran with the first-team defense when Lamarcus Joyner didn’t. It looked like he was a shoo-in for the third safety spot, but now he’ll likely be back on the practice team as he clears waivers.

Chris Streveler led the team in hasty yards this summer in the wake of starting quarterback Zach Wilson who suffered a bone bruise and meniscus tear in his right knee.

“Strev is great,” Saleh said. “I had a good conversation with him, in the hope that we will also get him back. But it is also a general body of work. He has certainly performed, I do not want to take that away from him. … But if you look at Mike White of a year ago, OTAs, training camp, he had two tough games, but he had a really nice game against the Giants.

“Mike just has a general body of work, really understands exactly what we’re trying to get done.”

Other notable releases include tackle Chuma Edoga, a 2019 third round pick, defensive lineman Bradlee Anae, tight end Kenny Yeboah, and running back La’Mical Perine, who was Gang Green’s 2020 fourth round selection. Trevon Wesco was also a surprise, as he had been the best blocking tight end of the Jets. After having played in all 17 games with three starts last season, defending defender Javelin Guidry was also waived.

The Jets put Nick Bawden on IR and the fullback is expected to be out for the year. …Wilson, whom Saleh said still has “no timetable” to return to practice, became quite normal on the sidelines during practice. … G Nate Herbig sat on the stationary bike during practice along with other injured players. … THE Vinny Curry (hamstring) did not participate.