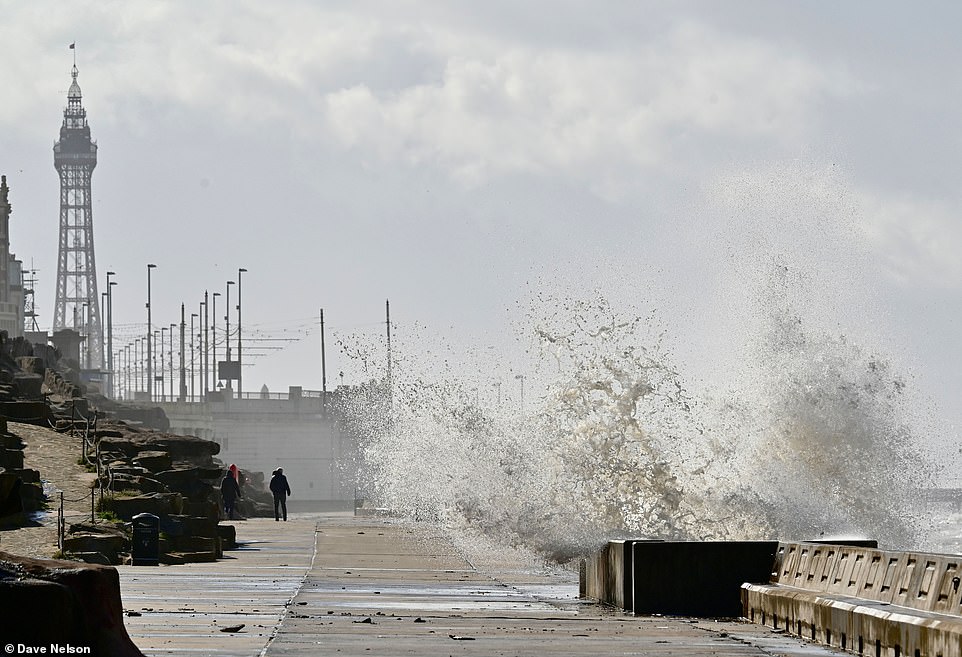 Close out for autumn: Cold winds and showers will plague the UK today before temperatures drop below average tomorrow to a chilly 8C tomorrow

Britons are urged to dress for autumn as cold winds and showers plague the UK today, before temperatures drop below average to a chilly 8C tomorrow, according to the Met Office.

People are battling high northwesterly winds and stormy showers today, making temperatures below average feel colder than they did over the weekend. The showers are heaviest and most common in the north.

Tomorrow’s forecast will see cool winds, the occasional shower and some sunny spells as temperatures will average around 8 degrees Celsius – as the UK moves into autumn weather.

Chief meteorologist Steven Ramsdale of the Met Office said: “The start of the week has certainly seen a change in the weather as cool air and bands of rain and showers have moved south.

“Much of the next few days will see similar conditions in the UK and while it will feel cooler and fresher than recently, this is fairly typical autumn weather for us.”

There has been a strong wind and stormy showers today. Pictured are high winds pounding the north coast at Blackpool today 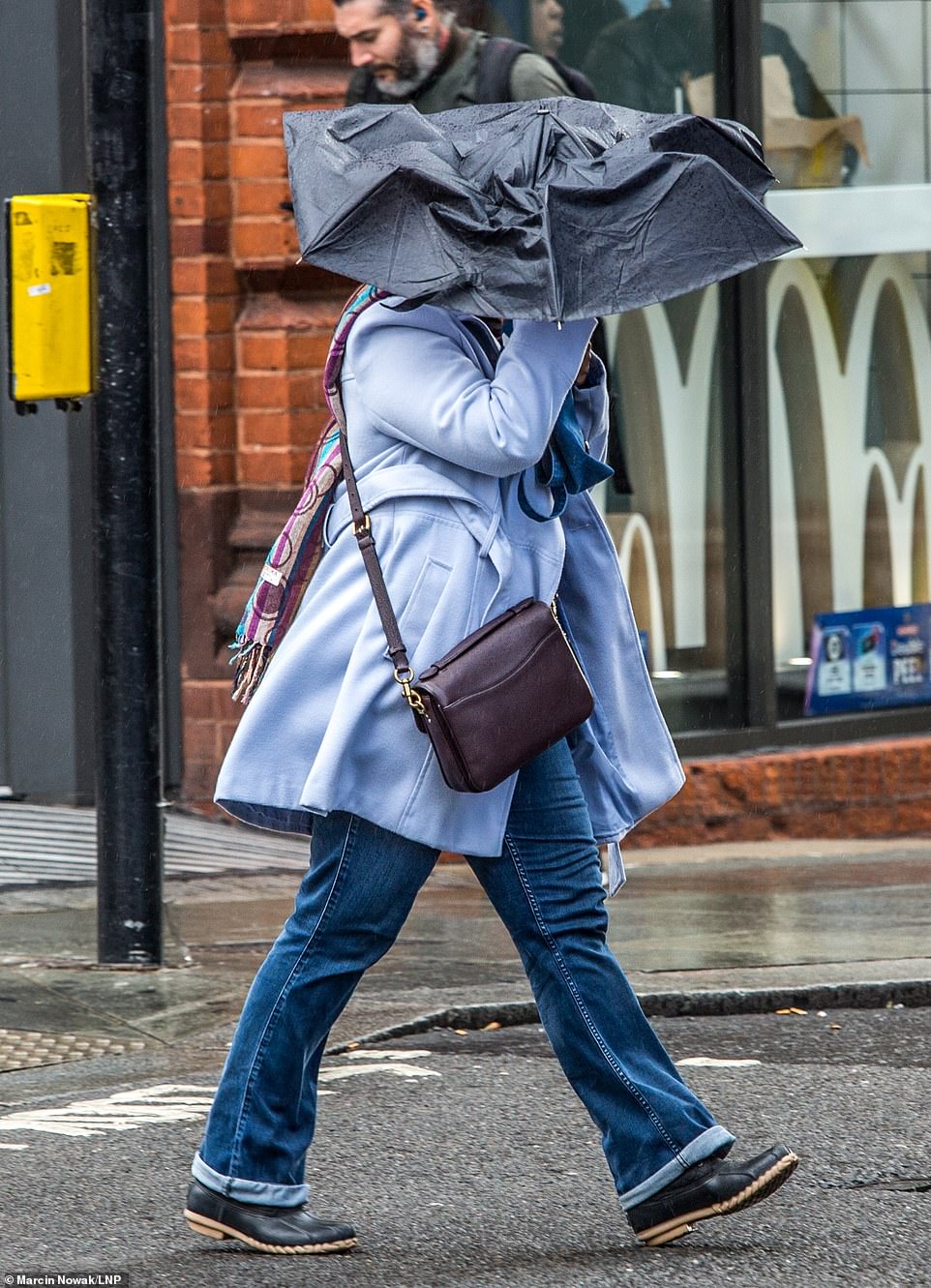 Showers will hit the UK today, but will be heaviest in the north of the country. Here shoppers in London’s Oxford Street find shelter under umbrellas during light rain 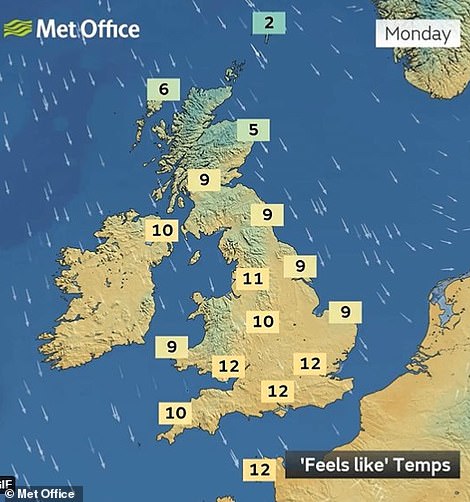 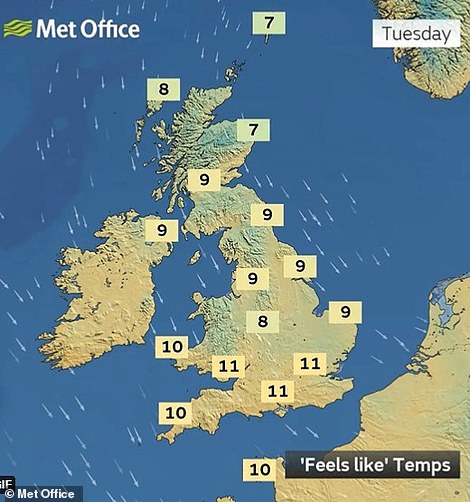 Tomorrow’s forecast will see cool winds, occasional showers and some sunny spells as temperatures will average around 8 degrees Celsius – as the UK moves into autumn weather 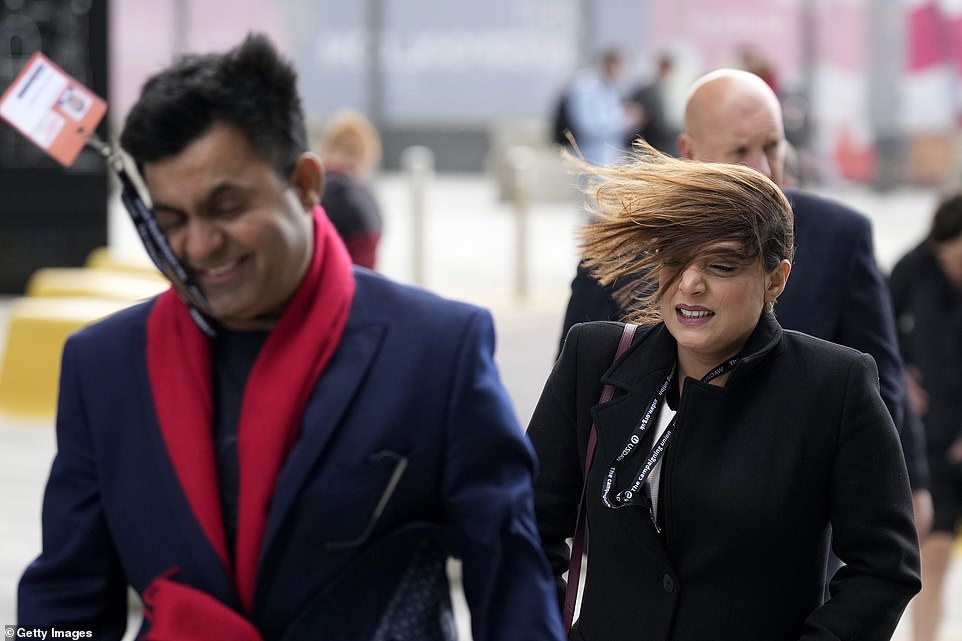 Temperatures today will go as low as 5C in Scotland, while the south will average around 12C. Tomorrow’s average is expected to be even cooler with an average of 8C in the UK.

Looking at the rest of the week, the Met Office said Wednesday will remain fairly cool with a mix of sunshine and showers, but winds will be lighter than on previous days.

Due to the light wind on Thursday it feels a bit warmer, for a dry and fresh start on Friday with patches of mist and fog.

The windiest and wettest weather is expected on Friday. Most areas will experience some sunshine, but clouds and heavy rain will move across the country from west to east.

Looking at Friday, Daniel Rudman, deputy chief meteorologist at the Met Office, said: ‘Friday it looks like a deeper low pressure area will move to the north west of the UK.

This means that many can expect a more markedly wet and windy period for a time on Friday than we have seen so far this autumn. That is not unusual for the time of year, however.’

Daniel added: ‘At this time of year, the knock-on effects of the Atlantic tropical cycle season can reduce confidence in forecasts more than a few days ahead, and so the exact times for rainfall and wind strength for Friday may vary throughout the week.

“The best thing to do when you have outdoor plans is to make sure you’re always using the most current forecast.”

The weather is likely to become drier and calmer over the weekend as October begins.

National Highways has told people to consider how the weather could affect their plans and travel, and encourages people to plan ahead for their travels — especially on unfamiliar routes.

Andy Butterfield, Customer Services Director for Operations at National Highways, said: “It’s always a good idea to plan your trip in advance, which is especially important if you’re traveling on routes you’re unfamiliar with.

“By checking the weather forecast before you travel, you can determine whether it’s worth delaying a trip if bad weather is forecast, or at least understanding traffic conditions.” 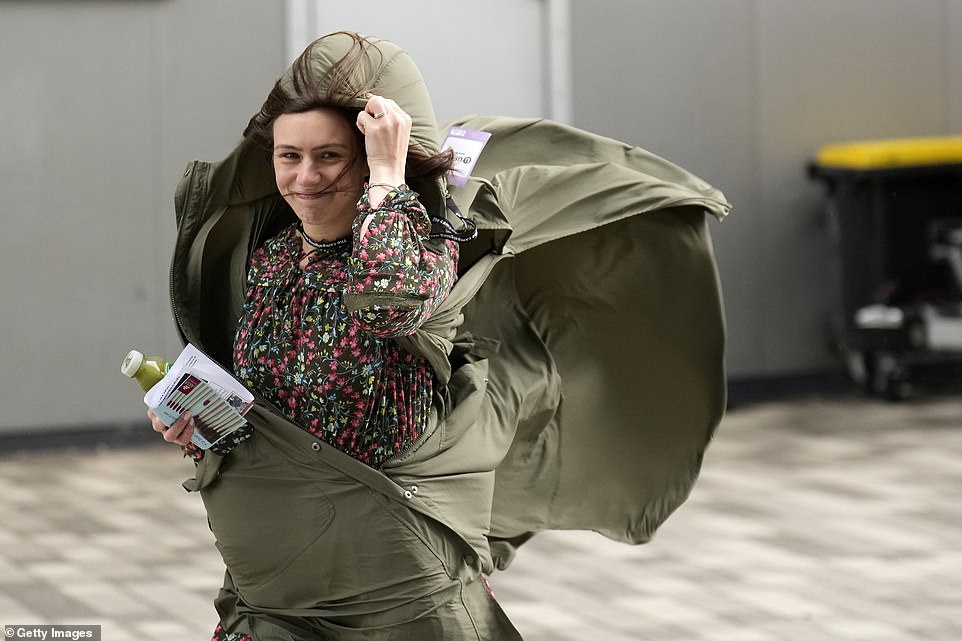 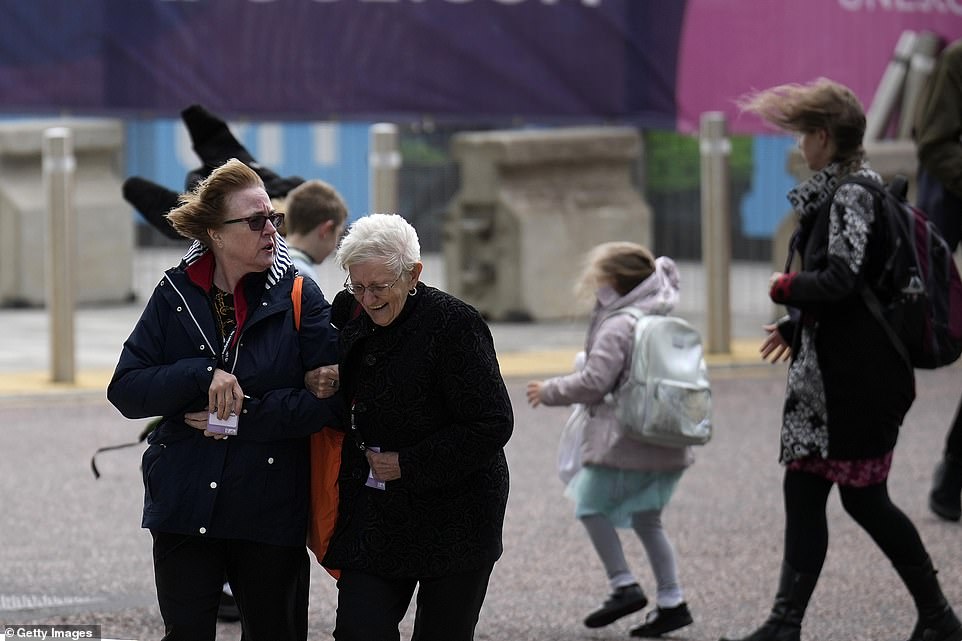 The forecast for October is still unclear, but the weather is likely to become drier and calmer.

A Met Office spokesperson said: ‘As we go into October there is a good chance we will have calmer and dry weather across the UK and especially the south.

“But as the month progressed, there is also likely to be wetter weather in the north and west of the country and could spread southward as well.

“Tempers are likely to be around average or higher for this time of year.”

The spokesperson added that the forecast for October is still unclear, but the likely pattern will be a drier start to the month.

This Matalan Alder Hey 2022 collab is what every mom needs