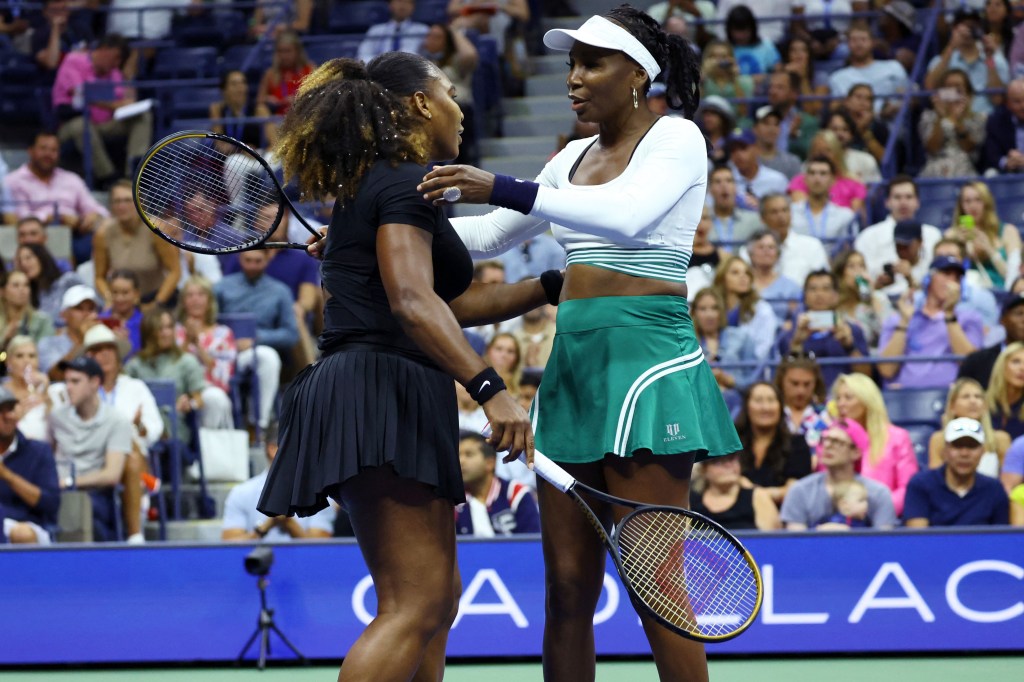 The Williams sisters walked off the field at Arthur Ashe Stadium, side by side as they have been throughout their storied careers, presumably for the last time.

There was not an empty seat in the stadium during the match, but at this point not a single seat was occupied as everyone in attendance was on their feet. Loud applause lingered with an understanding of the potential magnitude of the moment. Serena and Venus Williams waved appreciatively.

A 7-6 (5), 6-4 loss to Czech duo Linda Noskova and Lucie Hradecka sent the Williams sisters bouncing in the first round of women’s doubles at the US Open on Thursday night. Noskova and Hradecka will continue, the women’s doubles tournament will continue, but it will probably never feature the 14-time Grand Slam winners in doubles again – and that was the grandeur of the moment.

After a back-and-forth first set ended in a tiebreak, in which the Americans and Czechs also traded points until the latter ran away, Noskova and Hradecka dominated the first three games of the second set. However, the Williams sisters stormed back to make it 4-4.

But a series of unforced errors by Serena and Venus, coupled with Hradecka’s aggressive play at the net, resulted in an early elimination from the doubles. Serena will now turn her attention to her singles run as she takes on Ajla Tomljanovic in the third round on Friday night, while Venus’ US Open is over after losing in straight sets to Alison Van Uytvanck.

“We knew that almost all the people were cheering for them,” said Hradecka, who apologized to fans in attendance during her court interview. “But I would say I like it. I like it when there are many people. I think that’s why we play tennis, because of the fans, so I’d say I really enjoyed it.”

Serena announced in a first-person essay on Vogue.com last month that she is “evolving” away from her playing career — typically refusing to mention retirement. And Vogue editor Anna Wintour poetically watched the 23-time major champion round out her double record to 192-35. The announcement certainly played a part in the Williams sisters landing the primetime slot on Ashe, which is rarely seen in doubles.

While Venus hasn’t revealed much about her tennis future, the 42-year-old is also probably nearing the end.

Earlier this week, Venus told reporters it was Serena’s idea to team up one last time in doubles. She jokingly referred to her younger sister as “the boss.” Whatever dynamics they have, it has resulted in 14 major doubles titles, including two in New York, and three Olympic gold medals.

From the public courts in Compton, California to the legendary court at Arthur Ashe Stadium, the Williams sisters have charted a path.

Venus and Serena. Serena and Venus.

One does not exist without the other. Their legacy of doubles will live on.