The American rehabilitation guru who recently worked on Latrell Mitchell’s troublesome hamstrings is confident the Rabbitohs fullback could play in the NFL.

Bill Knowles, who has worked with, among others, Tiger Woods, baseball star Alex Rodriguez, legendary NFL quarterback Peyton Manning and decorated English rugby five-eighth Jonny Wilkinson, stressed to Mitchell that it was all about “getting the athlete out of his injury.”

Mitchell, 24, spent two weeks in Philadelphia and Knowles was blown away by the NRL star’s natural ability.

“We saw an athlete who is incredibly powerful and incredibly gifted,” Knowles said.

“I told him you have to be Latrell the athlete, the kid who can change direction, jump, throw things, catch things and move.”

Knowles sometimes sensed an element of self-doubt, while Mitchell wondered if he was still a top athlete. 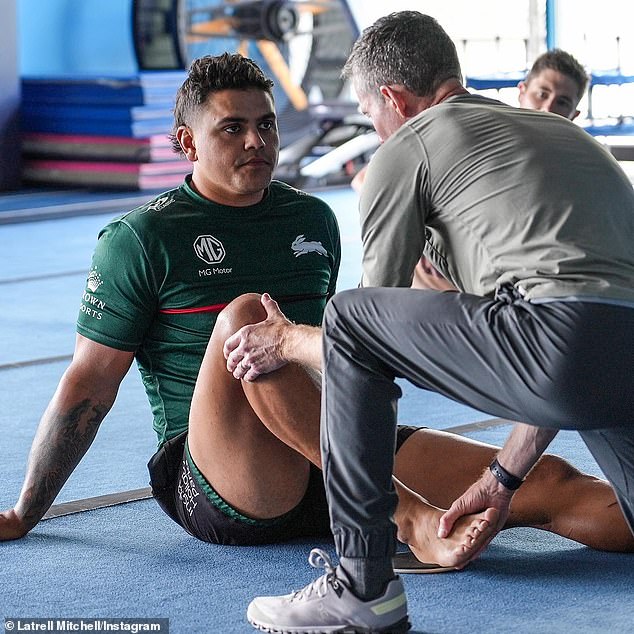 Mitchell, 24, spent two weeks in Philadelphia and Bill Knowles was blown away by the NRL star’s natural athleticism

Mitchell, who won premierships with the Roosters in 2018 and 2019, quickly flipped the switch and said to himself, “Yeah, that’s me. I’m still an athlete, I’ve got this.’

When Mitchell tore the tendon in his hamstring against the Dragons in round five, the club knew they needed a definitive answer to why their best player kept failing.

He took a holistic approach in the US, or in his words a “lower extremity” or “movement disorder” when it came to Mitchell’s hamstrings.

“In Latrell’s case, the hamstring is not a solo, but in a symphony,” he told the Sydney Morning Herald.

“That’s why you pull their athlete out of their injury. If you focus on the soloist, you forget the quality of the whole symphony.’

Knowles added that it was crucial that the “orchestra goes really well,” because “reducing the strain on the hamstring reduces the risk of re-injury.”

Mitchell’s social media gave his followers insight into what kind of workout he was doing in Philadelphia. 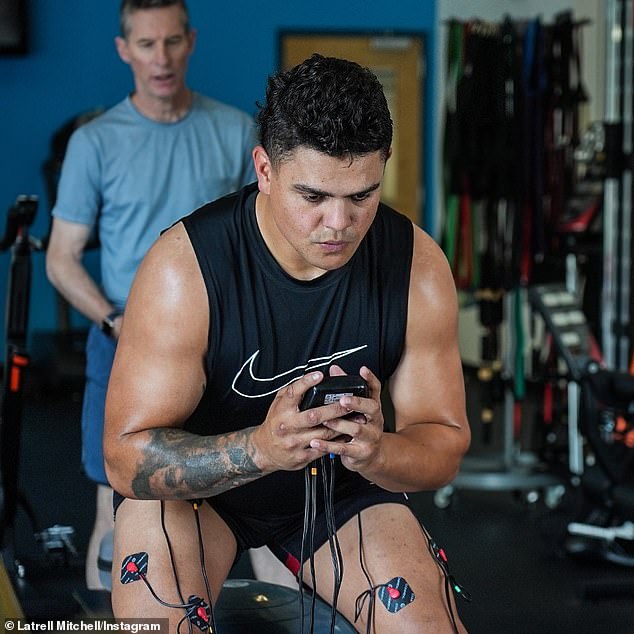 Knowles took a holistic approach, or in his words a “lower extremity” or “movement disorder” when it came to Mitchell’s hamstrings 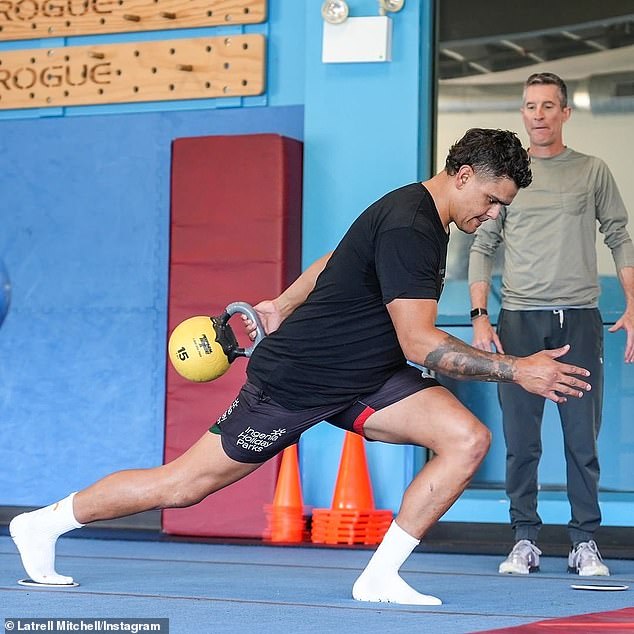 At one point, Knowles noticed an element of self-doubt as Mitchell wondered if he was still a top athlete?

A series of games, exercises and exercises to study his movement patterns and detect any problems were all implemented.

Examples were catching balls with both hands or Twisting two hula hoops on the end of a rod while balancing on one leg on a Bosu ball.

Mitchell bought into the training, but also saw the funny side and called himself a ‘circus freak’.

Emphasis was placed on movement to improve acceleration, deceleration and change of direction, because that is what makes Mitchell an elite NRL player. 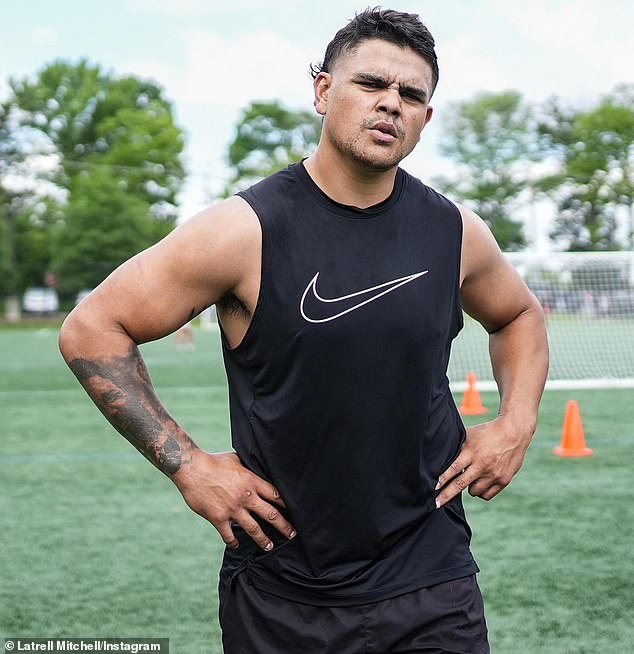 During the intense training, Knowles formed the belief that Mitchell’s strength “comes from within,” a quality only world-class athletes have.

Without a doubt, if Knowles had left, Mitchell could have been an NFL star or even a professional ice hockey player.

He also labeled the South Sydney fan favorite as a “total professional” and a “student of the process” who is a “very special” athlete.

And while no rehabilitation expert can ever guarantee that athletes will be injury-free, Knowles added that Mitchell returned home this week armed with an understanding of what the process is like in terms of recovery.