US reveals she assumed Sydney was warm all year round: ‘I think we should ‘rebrand’ Sydney”

Frustrated American expat admits she assumed Australia was warm all year round: ‘I think we need to change Sydney to the world, it’s freezing cold’

An American expat has spoken out about a misconception the rest of the world harbors about Sydney’s weather — and how it needs to change.

Sophia, it will pass @sophiainsydney now that she has moved from Los Angeles she has shared a video on TikTok talk about the need to ‘rebrand’ the city.

“We need to rename Sydney and show how cold it gets here,” she said. “Because globally, especially in America, you just assume Sydney is as hot as LA all year round, if not hotter.”

Do you think Sydney has been wrongly ‘branded’?

Sophia continued: ‘How do people work at this temperature? I just want to eat and stay inside.’

She also claimed to wear gloves, beanies and puffer jackets religiously, but nothing seems to keep her warm enough.

Thousands of people were involved in her video and many agreed that the weather in Sydney has been unusually cold this year.

“I’m sure this is the coldest I’ve ever been here,” said one man.

“It’s a ramen and staying in bed every day — but I’m not sure this is right.”

“It definitely feels like the coldest start to winter I’ve ever felt.”

A fourth added: ‘The weather is absolutely shocking – I’ve lived in Sydney all my life and it’s never been this cold.’ 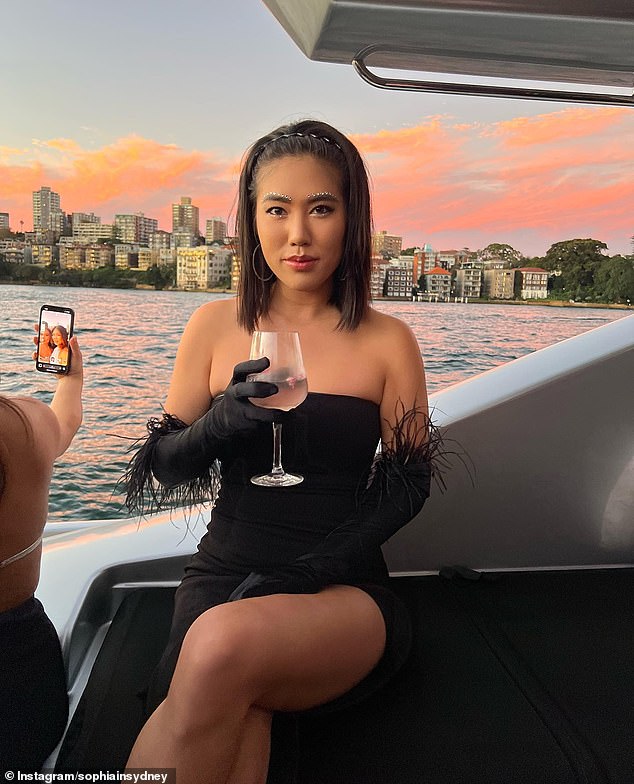 Sophia, who goes by @sophiainsydney now that she’s moved out of Los Angeles, shared a video on TikTok about the need to ‘rebrand’ the city

Others offered architectural explanations for the lack of heat.

“The reason we feel the cold so much more in Sydney is because our homes are made to keep the heat out and cool all summer.”

Another added: ‘I think a lot of people just don’t have enough heating. My house is nice and warm and I have windows with single glazing and the minimum required insulation.’

“I used to enjoy all the windows I have in my house because it meant a cool breeze in the summer… but now it’s just never-ending icy gusts.”

While several Americans and other foreigners shared similar qualms with the East Coast’s weather-related surf.

“I’m from Michigan and have lived in Melbourne for almost eight years,” said one man. “The winters here make me feel like I’m frostbitten 24/7.”

“I was born in British Columbia in Canada and even the cold there doesn’t bite as much as June in Syndey.”

A third added: ‘Aussie winters are no joke! Unless you live in Queensland or the Northern Territories… you’re pretty screwed.’

Below Deck Down Under: Jamie accuses Aesha and Brittini of ‘bullying’