Victoria’s outbreak continues to worsen with 2,179 new Covid cases and six deaths as Dan Andrews pledges to stick to the roadmap to get out of lockdown.

The health department confirmed the figures on Friday, which are a slight decrease from the record 2297 infections recorded on Thursday.

There are now 21,324 cases in the state, with deaths taking the toll from the current outbreak to 131.

About 73,942 tests were processed in the 24 hours to Friday morning and 38,752 COVID-19 vaccine doses were delivered at state-run hubs.

Prime Minister Daniel Andrews says the state government will continue to pursue its roadmap to reopening despite the increase in cases. 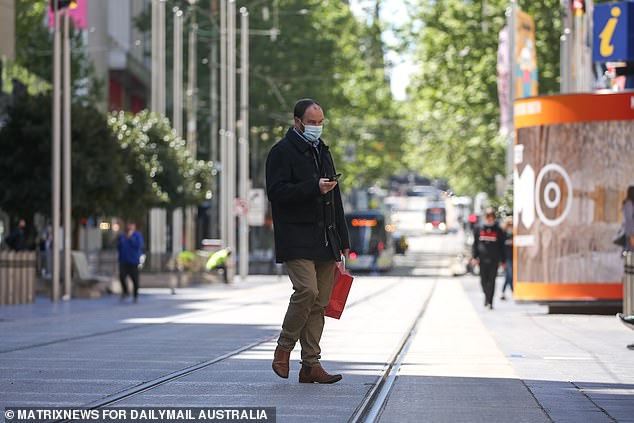 “We essentially have a very important agreement with the Victorian community: you get vaccinated and we open,” he said.

Once 70 percent of the state is fully vaccinated, which is expected to be achieved in about a week, Melbourne’s harsh lockdown will end.

Eighty-seven percent of Victorians over the age of 16 have had their first shot and 62.6 percent are fully vaccinated.

Andrews said there would be discussions in the coming days about when the Melbourne lockdown would end. It was originally scheduled for October 26.

Deputy Chief Health Officer Ben Cowie reiterated that the roadmap is tied to vaccination goals and pressures on the health system, not case numbers.

“I can’t possibly look at the numbers in one day and imagine what it means for the roadmap. The roadmap is there, progress has been agreed,” he said. 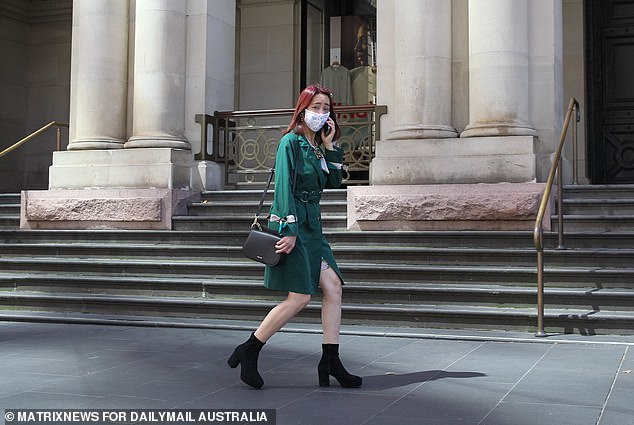 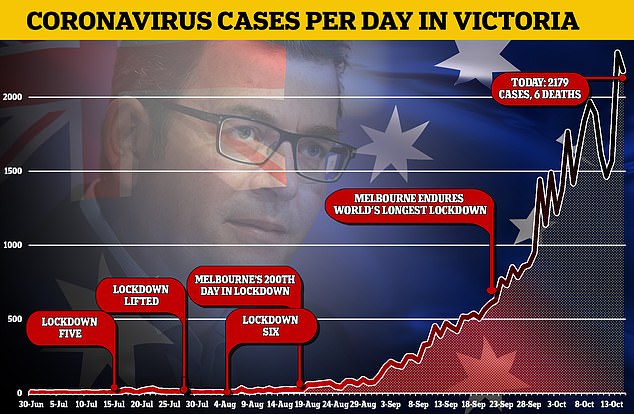 Victoria’s numbers continue to rise, on Thursday the state became the first state or territory to register more than 2,000 daily infections

While Thursday’s increase in cases cannot be attributed to a single event, Professor Cowie said undetected transmission in the community was now “surfacing.”

There were also “disproportionate increases” in regional Victoria, 1,245 newly affected households, and nearly two-thirds of the total were under the age of 40.

Prof Cowie warned that the number of cases would rise as the state reopened.

“As we have more intermingling in the community, more freedoms and people moving, we’re going to see these kind of bumpy roads, there’s no doubt about that,” he said.

Despite escalating cases, he said the percentage of people hospitalized was less than five percent of new cases, compared to nearly 10 percent in 2020. 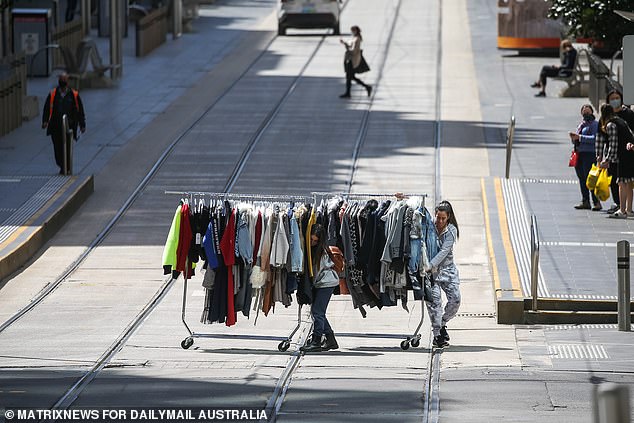 Epidemiologist Adrian Esterman predicts that the peak of the third wave will come in two to three weeks.

He said Thursday’s peak had “virtually no impact” on the virus’s effective reproduction rate, which had increased slightly from 0.99 to 1.02.

“I wouldn’t worry too much about today’s high numbers unless we start to see a trend,” the University of SA professor told AAP.

“Currently, the trend is that if it isn’t reached there will be a peak, but it would take another three or four days to make that judgment.

“Victoria will peak, it’s just a matter of when it will peak, and how bad it will get before it peaks.” 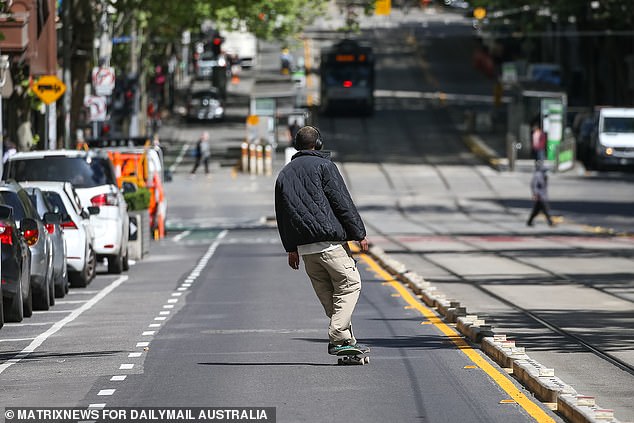 Lockdown is bad for the world, but benefits a skateboarder in Melbourne (pictured on an eerily empty road on Thursday)

Prof Esterman attributed NSW’s low case count to high vaccine rates, and the impact of that state opening wouldn’t be visible until next week.

Burnet Institute modeling, released in September, predicts daily cases could reach 1,400 to 2,900 from October 19 to 31, with a second peak predicted in mid-December.

Robert Durst, 78,is jailed for life for 2000 execution of best friend Susan Berman 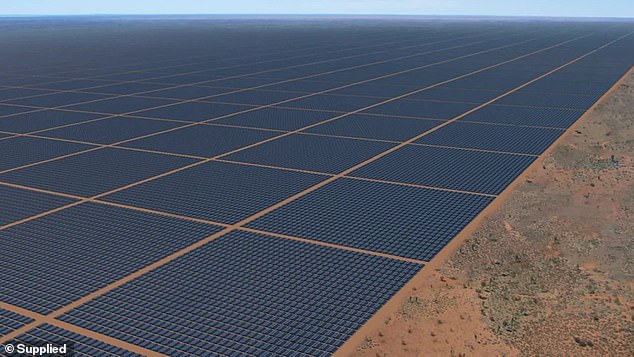 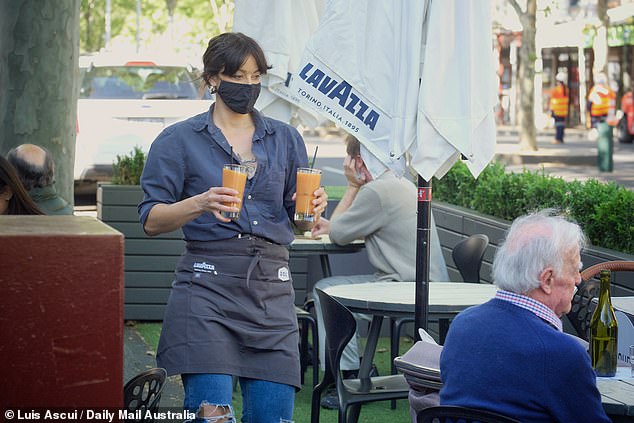