Vitamin supplements: Experts warn there is no evidence that multivits can prevent cancer or heart disease 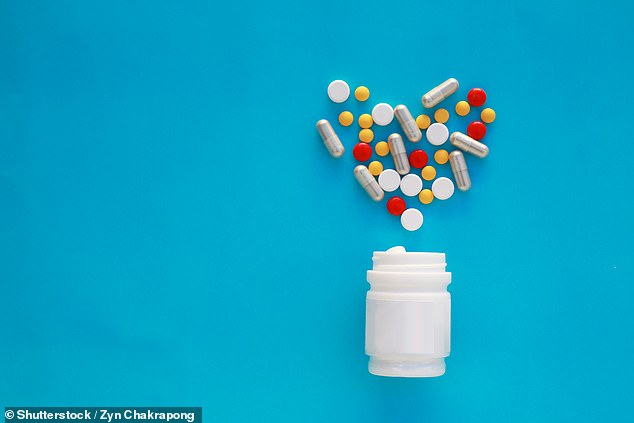 Multivitamins are a waste of money for most people and there is little evidence that they prevent chronic disease.

That’s according to a new report from the US Preventive Services Task Force (USPSTF), an independent panel of experts.

Scientists said supplements are pointless for healthy people because there isn’t enough evidence that they reduce the risk of heart disease or cancer.

The booming supplement industry sees Britons spend £430 million a year on vitamin or mineral pills, with an estimated 20 million taking some form of supplement every day.

More than half of the population in the US regularly takes supplements and spends $1.5 billion (£1.2 billion) annually.

Many claim to reduce the risk of heart problems and cancer, based on the results of small studies.

But the new meta-analysis of dozens of research papers found there’s no evidence to support the claims.

It has issued a special warning about beta-carotene, a popular immune-boosting supplement, which the review found can actually cause harm.

However, the report noted that vitamin-deficient individuals may still benefit from taking nutritional supplements, such as calcium and vitamin D, which have been shown to prevent fractures and possibly falls in older adults.

Millions of us take them daily in the belief that they will keep us healthy and strong and fill any nutritional gaps in our diet.

But those who take multivitamin pills in hopes of reducing their risk of heart disease or cancer could be wasting their time and money, according to a major study.

Indeed, the research suggests that the age-old advice about getting the vitamins you need from a healthy diet high in fruit and vegetable rings is as true as ever.

Britons spend £430 million a year on vitamin pills, and an estimated 20 million people take some form of supplement every day – that’s more than three million more than in the past three years.

Multivitamin capsules are particularly popular because they contain a mix of about ten vitamins and minerals that the body needs to stay healthy.

The Health Food Manufacturers’ Association, which represents the supplement industry, says more than a third of adults feel they are not getting all the nutrients they need through their diets.

But there is little strong scientific evidence that taking multivitamins in tablet form prevents ill health.

The latest study, one of the largest to date, was conducted by scientists from Harvard Medical School in the US and the Karolinska Institute in Stockholm, Sweden.

Researchers followed 21,442 men and women in their 60s for five years, with half given a multivitamin and the rest a dummy pill.

Eating fruits and vegetables is associated with a reduced risk of cardiovascular disease and cancer, researchers say.

So it is reasonable to think that important vitamins and minerals can be extracted and packaged in a pill, saving the effort and expense of maintaining a balanced diet.

But whole fruits and vegetables contain a mixture of vitamins, plant chemicals, fiber and other nutrients that are likely to improve health by working together, they explained.

Individual micronutrients can act differently in the body than when they are naturally packed with a host of other nutritional components.

Some research has suggested that certain vitamins, such as vitamins C and E, may reduce the risk of cardiovascular disease.

Vitamin A, Vitamin C, Vitamin E and beta-carotene contain antioxidants that were once thought to help reduce cancer.

As part of the new USPSTF report, scientists looked at 84 studies of vitamin E, vitamin A, beta-carotene and multivitamins.

Vitamin E — which is usually found in nuts and seeds and helps maintain healthy skin and eyes — studies showed the supplement had no effect on getting or dying from cardiovascular disease or cancer.

Trials in people who smoked or were exposed to asbestos showed an 18 percent higher risk of lung cancer in those who took beta-carotene, compared with those who didn’t.

Beta-carotene is a red-orange pigment found in carrots and tomatoes that is thought to promote skin health.

It stimulates the body to produce more vitamin A, which is important for vision, growth, cell division and immunity.

Overall, the review found that there is “insufficient evidence” for the use of multivitamins to treat cancer or heart disease, the report concluded.

But the team said pregnant women may still benefit from taking vitamins such as folic acid that promote healthy fetal development, as well as those who are deficient in certain vitamins.

Scientists at Northwestern University, in Illinois, supported the new guideline in an editorial JAMAtelling people to stop looking for a ‘magic set of pills’ to solve their medical problems.

dr. Jeffrey Linder, chief of general medicine at Northwestern, said, “Patients ask all the time, ‘What supplements should I take?’

“They waste money and focus because they think there must be a magic set of pills that will keep them healthy, when we should all follow the fact-based practices of healthy eating and exercising.

“The task force isn’t saying ‘don’t take multivitamins,’ but the idea is that if these were really good for you, we would know by now.”

He added: “Instead of spending money, time and attention on supplements, it would be better to focus on activities with lower risk and greater benefits.”

But Dr. Natalie Cameron, an instructor of general internal medicine at Northwestern University, said vitamin supplementation and optimizing cardiovascular health prior to pregnancy is an important part of prenatal care.

She said: ‘Pregnant individuals should note that these guidelines do not apply to them.

‘Certain vitamins, such as folic acid, are essential for pregnant women to support healthy fetal development.

“The most common way to meet these needs is to take a prenatal vitamin.

“More data is needed to understand how specific vitamin supplementation may affect the risk of adverse pregnancy outcomes and cardiovascular complications during pregnancy.”

Final statements begin in trial of ex-boyfriend of Elizabeth Holmes

Rural people share the complaints of ‘righteous townspeople’ who complain…

Ryan Giggs trial: Ex-footballer denies headbutting his girlfriend but admits they had…