WATCH: Passenger films his SpiceJet Boeing 737 catches fire after birds are sucked into the engine

185-passenger airline pilot is forced to shut off left engine after birds are sucked into turbine on takeoff, causing it to catch fire

This is when a passenger plane with 185 on board had a bird strike during takeoff, causing flames to shoot out the rear of one of its engines.

The SpiceJet Boeing 737-800 was taking off from Patana, India when its port engine caught fire.

A passenger sitting just aft of the wing showed flames running down the side of the plane.

The footage shows the plane racing down the runway and moments after it takes off, the engine takes in several birds.

The pilot and the first officer were forced to go through with take-off because they would not have enough orbit to land safely and stop.

A clip showed flames emanating from the rear of the 15-year-old plane’s engine.

A passenger on board a SpiceJet flight from Patana, India was filming from the port window when they saw the engine catch fire on takeoff 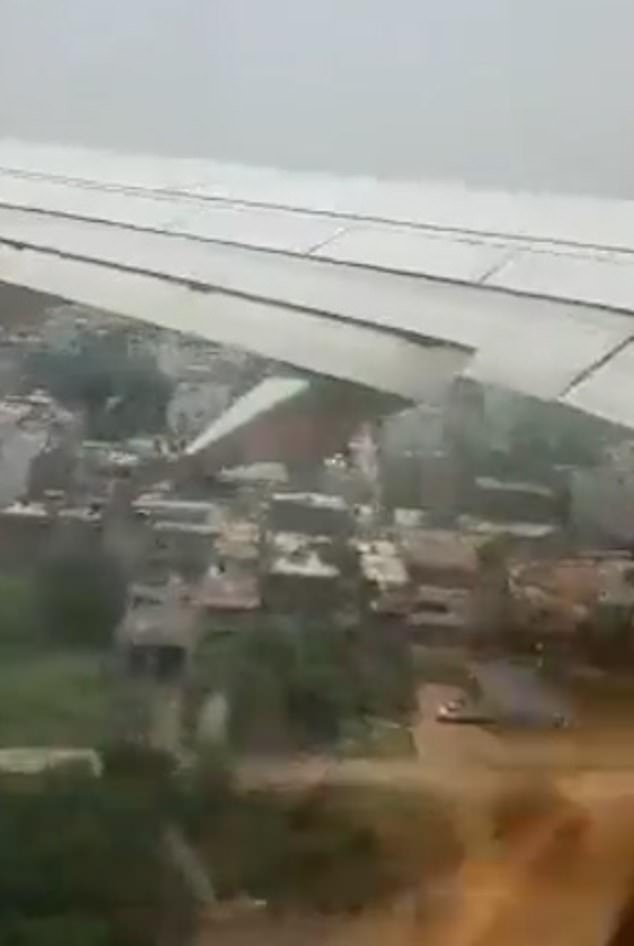 The pilot turned off the surging engine before returning to Patna airport without further incident. None of the 185 people on board were injured

Due to the engine problem, the captain chose to return to Patna where the aircraft landed safely with no injuries to the passengers and crew.

The flight crew turned off the port engine due to the heaving flames which could have caused further damage to the aircraft. However, a modern twin-engine passenger plane can fly with pleasure on a single engine.

However, investigators from the Directorate General of Civil Aviation (DGCA) have launched an investigation into the incident

The captain decided to return to Patna and the passengers breathed a sigh of relief after the plane landed today (19).

The Directorate General of Civil Aviation (DGCA) said the plane was hit by a bird before the left engine shut down.

A Spicejet spokesperson said the crew suspected a bird had hit the engine after take-off.

According to AvHerald: ‘The crew arrived at about 2500 feet, turned off the engine and returned to Patna about 20 minutes after departure for a safe landing on runway 25.

India’s DGCA reported that an engine had swallowed a bird and was shut down.

The airline reported during the pre-takeoff rotation that the No. 1 engine suffered what the crew suspected was a bird strike. The crew turned off the engine and returned to Patna. A replacement flight is being arranged.’