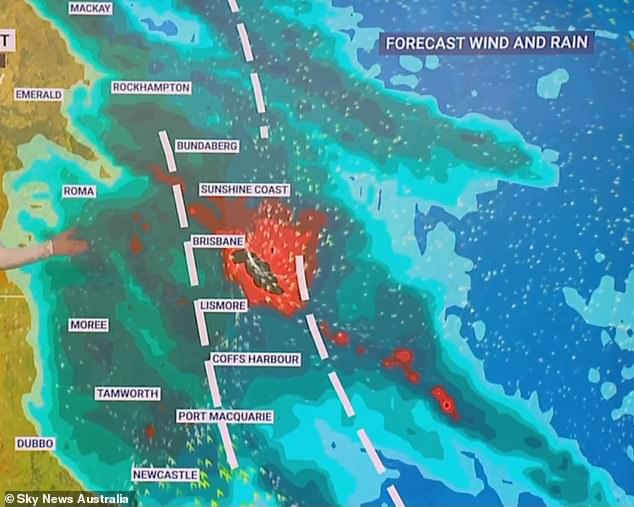 A storm event across Australia is set to bring even more rain this weekend, with all major cities expected to be wet and cloudy.

Continued rain is forecast to fall in central and northeastern Queensland from Friday, bringing heavy rain from Longreach into northeastern NSW.

That wet weather system is expected to form a rain band that will move east towards Brisbane.

As this happens, a separate system in NSW will also move north toward the Sunshine State, creating a widespread storm on Saturday morning stretching from the central Queensland coast to northern NSW.

Weatherzone meteorologist James Rout said the rain will create dangerous conditions along the south coast of Queensland and the north coast of NSW. 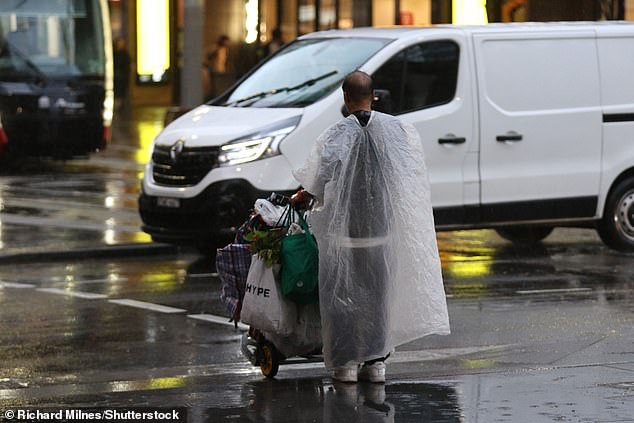 Windy conditions can also affect the Illawarra and Sydney region of NSW.

Mr Rout warned that the heavy rainfall could lead to flooding in already saturated areas.

“There is a risk of flooding in south east Queensland and north east NSW overnight and tomorrow morning,” he said.

“Indigenous regions should be alert to minor flooding, particularly the Northern Rivers in NSW and the Darlings Downs and Granite Belt in Queensland.”

Mr Rout urged residents of these regions to keep an eye on the flood warnings. 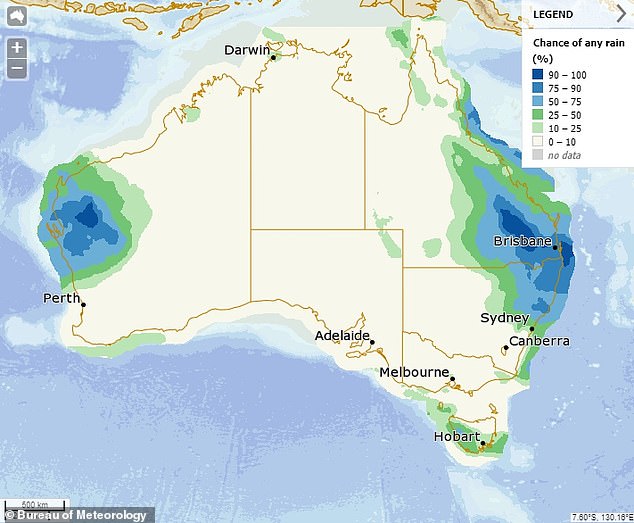 The storm is expected to concentrate over Port Macquarie alongside windy and dangerous conditions.

Light showers are expected to spread to Moree, Lismore and Newcastle.

The storm system will ease Sunday morning, but southerly winds will continue to bring light showers in the Blue Mountains and Canberra through late next week.

Sydneysiders can expect up to nine days of rain before the showers finally subside by the end of next week. 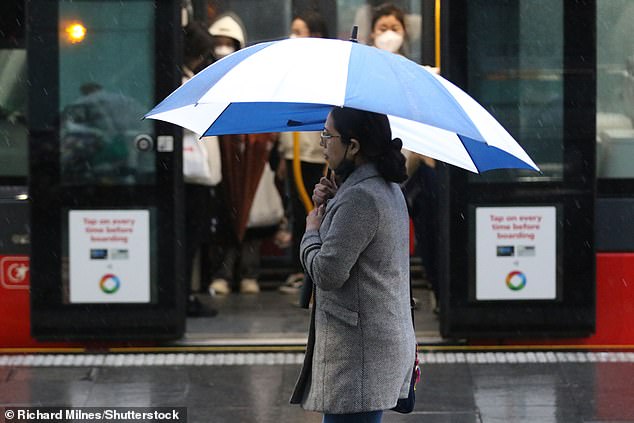 “Southern and easterly winds will clear on Wednesday before a new system moves into Sydney from the west on Thursday,” said Mr Rout.

He said a high-pressure system is expected to reduce rain next Sunday and provide Sydney residents with sunny weather for a few days.

Further south, Melbourne is forecast to see light showers on Friday morning, easing into the afternoon.

It’s a similar story for Saturday with light showers expected for the morning but decreasing later in the day. 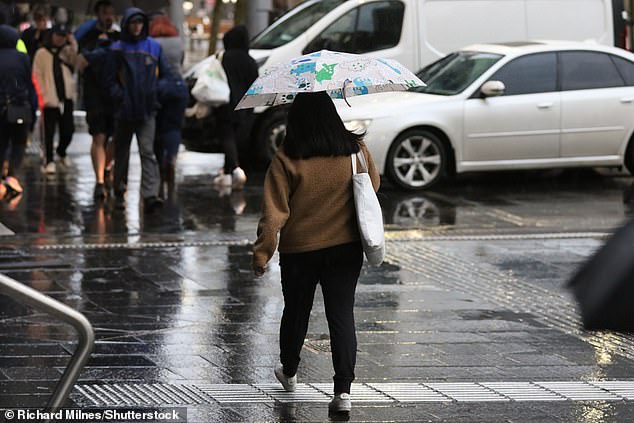 Melbourne and Sydney are forecast to see showers this weekend, heading into next week

The city is expected to remain cloudy for the next week, with lows below 10C and highs in the mid-teens.

Heavy rain, driven by a low pressure area and a trough, will hit the WA coast starting Friday afternoon.

Over the course of the night, the system will form into a rain band that will move eastward throughout Saturday and slowly decline on Sunday as it moves over Alice Springs.

The heavy rain system is expected to bring rain for several months in some areas with visibility up to 25mm. 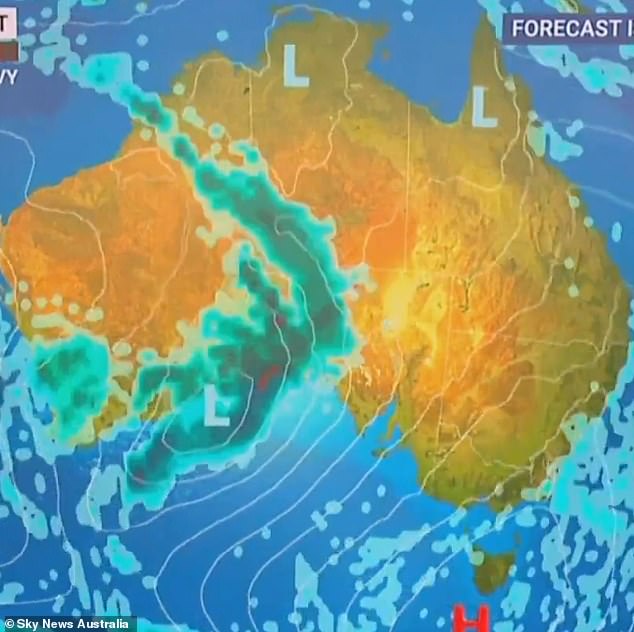 Darwin is avoiding most of the rain, but remains cloudy over the weekend with possible light showers early Saturday morning.

Tasmania is forecast to see the end of the QLD and NSW heavy rain system with light showers forecasted through early next week.

Adelaide will see some of the system’s cloud cover, but no rain is expected.

While many flooded cities are still reeling from the devastation caused by La Nina, meteorologists warned that a new wet weather system is on the way, a southern annular mode.

“The Southern Annular Mode, or SAM, is a climate driver that lasts for a few weeks,” Rout said. 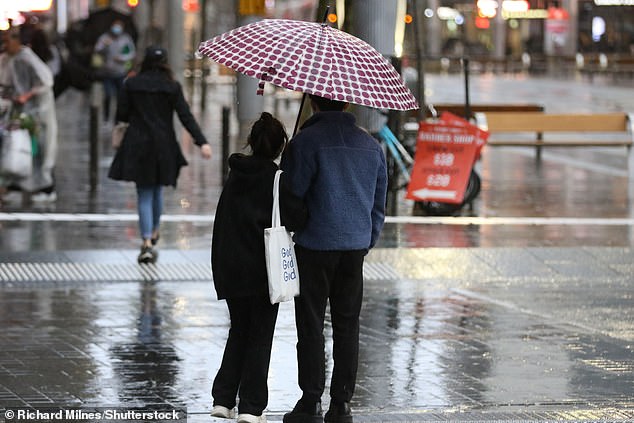 ‘It is a high pressure area that goes around the world and is sometimes further south or further north.

“Right now it is further north, so in a positive position, preventing cold fronts from traveling further into Australia and concentrating rainfall in the south and east of Australia.”

SAM’s positive position is expected to last for about two weeks.

The positive SAM means NSW and ACT can expect a very wet start to the spring, with parts of the states expected to gain more than 300mm in the four weeks.

The rain will subside on Saturday. Min 14 Max 21